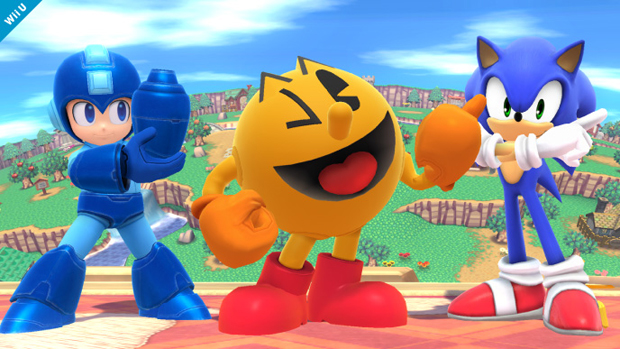 Spectating in Super Smash Bros. is my jam

“Would you like to bet your earnings and try to extend your win streak?” Hmm.

I was going to call it quits in Super Smash Bros.‘ Spectator Mode. I had too good of a streak going to continue pressing my luck, but the break between rounds doesn’t give you much time to contemplate. Gotta lock in your player and the right coin amount before it’s too late.

Some bets are no-brainers with win percentages and character match-ups that appear one-sided. Others, not so much. So you decide to pick someone at random only to realize your financial success now rides on a total chump. I mean, you may not be an expert Smash player yourself, but at least you’re not this guy. What’s his deal? You knew you were screwed five seconds in.

Pac-Man wasn’t that guy, or so I thought. He looked promising going into the match and, to be fair, performed all right. A little sloppy at times and greedy at others, but respectable.

Then it happened. In the match’s final moments, the Smash Ball appeared and Pac-Man — my Pac-Man — managed to nab it. I was so proud. The other three fighters were off to the side of the stage, bunched up and distracted. All he needed to do was swoop in to claim sweet victory.

But … he he held onto it. There was no Final Smash, no comeback. In fact, not only was there no Super Pac-Man to save the day, there wasn’t any movement, either. He just sat there and gave up. If he were an emoticon, he’d look like this. So the round ended and I lost a bunch of coins.

Now, I’d say I learned a lesson here, but that’s untrue — I’ve already re-earned those coins and lost them all over again by making poor bets. Such is life in Spectator Mode. It’s great.