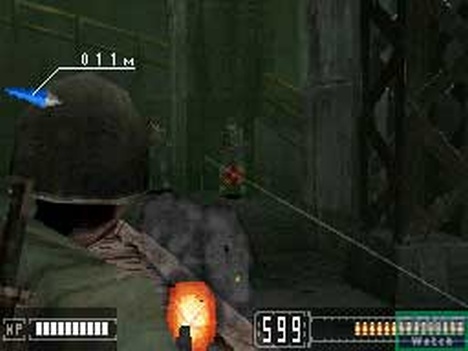 While I’d have far preferred another game as unique as Onechanbara from E3 Publisher, you can definitely tell they are focused on foraging through new territory with their upcoming title Unknown Soldier: Mokuba no Houkou (Unknown Soldier: Howl of the Wooden Horse). It looks to be a World War II themed FPS, and not such a great one at that.

Truth of the matter is, though, that D3 somehow make compelling, often addictive games regardless of the way they look, so despite the fact I don’t play FPS titles I haven’t left the room just yet. The genre is not overly popular in Japan, but the game is slated to come out this October, with no confirmed US release date just yet. One more strike against it is that it is not part of the Simple Series (D3 titles that retail for $20).

We’ll see how it fares, but it seems to me that the Japanese would rather spend their hours beating nigh-impossible MMO challenges than blow things up as a grunt soldier. You could have made a sequel to Earth Defense Force, D3! Believe it or not, some people want that!

[Via Siliconera – Thanks, Adam]