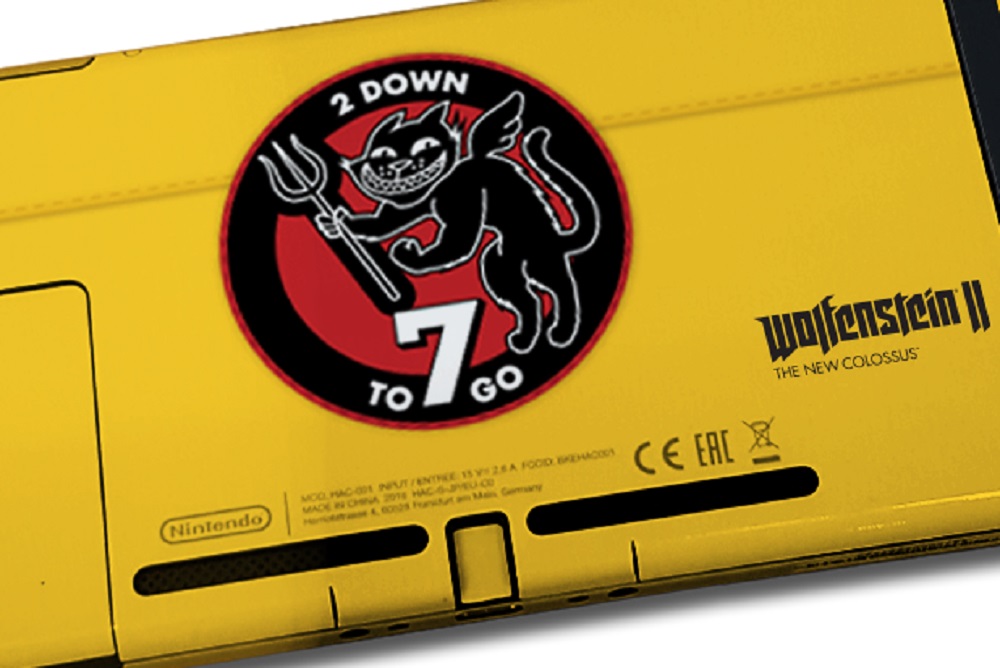 Shooter’s Switch port will be playable at event

The official Wolfenstein twitter has announced that the Nintendo Switch port of 2017’s hit shooter Wolfenstein II: The New Colossus will be playable next month at PAX East.

The MachineGames developed sequel, which sees hero B.J. Blazkowicz and his rag-tag gang of rebels take on The New Order, released last year to very positive reviews. Switch fans have been eagerly awaiting the pocket-sized port, which is scheduled to release this year, so it will be great to see the build in action.

Not only that, but a competition will be held to give away a cool custom Switch console, featuring a slick yellow-and-black design and emblazoned with the “2 down” logo that B.J. sports on his similarly-coloured jacket. Lucky viewers, watching the event online, could also bag themselves a custom console.

Get a first hands-on with Wolfenstein II for #NintendoSwitch at our #BethesdaGameplayDay on April 7 in Boston! You’ll have a chance to win this custom #Wolf2 Nintendo Switch console, too! #PAXEast https://t.co/8K2QbpqZma pic.twitter.com/klTO9CoLFV