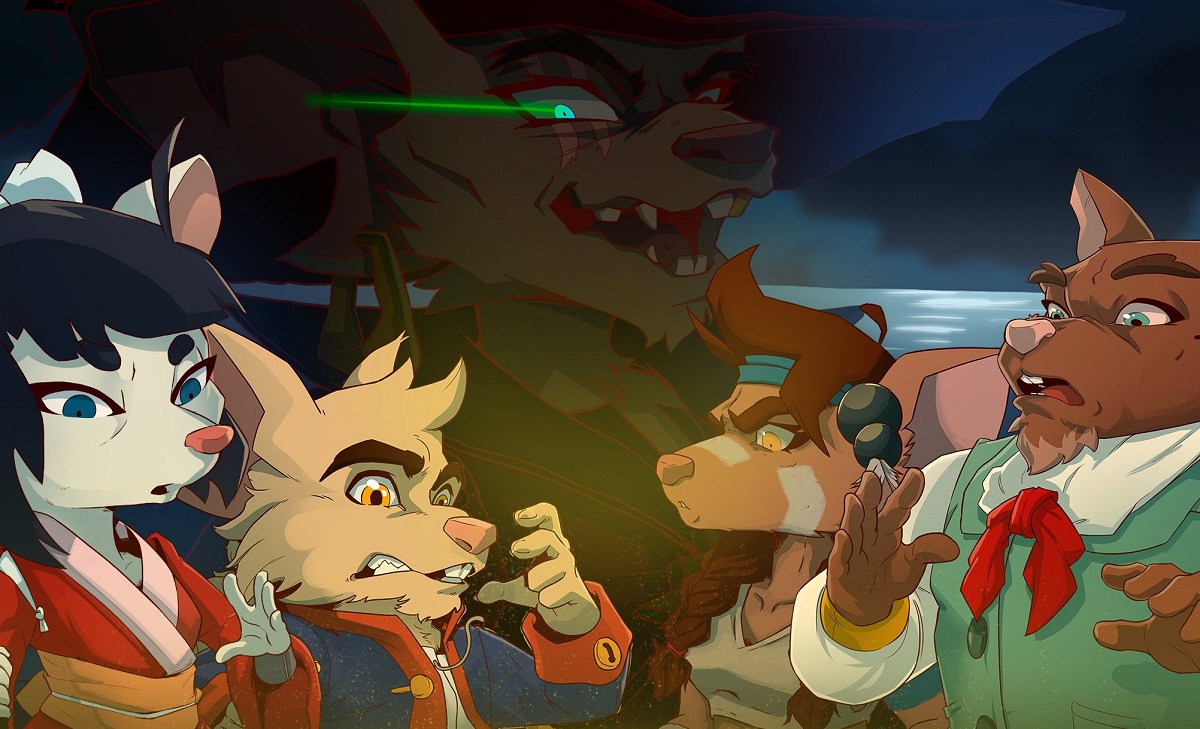 Petoons Studio’s long-in-development adventure title Curse of the Sea Rats is finally ready to up anchor and set sail on the indie seas — The “Ratoidvania” will finally launch on PC and console platforms April 6, bringing its animated anthropomorphic action to players everywhere.

Curse of the Sea Rats, as we have reported many a time, is the tale of a party of British colonial prisoners, who find themselves cursed by the wicked pirate witch, Flora Burn. Now morphed into rodent form, it is up to rebellious heroes David Douglas, Buffalo Calf, Akane Yamakawa, and Bussa to journey far and wide, battle their way across the Irish coast, locate Flora Burn, and have her return them to their human form.

Of course, the odyssey will be a difficult one, as our uniquely skilled quartet will face an array of dangers and an army of enemies — all itching for a bout of pint-sized pugilism. A brand new trailer, which you can check out above, introduces us to some of the boss characters that await David & Co. including the killer crab Krabawaki, the sadistic Freddy Eightfingers, the beautiful but deadly Rama Cinnamon, and bad boys Fatso & Fatsie. It’s gonna be a fight, that’s fer true.

It’s been three long years since we first wrote of Curse of the Sea Rats, and the team at Petoons has been plugging away at their challenging adventure every day, week, and month since. Supported by a passionate player community, and with a release date now on the horizon, here’s hoping that the team’s dedication and hard work will pay off, delivering a pint-sized epic for adventure fans, whiskers and all.

Curse of the Sea Rats launches April 6 on PlayStation, PC, and Xbox platforms.