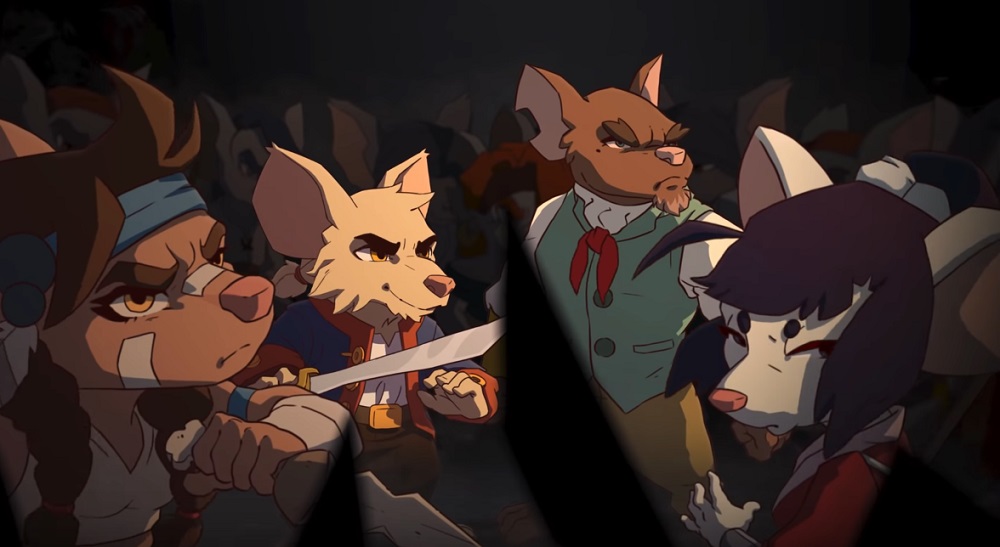 Great-looking “Ratoidvania” Curse of the Sea Rats might have absolutely smashed its initial Kickstarter goals, but developer Petoons Studios isn’t done raising capital just yet. The latest treat being offered to backers is this exclusive physical release, known as the “Black Flag Edition.”

The Black Flag Edition contains a physical copy of Curse of the Sea Rats on PS4 or Nintendo Switch, a selection of art postcards, a treasure/game map, a sticker sheet, and an exclusive comic book. Backers can buy into this edition for €35, or roughly $45 USD in addition to your original backing bid. This tier also qualifies for a digital soundtrack, art book, and beta access for the PC port.

Curse of the Sea Rats is an anthropomorphic adventure that sees a band of pirates transformed into rodents by the terrible witch Flora Burn, (that’s “terrible” morally, she’s clearly quite skilled at her vocation). These four uniquely talented characters then embark on a swashbuckling journey across an island filled with puzzles, traps and enemies, seeking to track down Flora and regain their humanhood. Frankly, I think their lives look far more exciting in rodent form.

Curse of the Sea Rats is currently in development for PS4, PC, Xbox One, and Nintendo Switch.