I felt more relaxed in a boss fight

For my money, Cuphead has unrivaled art direction and animation in the gaming space, but how does it actually play? Is it fun or frustrating? Well, it depends which side you’re talking about.

After trying Studio MDHR’s run-and-gun title at E3, I’m with Steven: the boss fights — the main appeal of Cuphead — are lovely to look at and figure out on the fly. That’s reassuring.

I tried one of the shoot-’em-up fights, “A Threatenin’ Zeppelin,” and lost track of how many attempts it took me to mostly get the patterns down and scrape by with an eventual win. But I loved it.

Between the pointy-nosed boss’s projectile laughter (literal on-screen HA HAs), intermittent helper enemies flying in to pop off shots, a gargantuan tornado that tended toward my character’s airplane, and homing star attacks, there was a lotta stuff coming my way. Still, I never got mad (and I say that as someone who is definitely capable of getting upset at tough games). I was too caught up with incrementally improving my reflexes and muscle memory. No matter how many times I crashed and burned, I always seemed to be on the cusp of breaking through. That’s a great place to be. 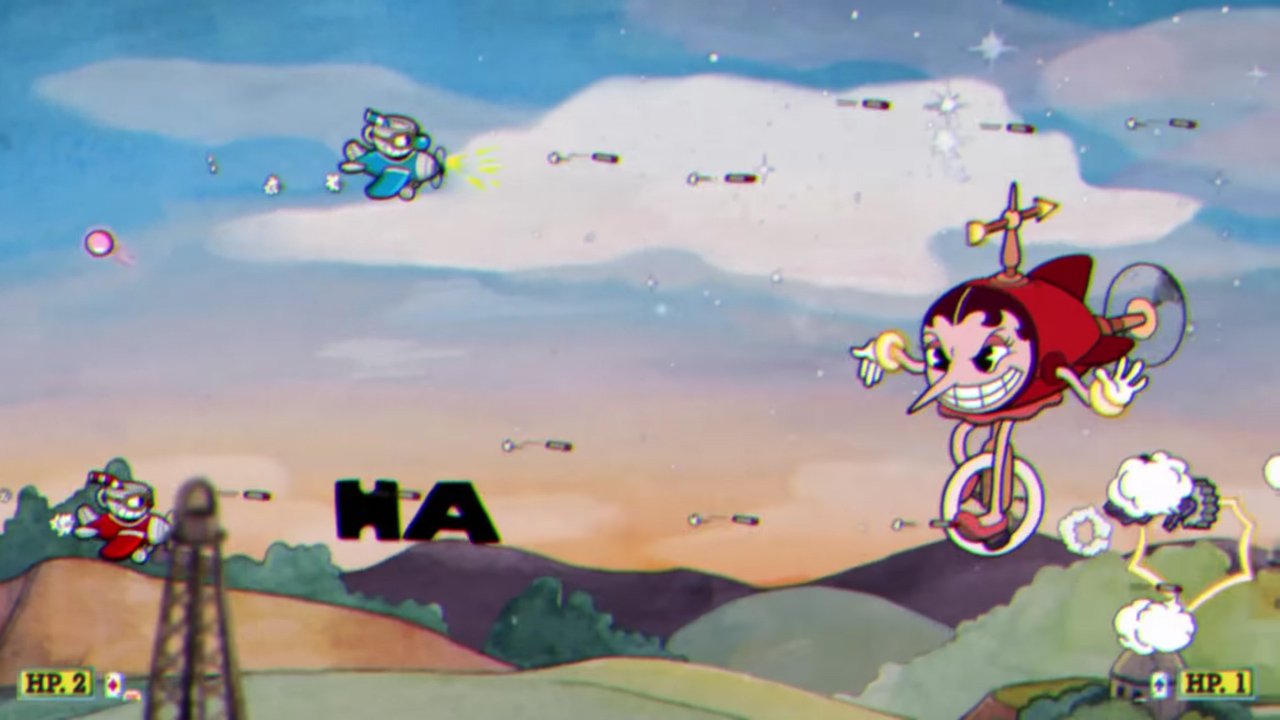 The other level I played, a forested side-scrolling sequence, didn’t go quite so well. If you saw that recent platformer gameplay video, you probably know the score by now — it’s a whole bunch of critters dropping in from all directions. They’re incessant! I felt pressured to keep moving and shoot down only the ones directly blocking my path forward. Every second I spent killing stragglers was another second closer to getting hit and ultimately dying. Co-op helps mitigate this, sure, but there’s also the level design itself. It felt rudimentary. Compared to the rest of Cuphead, that’s a letdown.

I still very much anticipate the full game, and if you like the idea of a gorgeous-looking boss-rush game, you should too. I just fear it’s going to be a bit uneven.