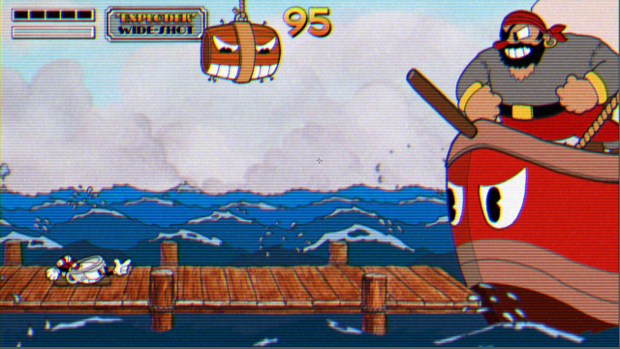 I can’t believe Cuphead has only been in my life for less than a month after its quick E3 showing. I’m so attached to it already. It’s the game I didn’t know I needed. Forget these tired, 20-year old nostalgia trips. Every single Greenlight, Kickstarter, and indie darling needs to be in painfully detailed 1930’s style animation. I won’t settle for less.

Of course, that painful detail takes some time. Chad and Jared Moldenhauer have been working on Cuphead since 2010 and it’s about 40% done, they told Kill Screen. Good thing it’s still slated for 2015, though.

I love that there’s a playable over world — with some secrets and sidequests — that gives way straight to a series of unique boss fights (over 30!), rather than it being padded out with a lot of typical enemy encounters. As for talks of trilogy, “Moldenhauer was just spitballing, but he envisions a set of expansion packs which build on the weapons and elements introduced in the first game, sorta like the Sonic & Knuckles cartridge re-made earlier Sonic games.”

Cuphead is roughly 40% done, but hey, it’s gonna be a trilogy [Kill Screen]