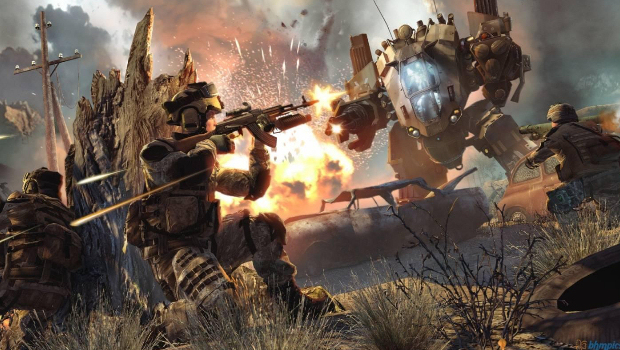 Crytek’s love of free-to-play is no secret, but it hopes to consummate its romance sooner than one may expect. The CryEngine developer plans to move entirely into the market within the next five or six years. Expect a ton of CryCrotransactions in the near future!

“We decided five or six years ago that we want to marry the quality of triple-A games with the business model of free-to-play,” said CEO Cevat Yerli, in GamesBeat. “And at that time, we decided some other games, in some of our other studios, would head in this direction. But we kept pushing the quality bar higher on our console business, which is the main dominating business for the Western world, but we are observing, plainly — and we see this already with Warface –– that the free-to-play market is on the rise. I think over the next two to three years, free-to-play is going to rival retail with quality games like Warface.”

As Crytek moves to become a pure F2P developer, it hopes its own digital distribution service, G-Face, will be the home of the market. Essentially, the company aims to have a Steam-like service dedicated solely to free-to-play titles.

I like the idea of free-to-play games, and I’m interested in Crytek’s plans, but as I’ve said recently, I feel the entire market’s being bastardized and saturated by publishers who don’t get it. I fear that, in five years’ time, the free-to-play market will go the way of the MMO — exploited, overdone, and thoroughly repellent due to the ravaging of locust-like companies.

Crytek CEO: Our goal is to ‘transition entirely’ to free-to-play games in 2 to 5 years [GamesBeat]