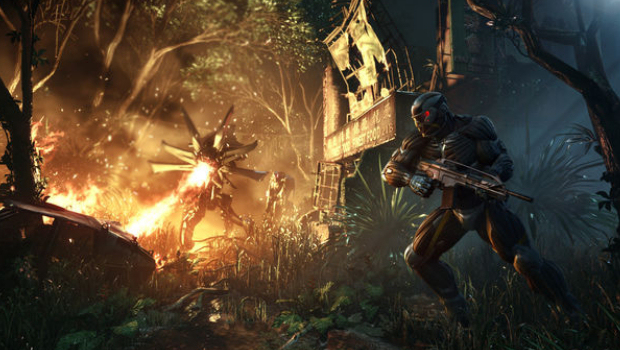 Crysis 2 has the distinction of being 2011’s most illegally downloaded PC game, but Crytek strangely doesn’t feel honored. With Crysis 3, the studio is aiming to be more stringent in tackling piracy.

“It’s unfortunate that you don’t win any awards for most downloaded game,” said senior creative director Rasmus Højengaard. “But yeah, obviously it’s something we’d like to address. Certainly people apparently really want to play our games, they just don’t wanna buy them. So we’ll do what we can, but whatever that’s gonna be is hard to say yet.”

Although I really enjoyed Crysis 2, common consensus seems to be that it was disliked by gamers. That lack of faith, coupled with people wondering whether their computers could run the thing, is being named as the reason for piracy by some folk. Then again, a demo was released for PC, a fact many people seem to overlook.

Maybe it was just a secondhand victim of Electronic Arts’ decreasing popularity with an increasingly angry fanbase. Who knows? I just hope Crytek fights piracy the right way, rather than inconvenience and punish the paying consumers.

Crytek on piracy: people “want to play our games, they just don’t want to buy them” [PC Gamer]