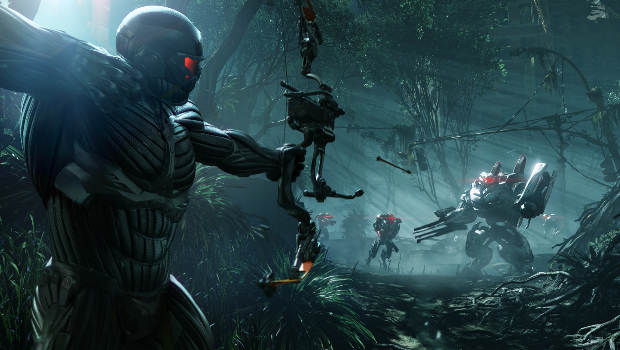 Following last week’s leaks, Electronic Arts has had no choice but to spill the beans and announce Crysis 3, revealing its 2013 release projection and limited edition plans.

Crysis 3 returns to New York, with Prophet returning to find the city trapped in a “Nanodome” by the Cell Corporation. It promises “seven distinct and treacherous environments” as the city becomes engulfed in natural flora, having turned into an “urban rainforest.” This seems to confirm suggestions that the game would blend the jungle setting of the first game with the city environments of the second.

Gameplay has been described as “sandbox,” so don’t expect it to be as linear as the last one.

Pre-order bonuses have already been revealed, with select retailers offering various multiplayer packs, detailed below. Furthermore, the Crysis 3 Hunter Edition is available to pre-order now, and includes the “Hunter” Nanosuit module, a bonus XP boost for the multiplayer, three exclusive dog tags, and a unique skin for the debuting composite bow weapon.

Crysis 3 will be available in Spring of next year.