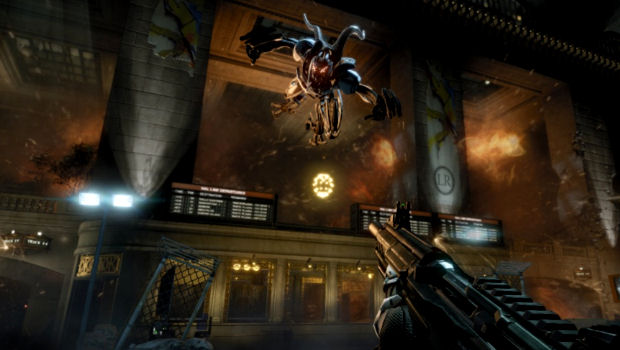 Crysis 2 has become Electronic Arts’ most popular release so far this year, beating out other major titles such as Dragon Age 2 and Dead Space 2. According to the sales figures, the Xbox 360 was the most popular console too, thoroughly dominating the PS3 and PC.

The 360 accounts for 57% of Crysis 2‘s sales, with the PS3 taking 29% and the PC raking in a miserable 14%. Maybe they were too busy torrenting it or something.

This news is notable for the fact that Crysis was always a major PC title and being able to run it was the hallmark of a powerful gaming computer. PC fans have been upset at the console inclusion, blaming it for “dumbing down” the game and not looking pretty enough without manual tweaking.

I wouldn’t expect EA to care much now, though, since the PC is apparently not where the money is. Can’t fault people for wanting their games to actually sell, y’know?