It’s come to my attention that, due to the harsh opinions of some Destructoid editors (chiefly myself, of course), some of you have taken to believing that this site is “anti-3DS.” Naturally, nobody has ever had a critical opinion of something they like — any negative opinion is evidence of pure, unfettered hatred, right?

Well, no. Only fools and the willfully ignorant think like that. You’re not an ignorant imbecile, are you? Surely, you’re not too stupid to see that a lot of the harshest criticism out there comes not from a place of hate, but of love. 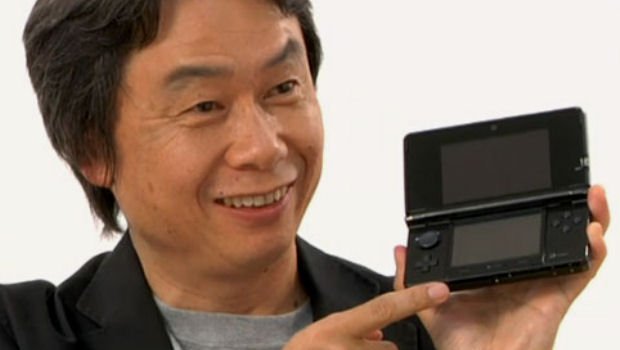 I’ve been fascinated by handheld gaming ever since I was a child. The allure of being able to play my favorite videogames away from the living room — be it outside, on a trip, or even just in bed — caught my imagination at a very young age.

As a solvent adult, I’ve made it a point to indulge the fascination of my formative years and obtain handheld gaming machines in all their glorious forms. Be it a PSP, a DS, an Android phone or an iOS device, if it’s got portable games, I’ll find a way to play it.

The 3DS had a huge amount of support from Destructoid when it was first announced, and few were more excited than myself. More than the 3D gimmickry, the simple promise of an analog nub, tilt controls and enhanced graphics were enough to convince me it’d be a solid bit of hardware, and the promised embrace of a real digital distribution model was beyond exciting. Unfortunately, the reality has fallen far short of expectations, and I’m of the belief that letting one’s disappointment be known is wholly reasonable and tremendously important.

The 3DS, as a plucky little bit of hardware that’s doing the best it can to amuse, is difficult to hate. It’s a dedicated gaming device in a market that’s edging away from dedicated gaming devices, and I find that somewhat admirable. It’s nice to see a system that puts games first and allows them to be played as quickly and simply as possible. Yes, the whole cartridge format is outdated, but at least it lets you slap in some software and start playing straight away, without extraneous loading times or mandatory updates. I can respect that.

What I don’t respect, however, is Nintendo’s mishandling of the device. That’s the bone of contention here, not the hardware itself. In fact, any criticism I’ve seen on Destructoid is staunchly pro-3DS. I can only really speak for myself, but it should stand to reason that nobody would get so riled up about a topic unless they truly, wholeheartedly cared about it. I’ve only ever “attacked” the 3DS because I want it to be better, not worse. 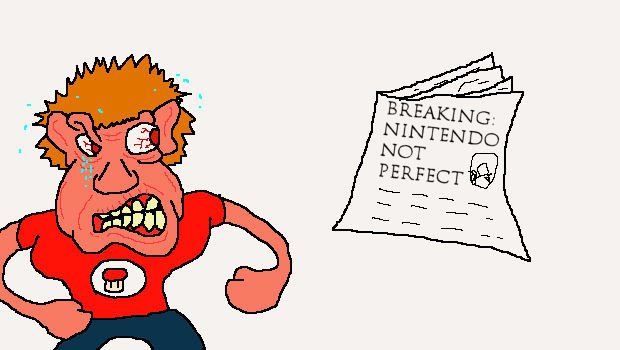 The Nintendo eShop is a worthless load of shit: it’s poorly organized, sluggish and overpriced. Nintendo continues to churn out boring Virtual Console releases and think that Urban Champion is a worthwhile game to bring to the 3D Classics section — which, by the way, has only seen one game added in North America to date. When I verbally tear the eShop apart, it’s not because I want it to fail. Anybody with a brain ought to see that it’s being attacked out of sheer exasperation because it’s blatantly obvious that the marketplace could be better. It should be better. Thursday shouldn’t be National “Which Crappy Game Is Nintendo Going To Disappoint Us With?” Day. If I didn’t love the 3DS, I wouldn’t be so pissed that Nintendo is spewing garbage onto its digital marketplace and thus training our brains to marry thoughts of the eShop to feelings of disgruntlement.

The same goes for the fact that Nintendo released the system two months early. It has been out for several months, and I’ve barely touched my unit since I bought it. I got to play Link’s Awakening and Ocarina of Time 3D, as well as a handful of Game Boy games, but that’s simply not good enough. Nintendo barely had anything to show at this year’s E3 that we hadn’t already heard about, and that leads me to think that the 3DS will be suffering a software shortage for some time to come.

Again, if anybody hated the 3DS, why would they care? It’s not like we’d want to touch the system, right? Simply put, I want to play with my 3DS, and that is why I am annoyed. I’d play with it every day if I could, but there’s just not enough compelling stuff out there. The launch lineup was a joke, and it seems that good games are being launched in dribs and drabs. Yes, good stuff is coming, but it seems we’re waiting a long time between games to get anything.

Does being frustrated at not having enough reason to play with a 3DS sound like hate to you? If it does, then you might need to go remedial school to drag your brain up to a level of passable human intelligence. 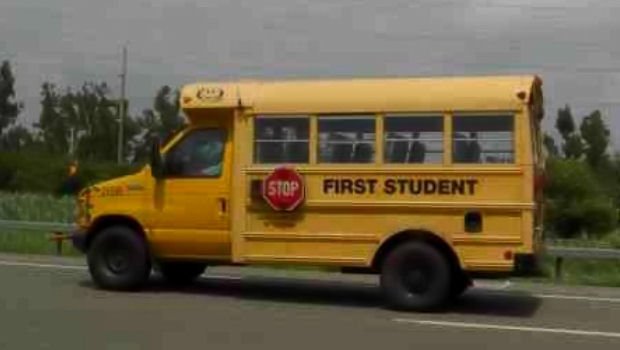 For those people who believe silly things: Nobody around here “hates” the 3DS, outside of the paranoid little world of “bias” you’ve dreamed up for yourself, where everybody exists purely to attack things you like. If anything, I’d argue we’re bigger fans of the 3DS than you are, because we give enough of a shit to care when something is being handled poorly and the device is not living up to its potential. If anybody’s doing the 3DS a disservice, it is the type of person who mindlessly defends everything Nintendo has done with it, applauding like trained apes over every stupid move the company has pulled. Refusing to register a problem isn’t going to help anything.

Writing off critique as nothing more than “anti-3DS” sentiment glosses over the issue at hand. Trust me, if there were more positive things to be said about the 3DS, I’d gladly say them, but we don’t live in a magical world where Nintendo is delivering great digital content and releasing hardware with the customers — not the shareholders — in mind. That’d be a wonderful realm to inhabit, but it’s not reality. Sorry.

So I know for a fact that I’ll continue to “hate” the 3DS, because I love it and I want it to be better. I expect more from my expensive electronic products. I don’t expect a company to sit on its laurels and think that a highly restricted collection of built-in minigames and Game Boy Tennis is enough to justify $250 of my money. When I know something can be far superior to its current incarnation, I’m going to say so, because I believe that shutting up and taking what’s handed to me isn’t the way to get better things.

What I’m trying to say is that if you think Destructoid is anti-3DS, then you should fuck off because you’re an idiotic prick.