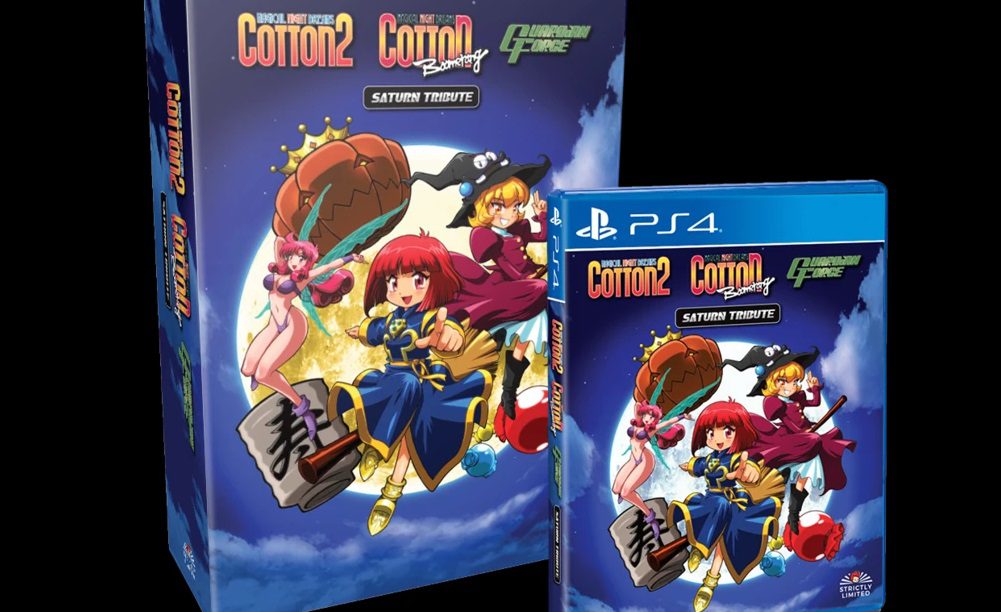 As rare as the rarest of Willow

Physical media purveyor Strictly Limited Games has announced that it will be opening pre-orders for its Cotton Guardian Force Saturn Tribute Collector’s Edition on October 17. The boxed edition of ININ Games’ retro shmup classics will be limited to a format of 1,000 copies on PS4 and 2,500 copies on Nintendo Switch.

The colorful box set will contain a physical copy of Cotton Guardian Force Saturn Tribute — collating Sega Saturn releases Cotton 2, Cotton Boomerang, and the thematically similar Guardian Force — as well as a treasure trove of booty including a poster, several replication arcade flyers, a CD soundtrack, hardback artbook, a mug and cute “teacup character,” character cards, an enamel pin, and a sticker sheet. How stickers became a thing again, I don’t know. I’m here for it. 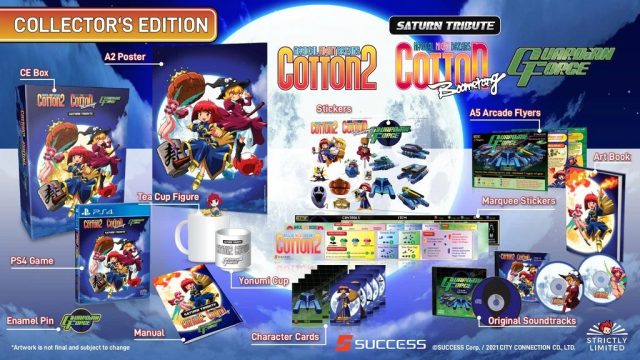 The Collector’s Edition will retail for €69.99 (or roughly $81 USD) not including shipping or any potential customs charges. Strictly Limited ships worldwide, so if you’re a die-hard Cotton fan living outside of Europe, you’re in luck. At the same time, the retailer will also open pre-orders on a standard physical edition of Cotton Guardian Force Saturn Tribute, again limited to the format size listed above. This edition will retail for €39.99 (or roughly $46). Both editions are expected to ship in February 2022.

It bears noting that the three titles included in Cotton Guardian Force Saturn Tribute are already available digitally on both PS4 and Nintendo Switch. Some dedicated shmup-heads have complained that the titles feature input lag, with some claiming the games are “unplayable.” ININ Games has responded to these complaints, promising the release of a patch at some undisclosed point in the future. It’s worth bearing this in mind when considering your purchase of the compendium.