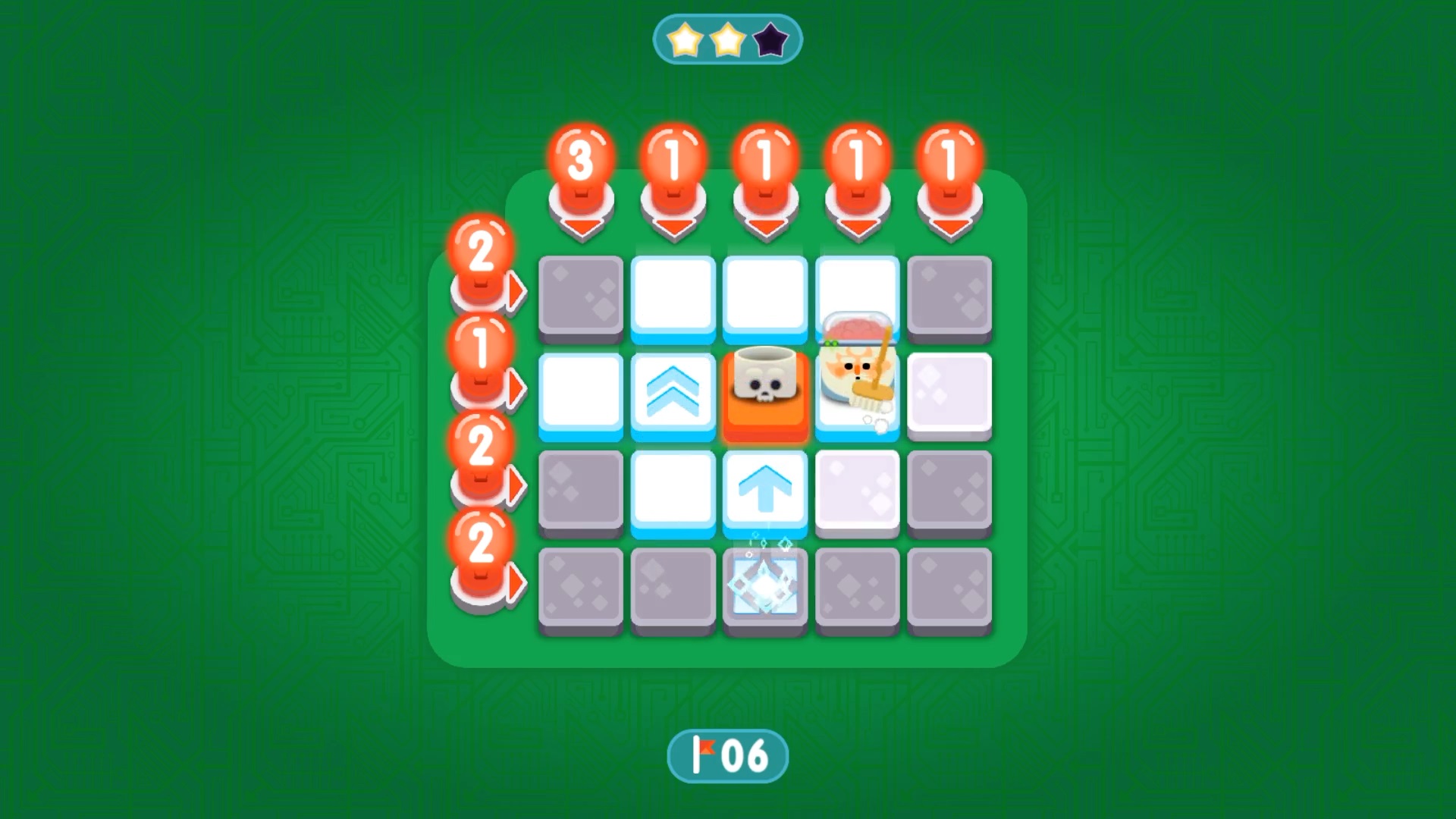 Feel like a friggin’ genius with today’s contest: Win a Switch, PS4, or Xbox One copy of Minesweeper Genius.

I love kooky, off-the-wall kinda stuff. Take Minesweeper Genius for instance — the whole premise is that aliens have cloned Aristotle, and in order to extract his genius they’re making him solve a bunch of Minesweeper puzzles.

It makes so little sense that it makes perfect sense. Which is why I’m giving away a bunch of copies of it.

This is Minesweeper. You go around a board and try to not hit mines. There are 130 regular levels, and 55 bonus challenge levels to go through. You can create your own boards for fun. There’s a switch that moves your Aristotle clone around some, and then some other things get in the way. Watch out! I really don’t know what else I can say about this, so I’ll tell you instead about when I first learned how to play Minesweeper.

I was in fourth grade in Mississippi. My teacher sent me to the library to get some books for the class or something, I don’t really remember. But the librarian was playing Minesweeper on the only computer in the school. I asked what she was doing, and she spent about 45 minutes showing me how to play Minesweeper. My teacher wasn’t terribly happy with me when I finally got back to class, but I gained a new skill that day. Which leads me here, at this exact point in time, to this. Had I not learned to play Minesweeper that day, I wouldn’t have done this contest. The Butterfly Effect in action!

To enter to win your copy, give us a way to make a standard-issue Windows game as ridiculous as this one. Have fun with this one, folks. I’m looking forward to what you come up with.

We have three keys each for Switch, Xbox One, and PS4 to give away. Our Switch and PS4 keys are for North American accounts, only. Winners will be drawn on Friday, March 1. Make sure you comment using a Dtoid account with your current email address on file. Don’t have an account? Sign up here and join in on the Microsoft Windows fun!

Minesweeper Genius is available now for Switch, PS4, and Xbox One. Head over to our Nintendo, Xbox, and PlayStation Enthusiast sites for more chances to win!