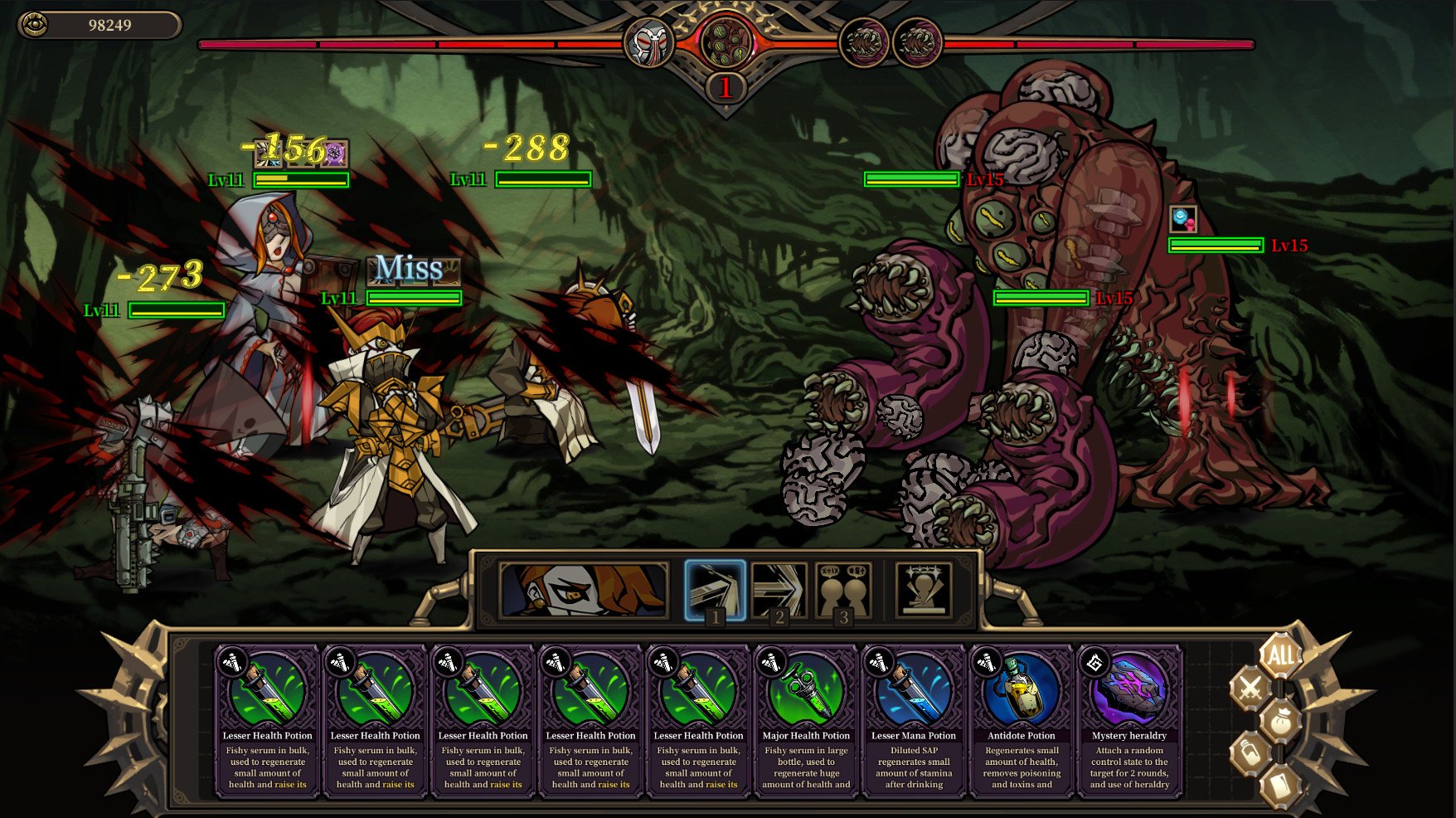 Free games, free games; where for art thou, free games? They’re here, and this time with collectible card game Mad Crown for Steam.

What do you get when you mix an RPG, collectible cards, skill progression, dieselpunk aesthetics, monsters, dungeons, roguelike elements, and turn-based fighting? A run-on sentence, for starters. Also, you get Mad Crown, which celebrates its graduation out of Early Access this week.

To celebrate, developer S-Game is giving out 25 copies of the full game for you to dive into. Lucky you!

Mad Crown is a dungeon crawling roguelike RPG set in a dieselpunk world set hundreds of years after the human race destroyed the world with nuclear weapons. The nuclear Armageddon awoke god-like leviathans from beneath the earth’s surface and a doomsday battle between these creatures devastated the planet’s surface. Now a hundred years after the fabled battle of the gods, Humans try to carve out an existence in the mutated land filled with repulsive creatures.

Rumors have surfaced about the existence of the Mad Crown, a powerful artifact said to hold untold power that would rival the gods. Thus, you, like many others before, have set out to find the Mad Crown.

When the world ends, all we’ll have left is cockroaches and collectible cards.

To get your hands on this deck, comment below telling us where you found the Mad Crown. I found mine in a Burger King playplace. I had to fight off three 8-year-olds to become the One True Burger King. Take that, little Jimmy!

Our 25 winners will be randomly drawn on Friday, September 28. Make sure you comment using a Dtoid-generated Disqus account, and that your Dtoid account has your current email address on file. If I can’t email you, I can’t show you my scepter.

Mad Crown is currently in Steam’s Early Access program, and will see its full release this Friday, September 28. Head over to PC Invasion and Gamnesia for more chances to win!