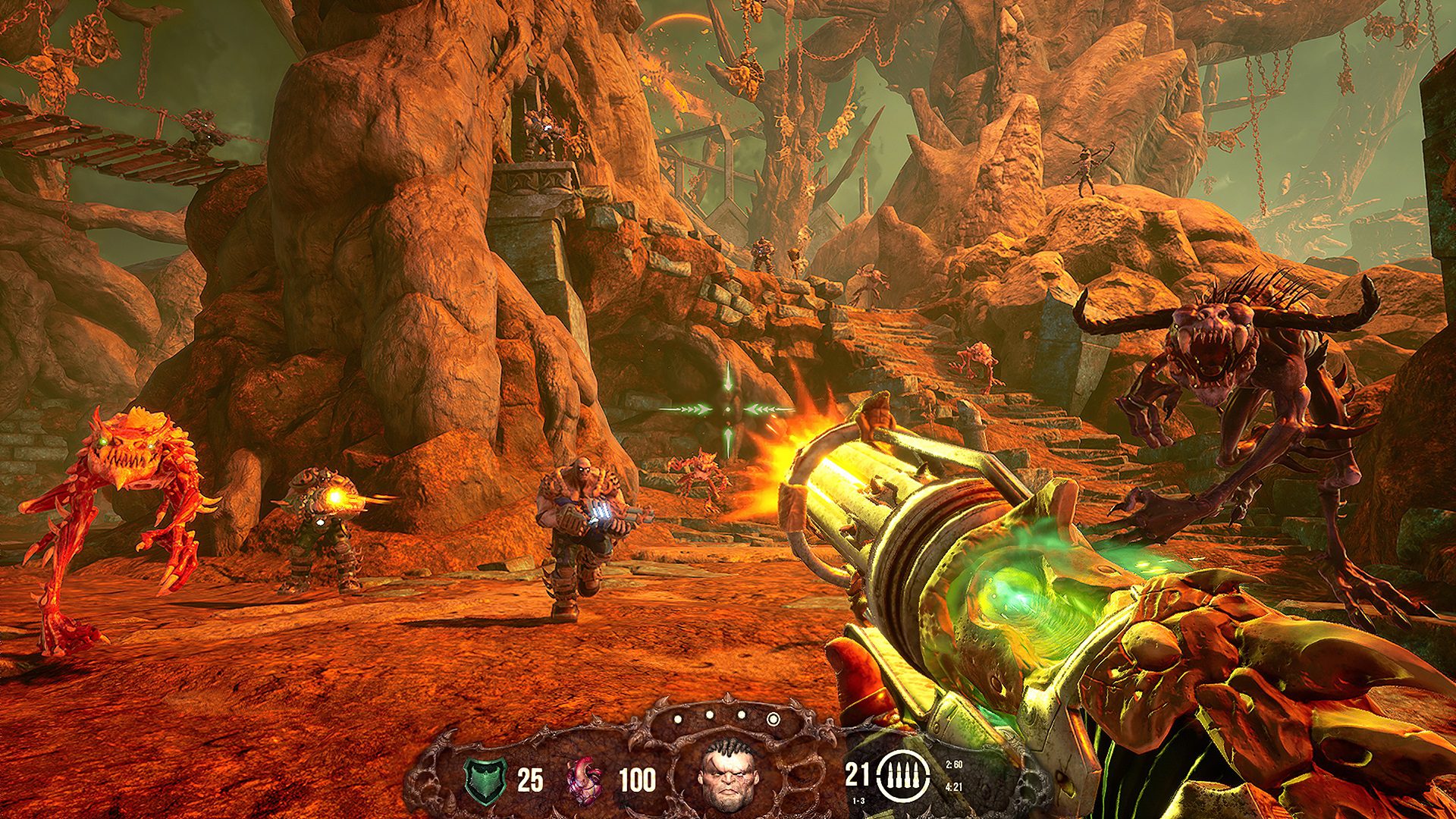 In today’s contest you can win Hellbound for Steam!

I’m gonna cut straight to the point, here. In the trailer I posted below for Hellbound, there’s a quote that says, “No ‘Glory-Shits.'” Does anyone know what that means? I consider most shits I take to be quite glorious, so I’m a little confused.

Either way, the game looks like fun! Save some money and come win a copy.

You play as Hellgore, a really angry chap trying to rid Hell from the evils that now plague it. You see, at one point Hell was a sacred ground, devoid of the horrors we  now know — well, that’s all gone down the toilet and it totally sucks now. So you’ll run around blasting everything with a wide array of guns, ’90s style, in this love letter to the glory days of FPS titles.

To enter to win, clear all of this up for me. What, exactly, is a glory-shit, and why wouldn’t there be any in this game? There are more questions than answers here, so it’s going to bother me all day.

We have four Steam copies to give away; winners will be randomly drawn Wednesday, August 26. Make sure to comment using a Dtoid account with your current email address on file, and sign up here if you haven’t already so you can enter to win.

Hellbound is available now for Steam.