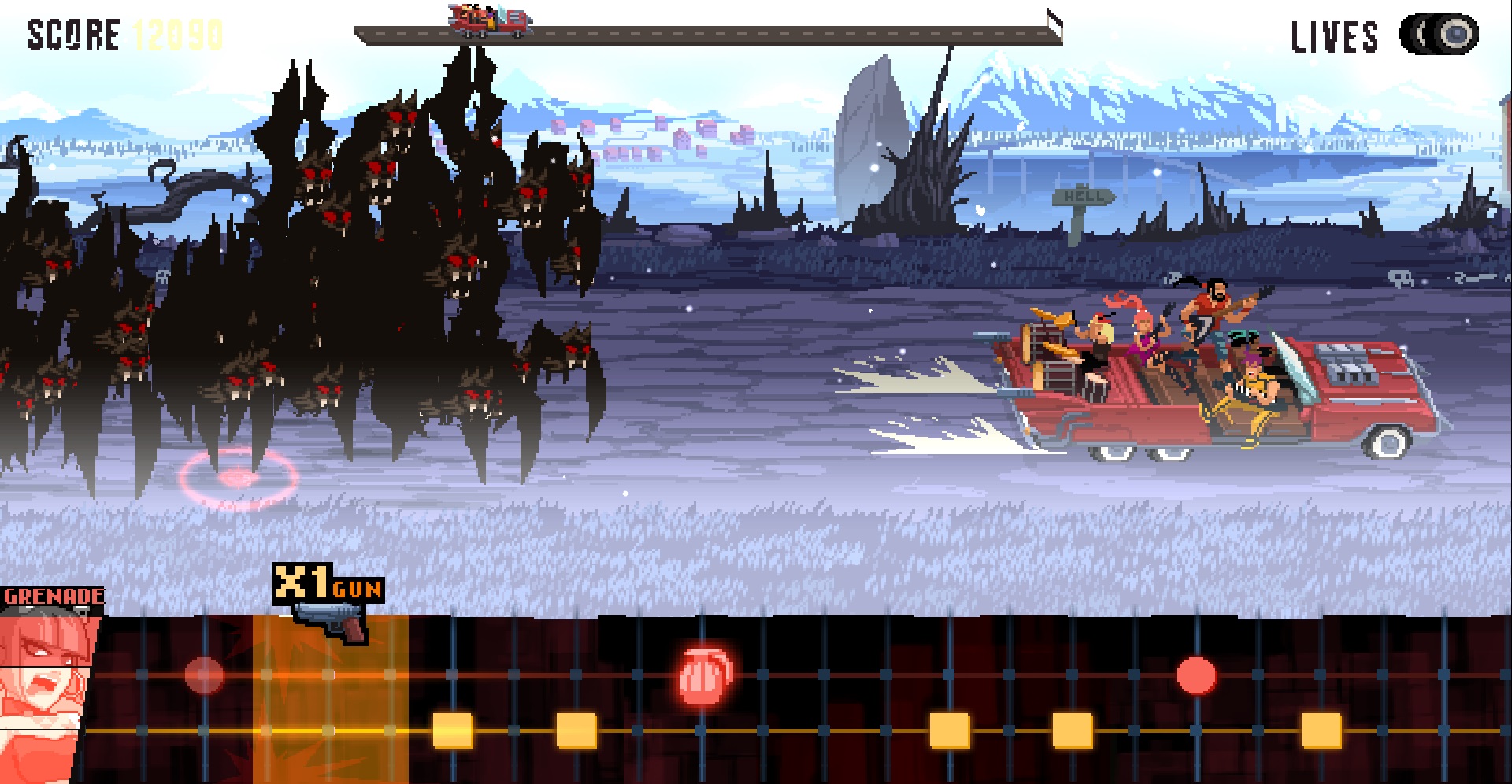 Every now and again a note gets slid under my office door here at Destructoid HQ (AKA my mom’s basement) that has a game on it I just know you degenerates will love. The second I read the part about fucking up frozen Nazis with the power of heavy metal music, I was sold.

“Fuck up frozen Nazis with the power of heavy metal” is going on my tombstone.

Stretch your calves and grease up your kick pedal, because Double Kick Heroes is here to rock your crotch off.

Double Kick Heroes doesn’t take shit from Nazis. Or ninjas. Or zombies. Or evil, possessed trains. Why should it? It’s the only game I know of where the power of pure metal is harnessed into ass-kicking energy. You play as a metal group on the road in a post-apocalyptic world beset by the undead. Your only defense? Rocking the rhythm section to kill ’em all. Keep up the beat to build combos and send those suckers back to Hell, where they belong. Featuring:

With the new Evil Snow update which adds the aforementioned chilly Nazis, you’ll enjoy five new songs as well as a slew of new story content. Killing is your business…and business is good.

To enter for your chance to win, comment below telling us your favorite instance of metal being brutal. I fell off a slide in middle school and somehow landed ass-first on the metal leg holding it up. I had a bruise on my tailbone for weeks, and it hurt when I sat down. It was pretty fuckin’ brutal!

We have 10 Steam keys to give out to our hardest rockers. Winners will be randomly drawn on Friday, October 12. Make sure you comment using a Dtoid account with your current email address on file. If I can’t email you, you’ll have to listen to Enya instead of this game’s heavy-ass soundtrack.