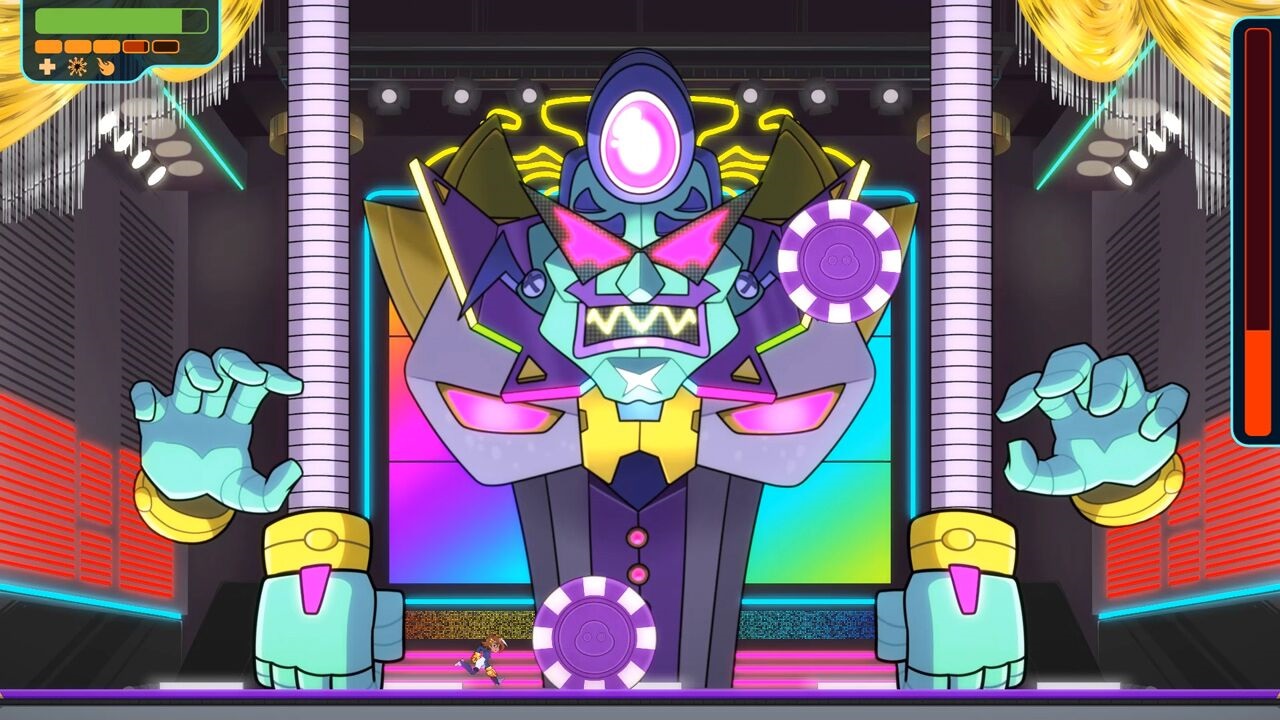 No tricks in this contest: Win a Steam copy of Double Cross.

I’m willing to bet that most of you guys are like me in that you cut your gaming teeth on 2D platformers. Running, jumping, shooting — these are all staples of my early years of gaming as I scrolled from left to right looking to save the world. Thank goodness they still make these!

Get your hands on a copy of Double Cross, the newest title from the action/platforming masters at 13AM Games!

The multiverse is in peril! As R.I.F.T. (Regulators of Interdimensional Frontiers and Technology) agent Zahra Sinclair, it’s your job to hop between dimensions to solve crimes and beat up baddies in order to restore order to the cosmos. Running, jumping, and shooting are of course included, but you’re equipped with the proton sling, adding unique movement and combat options to aid you on your adventure!

This game is gonna rock, man!

To enter to win your copy, comment below telling us which platform you’re after (Switch/PC), and about a crime you solved in an alternate dimension. I once fell into a wormhole and wound up in a strange parallel Earth where New Jersey didn’t have a rotten smell and overall menacing aura. I had to investigate a mystery involving a herd of squirrels, a dead body, and seventeen gallons of Elmer’s School Glue. In the end, I discovered that the squirrels were actually a group of sentient robots posing as wild animals in  order to collect data on humans. Once I discovered their scheme, I was whisked away back to our world, smelly Jersey and all! I actually kinda miss the Other Earth.

We have two Switch keys and nine Steam copies to give away. Our Switch keys are for North American eShop accounts, only. Winners will be drawn on Tuesday, January 15. Make sure to comment using a Dtoid-generated Disqus account, and that your account is up to date with your current email address. New users can sign up here — it’s easy, I swear!

Double Cross is available today for PC and Switch. Head over to PC Invasion for more chances to win!