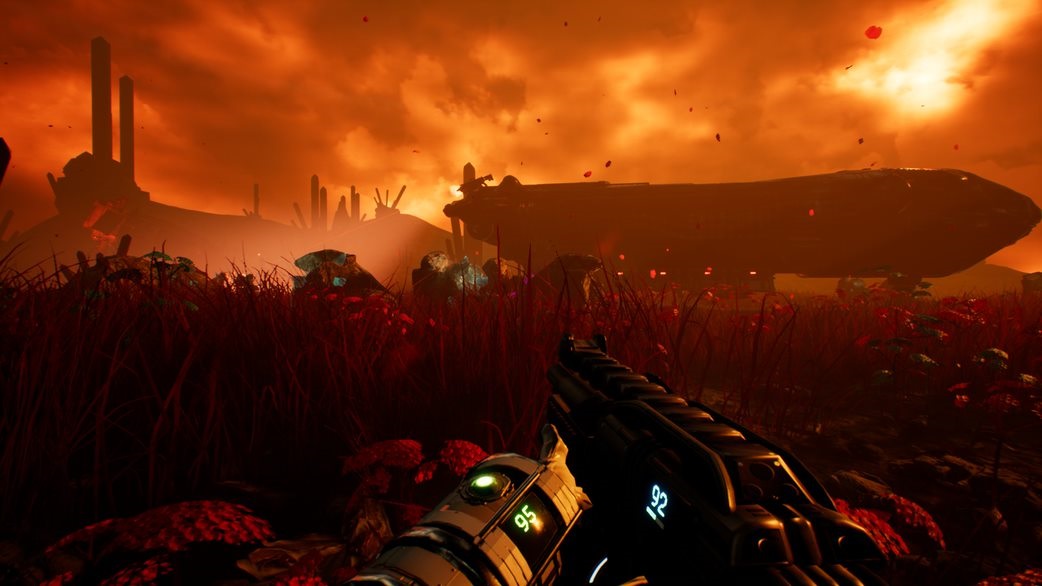 Get some creepy space scifi with our contest for Genesis Alpha One for PC, PS4, and Xbox One!

Space is big. There’s lots of weird shit out there — so much, that it’d probably crush our feeble minds if we saw even a portion of what the big vastness of the cosmos has to offer.

You can at least give it a whirl, if you’re brave, by winning a copy of Genesis Alpha One for your PC, PS4, or Xbox One. We’re just not responsible for what you might find.

Take it away, Radiation Blue:

Genesis Alpha One puts you in to the role of an interstellar pioneer, as you journey into uncharted space on the ultimate mission: find a new home for humanity.

Build and manage a space vessel, farm resources, travel down to a host of unique planets to mine and look for ancient technologies and artefacts, deal with terrifying alien infestations, clone new members for your crew and explore a vast, randomly generated universe.

If you watch the trailer above, you’ll see some bits of FPS, space station building, base defense, exploration, harvesting materials, crafting — man, this one has a lot going on. I can only imagine you’d be doing all of that stuff in space, anyway, but g-HANG ON, was that messing with your crew’s DNA in order to make them subservient in space?! Wow, I didn’t expect that. Have fun messing around with human genomes, you monsters.

Comment below telling us your platform (PC, PS4, Xbox One) and region (NA/EU). Then tell us how you’d alter your fellow man to make them more useful on your mission. I’d alter my crew to make them all look exactly the same in every way so none of them get a big head. Or become an intergalactic fashion model and forget about where they got their start (my crew — you’re welcome, Jacques, you fucking bighead). Gotta keep those space explorers humble, man.

We have 7 PC (via Epic Games Store), 7 Xbox One, 5 PS4 NA, and 5 PS4 EU keys to give away (whew). Winners will be drawn on Friday, February 8. Make sure you comment using a Dtoid-generated Disqus account, and that your account is up to date with your current email address. New users can sign up here and join in on the insanity only Dtoid can provide.

Genesis Alpha One is available now for PC, PS4, and Xbox One. Head over to PC Invasion and Xbox Enthusiast for more chances to win a copy.