I say it all the time: I much prefer physical releases to digital ones. That’s why any time a publisher wants to give us physical copies of games to give out, I instantly jump at the chance. This goes double when it’s a kickass title like Enter the Gungeon.

So, to celebrate this kickass game, let’s kick some ass and give away a copy of its brand new physical release! God, I love my job.

You’re a crew of misfits shooting, dodging, and looting your way through the legendary Gungeon so seek the ultimate prize: A gun that can erase your past. There’s like a ton of guns and enemies and things going on, but I think if you’re reading this you’re into that kind of thing. Also there’s a gun that shoots ducks, which is pretty much all they need to say to sell me on something.

…a gun. That shoots ducks instead of bullets. That’s it.

So, what’s the deal with the physical release? Read these words and also look at this picture. 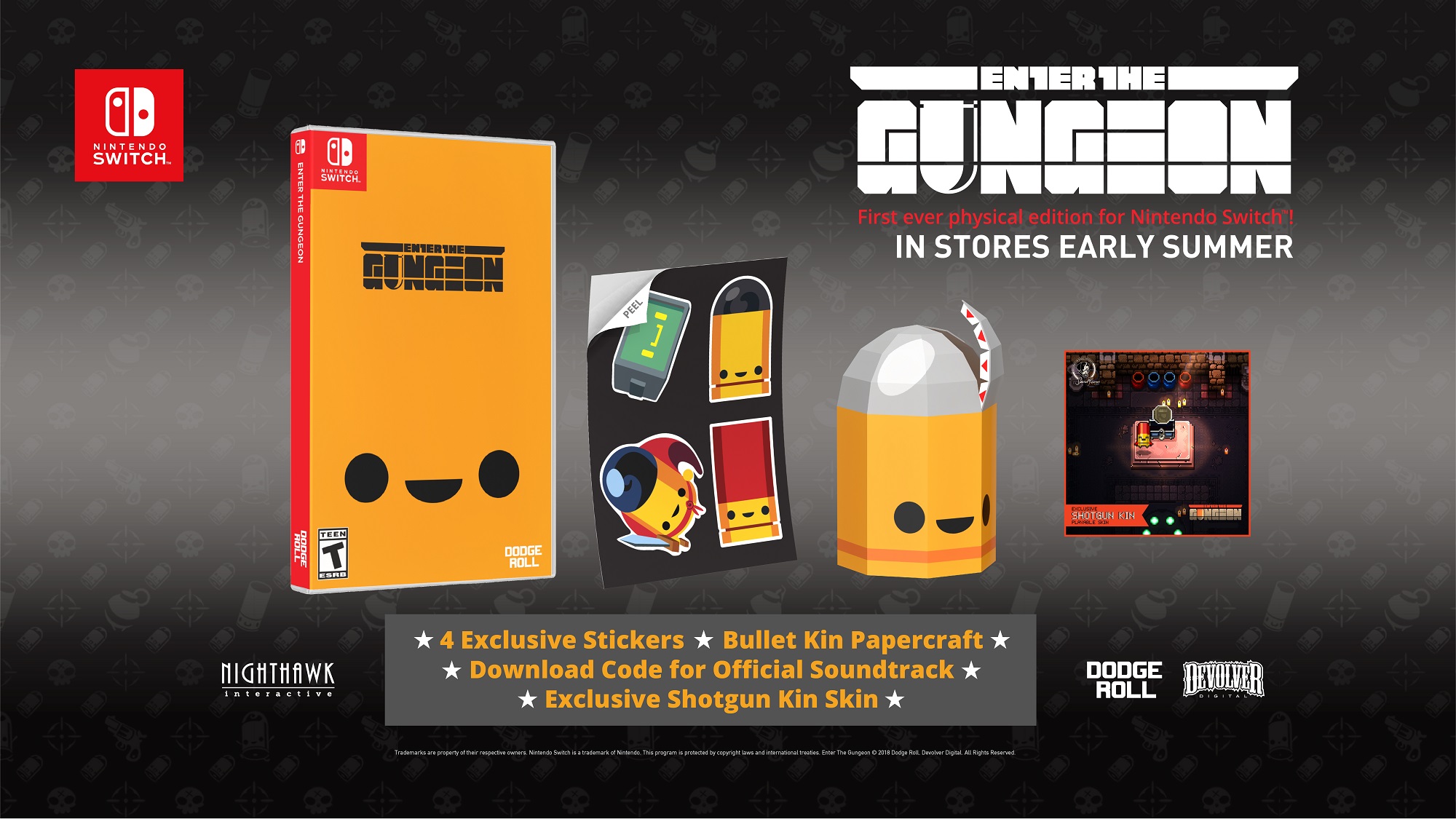 To enter to win this bad boy, use the widget below to leave your name and email address. You can enter daily. For bonus entries, follow Dtoid, Dodge Roll Games, and Devolver Digital on Twitter, and share our contest post with your friends.

While you’re waiting to see who won, comment below telling us your favorite weapon from the game! Clearly, mine is the duck gun. I want one in real life. Anyone know where I can pick one up for relatively cheap?

We have one copy of the game to give away — the winner must have a United States mailing address. The prize will be drawn on Monday, August 12.

Enter the Gungeon is available from fine retailers such as Amazon, Best Buy, and GameStop. Head over to Nintendo Enthusiast for more chances to win!

Dtoid Contest: Exit the dungeon and Enter the Gungeon, win a physical copy of the game!