This article contains themes of trauma, mental illness, and sarcasm

In summer 2020, I had to reassess my situation. The year had been rough on me, as it had for a lot of people, and I was bottoming out. My solution to keeping myself going was to start looking to the future, so I dove into writing reviews for Destructoid. One of the first I picked up was for Rainswept. It starts off with a content warning: “This game contains references to topics such as suicide and trauma which some players may find distressing.” Somewhere around halfway through the game, I wished I had heeded that warning because I wasn’t in a good place to be distressed.

It had a noticeable enough effect on me that my husband then mandated that I stay away from depressing games – formerly my bread and butter – at least until I was in a better place. That can be difficult these days, as more and more games incorporate heavy themes into their storytelling. Chicory: A Colorful Tale, for example, gave me mild panic attacks as it unraveled my insecurities about the creative process and my future. I recently reviewed The Kids We Were, which, despite having a sunny exterior, might as well have been called, Sorry Kid, Sometimes Life Just Shits On You.

The thing is, Rainswept had a warning before beginning. Chicory has an option to give running content warnings to prepare you for when it’s about to introduce a sensitive topic like depression. For those games, I was warned about the distress they could cause and it was my choice to, well, be distressed. For The Kids We Were there was no warning that I was going to get kicked in the biological clock. Discussions about censorship have been around for about as long as the video game industry has. Nintendo of America went as far as forcing developers to fit a series of strict standards if they wanted to be licensed for the NES. In the early ‘90s, games like Mortal Kombat, Doom, and Night Trap were used in conversations about whether or not video games could influence young minds into violence. Decades later and the jury is still sort of out on that. Either they do or they simply agitate pre-existing conditions.

Western society has progressed to a point recently where we’ve begun noticing that certain people don’t respond well to certain stimuli. A sexual assault victim, for example, can easily be disturbed by depictions in media, or worse, it can trigger flashbacks in people with Post-Traumatic Stress Disorder. It’s not that this wasn’t an issue before, it has just become more prevalent in media while today’s connectivity has given people with these sensitivities a platform to express their discomfort.

One solution to this, of course, is to remove the depictions from media entirely. While I certainly wouldn’t miss some of it, I would wonder where the line is drawn. Is it a good idea to fully stop talking about suicide, depression, and anxiety? No, I don’t think so. But there is an effective middle-ground. In 2018, Valve lifted a lot of its restrictions on its Steam storefront to allow pretty much anyone to publish practically anything on the platform. There was a lot of concern that Steam would then become an unnavigable, toxic cesspit. The toxic cesspit part is definitely true, but it’s not quite as unnavigable as people feared.

This is limited, however. It’s on the developer to create their own disclaimer, and some like to gloss over details that might be important. Killer7, for example, has the warning “Intense Violence, Blood and Gore, Sexual Themes, Strong Language.” That’s nice, but it’s also leaving out depictions of suicide, descriptions of pedophilia, and, my favorite, Kaede’s use of self-harm to reveal secrets. Technically those are all covered under the broader labels, but it would be more helpful if it was more specific.

I want to make it obvious that I’m not protesting the use of this content, nor the availability of it. If you want to dig through Steam’s adult tags, prepare yourself to be introduced to questionable kinks you might not have known existed. Whatever. It can be filtered out entirely if it bothers you, and I can’t fault you if some of them raise all of your eyebrows. Otherwise, if you find it suitable for your tastes, go find yourself some titillation. What-the-heck-ever.

Being able to see a game’s questionable content is more important to me. I may choose to ignore the warnings and traumatize myself, but at that point, the hazards were clearly marked. It’s like getting on an amusement park ride that causes people to void their bowels. If I get on, I’ve only myself to blame if I shit myself. Trauma is a useful character-building and storytelling tool, but people who see their own struggles reflected in those narrative facets aren’t to blame for their reactions. The bare minimum we can do is warn them that the product they’re looking to buy might tap those sore spots. 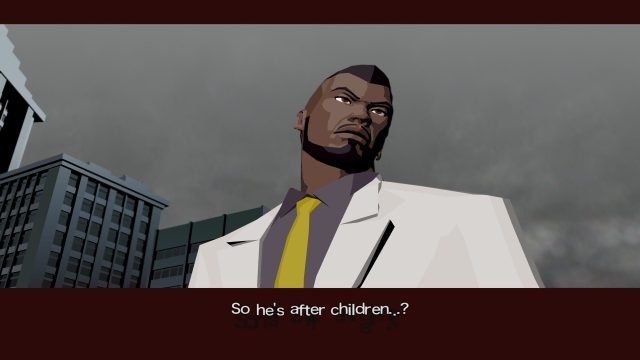 What I’d like to see is every storefront adopting this. If on Steam, Paradise Killer has to warn of “Cursing and Crude Language, Blood, Veiled Nudity, Mention of Suicide, and General Mature Content” why not on GOG? Why not on the Switch eShop?

A lot of companies try to hide behind the ESRB or similar rating systems for this sort of thing, but I think it’s about time that we acknowledge that there’s more than just “mature content.” Blood is something we see all the time in the media, most people are desensitized to the depiction of it. Blood coming from a wound that someone opened on their own body in a period of distress is something entirely different to some people. Likewise, sexual themes are one thing, while non-consensual sex is a completely different situation. One might offend, the other might put someone in a crushing mental state. Another word for it, as used by Chicory, would be sensitive content. Someone may be able to handle gore, but there are a lot of different types of violence that go unlabeled.

Beyond that, content warnings empower the consumer to take their own risks. It’s like putting the calorie count on food packaging, it gives the buyer enough information to know that subsisting on a diet of only Two-Bite Brownies could be harmful.

Not only would I like to see more storefronts making content warnings mandatory, but it would also be more helpful to see developers step up and add warnings themselves. Or better yet, make questionable scenes optional; something that even Hotline Miami 2: Wrong Number did back in 2015. If removing a theme would kneecap the narrative, then a warning is just fine. I’m just tired of spending evenings avoiding sharp objects because I got blindsided by an otherwise innocent game.