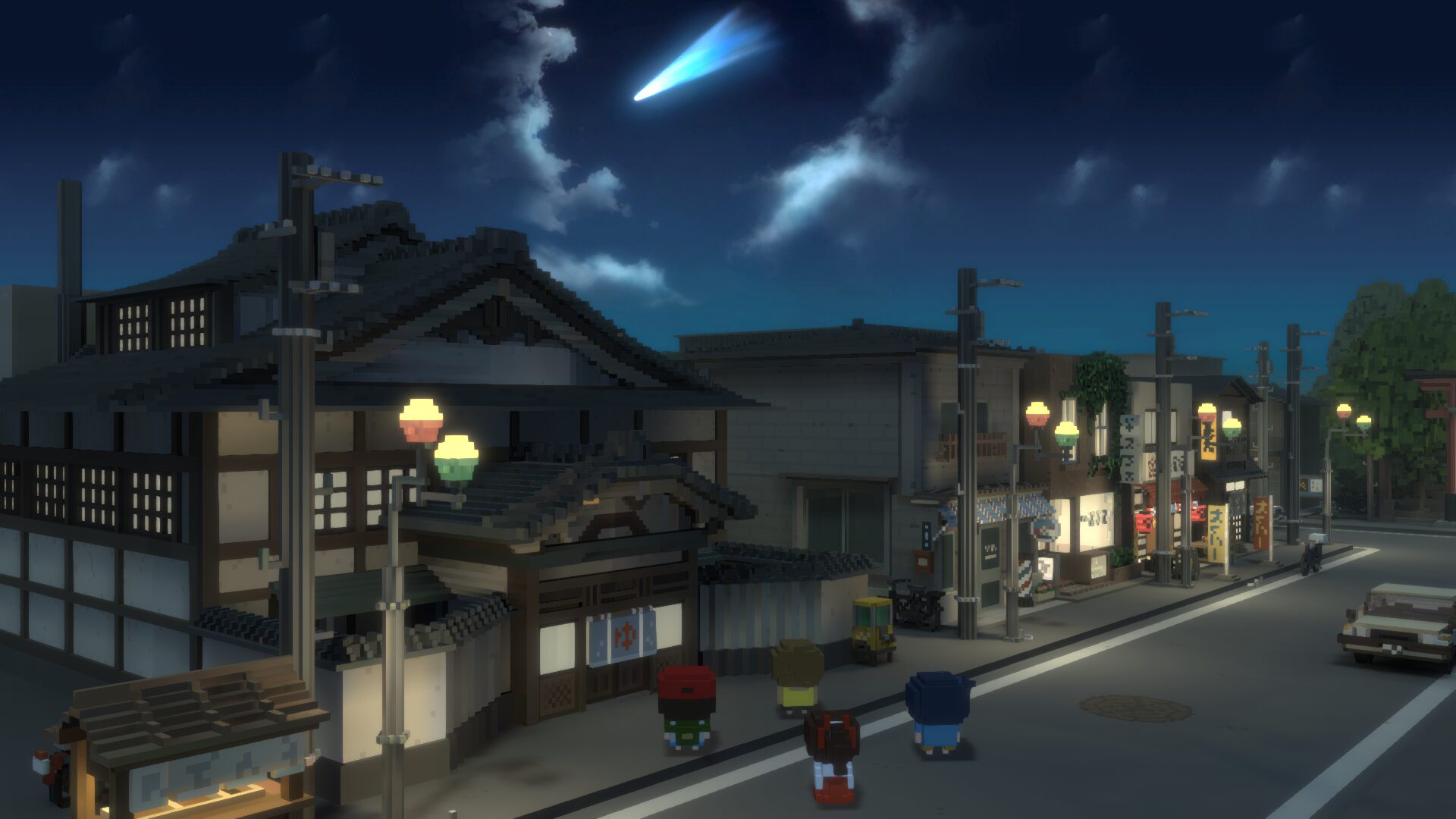 The is one thing that humans invariably have in common is that time will kill us all. For all the happiness that time brings us, one day we’ll pay for it in sadness. We think we can fool it, maybe even control it. We work hard for better days, we plan to make the most of it, but it’s a force that will always get what it wants in the end. It’s why we obsess about it. If we could change one thing in the course of time, perhaps we’d have squeezed out that extra bit of enjoyment and we’ll have won. But time can’t be beaten.

So, anyway, let’s look at The Kids We Were. 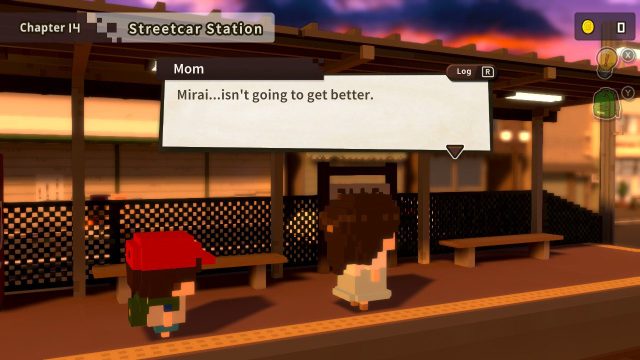 Here we have Minato, and his childhood is starting to look bleak. His sister will die without a bone marrow transplant and no one in his family is a match. Adding to this, his mother has a worrying cough. Oh, also, before the prologue even finishes up, he finds out his estranged father has recently died. That’s life, kid, get used to it.

Except, in this case, he’s given a chance to change things. He meets a version of himself 33 years in the future who sends him 33 years into the past for a chance to fix his family. It’s not really explained how this is supposed to work, but he’s given a notebook filled with 7 Mysteries that — if he can solve them all — will make his wishes come true. He’s also tasked with finding a girl, Nozomi.

So it’s back to the year 1987, near the end of Japan’s Showa era. What is Minato to expect? It’s not really clear, but he quickly falls in with some other kids who agree to help him, even if they’re understandably suspicious of this kid who dropped out of nowhere. 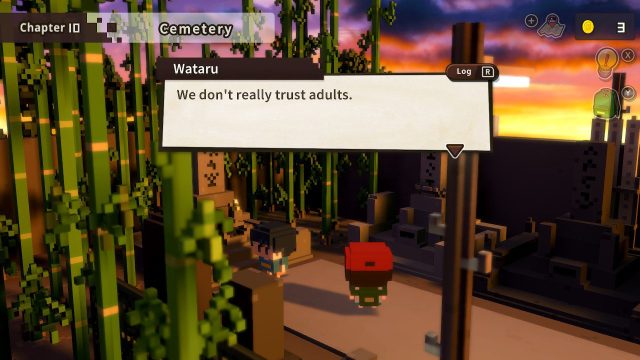 Video games have become a lot better at telling narratives over the years. For a long time, storytelling was largely relegated to point-and-click adventures and visual novels. Elsewhere, you were generally given a story as a pat on the back for completing the setpiece or level. Not only have independent developers advanced video games as a storytelling medium over the years, but even the mainstream has gotten better at telling a tale.

The Kids We Were is focused entirely on its narrative. With that in mind, it plays like a narrative built with RPGMaker. If you’re the sort of person who claims To The Moon had a terrific story but horrible gameplay, that’s what you’re in for here. The big difference is that The Kids We Were is built in a full 3D engine with a voxel art style. It’s not a style I’m in love with, but it does a decent job of showing a nostalgic depiction of ‘80s Japan.

On the other hand, the gameplay is largely moving from point to point, trying to get the story to advance. I’m fine with that, I just want you to get the heads up. 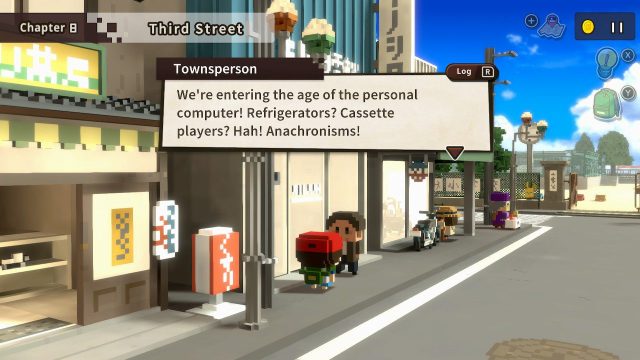 So, with The Kids We Were being focused on narrative, it stands to reason that’s where a lot of my criticism is going to be directed. To spoil the rest of this review, the answer is “It’s fine, I guess.” Overall, it tells a tale that is reasonably effective but with the subtlety of a jet-powered jackhammer.

The story is definitely directed at those nostalgic about ‘80s Japan. A booming period of an unstoppable economy and a dominance in technology. If you’re unfamiliar with the era, you spend your off time picking up collectibles from the time period, each with a blurb giving a bit of information about why they were cool. It’s a nice little optional objective.

Aside from nostalgia, the story focuses on domestic abuse, the difficulties of family, and the importance of friendship. It tells it with some lighthearted humor, but then will smack you across the face with reality. Bribing a drunk character with pre-chewed squid jerky sometimes sits right alongside visions of a man stashing his wife’s dead body after he beat her to death. I wouldn’t say it’s jarring — it just has a strangely cheerful way of conveying a very pessimistic view on life. 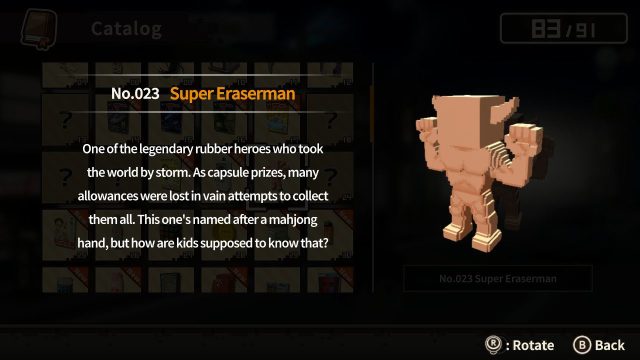 It was really at the end that it hit me. Throughout the story, I was both amused and annoyed at the game’s blunt-ended foreshadowing. There were multiple moments where I had to stop and think, “Didn’t the game already show me this revelation, or did I just figure it out based on its blatant hinting?” It undermined a lot of its own moments by revealing too much too early.

The ending was thankfully left as a surprise. Like any time travel plot, you get to see the box get wrapped, but you don’t get to open it until the time comes. However, I found The Kids We Were to be pretty unsatisfying for two major reasons that I can’t reveal without spoiling things. Suffice it to say, I think it undermines itself again. 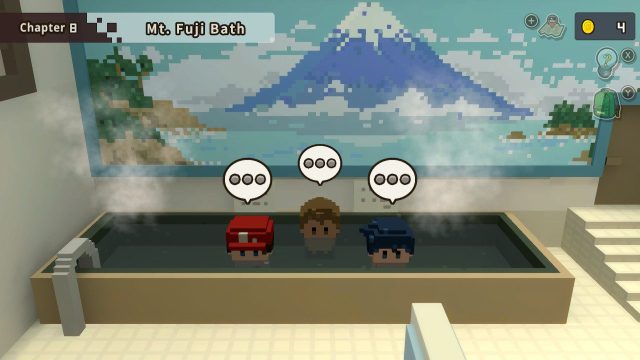 It’s really hard to say whether or not I recommend The Kids We Were. I don’t hate it. As much as I feel the narrative was sloppy, it’s not a total loss and I’m sure some will readily attach to it. Atmospherically, it’s on point. The music is sparse, but it does well to get you through the five-six hours the game will probably take you.

For me, it just made the ticking of my clock seem a lot louder at a time when I’m already grappling with the concept. I don’t want to give a negative impression on a game just because it made me feel like garbage. That’s my problem, not the game’s. I’m just going to go back to moping in the corner.