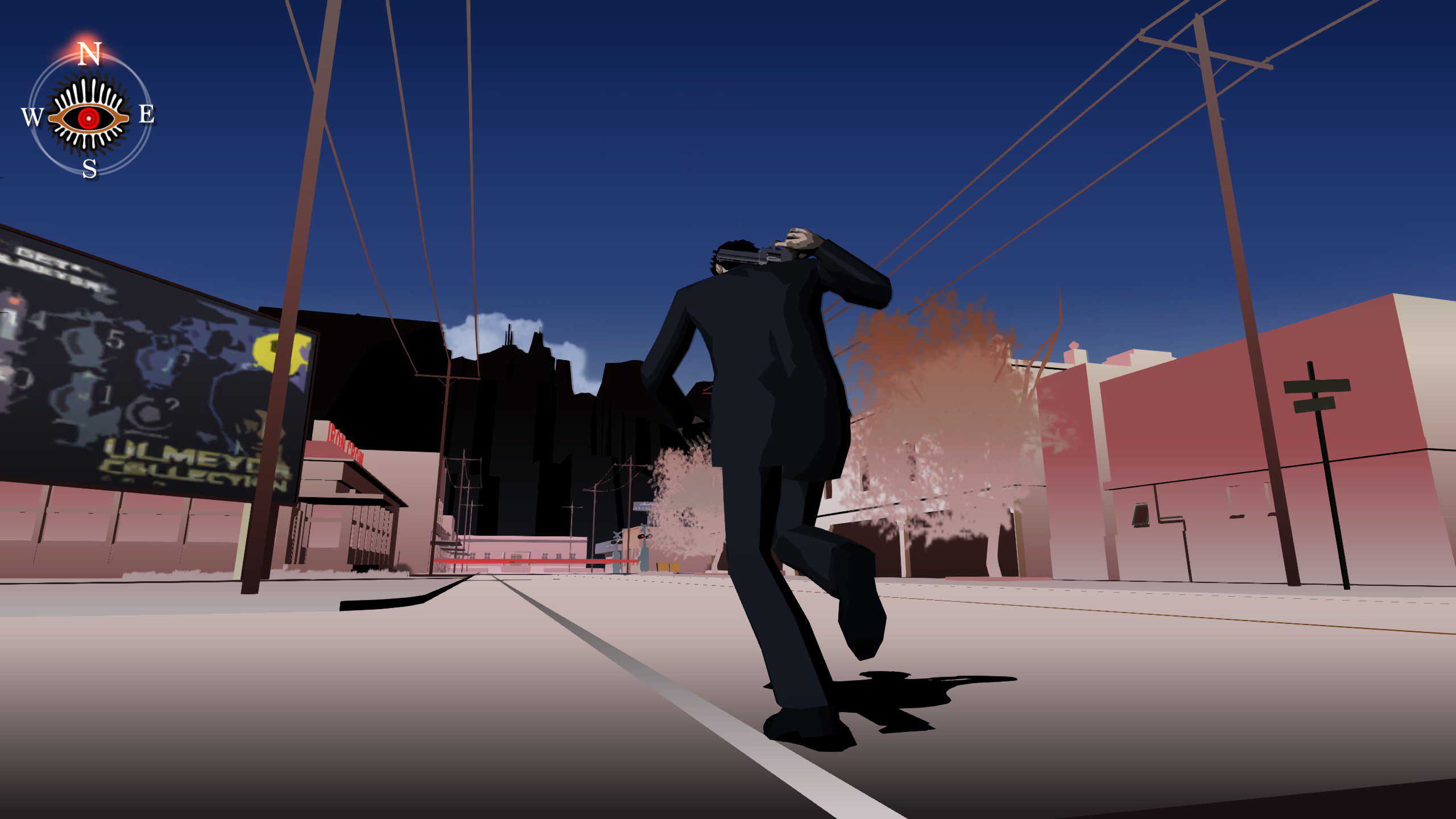 We’re in a tight spot

Killer7 was a hell of a way to make a splash in North America. After over a decade of making games that would stay landlocked in his motherland, Suda51 (Suda Goichi) finally landed on our shores. Oh, it was love at first sight for me.

When the Gamecube launched, Capcom lined right up behind Nintendo, promising a slew of exclusives overseen by Shinji Mikami. They’d regret that pretty quickly, and of the “Capcom 5,” one of them was canceled and three of them went multi-platform. It was a tragic mess, but we got some great games from the deal.

The strangest one was Killer7, release on Gamecube and PS2 in 2005. Not just weird because of the gameplay, but also in aesthetics and narrative. It’s an absolutely bizarre title that will catch you off guard, even if you think you know what to expect. 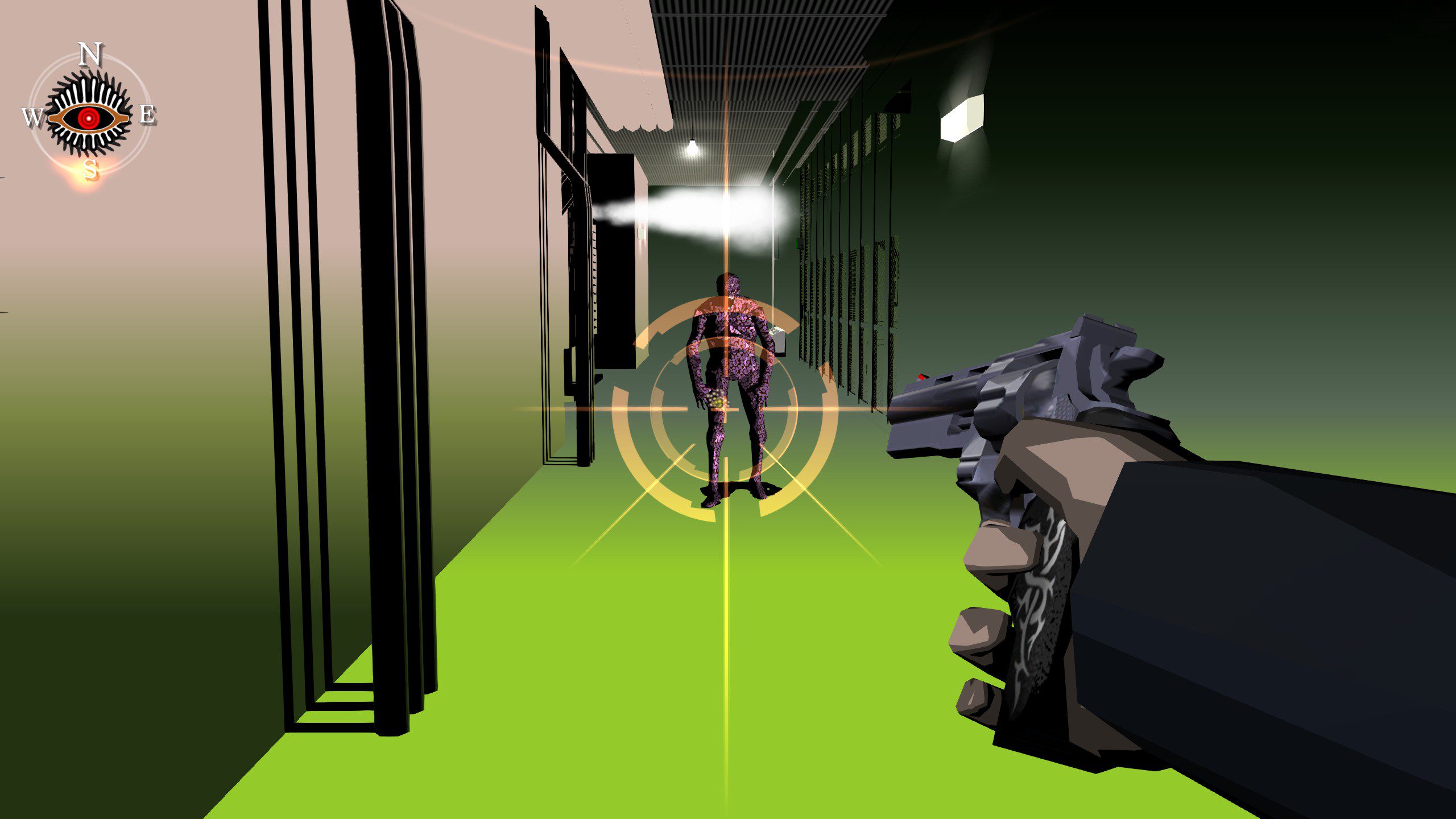 There’s a lot to grapple with. The plot, for starters, is incredibly nebulous. Some of the expository cutscenes give you the details in plain speech, but essentially every character speaks in riddles. Some of the plot details are given allegorically, like diplomatic talks taking place over a game of mahjong. It can be difficult to follow because you’re getting bits and pieces from all over and some of it can’t be taken at face value.

Even if you can’t follow along, the style is what gets it by. That’s not to say there’s no substance there, but it can be a bit impenetrable. When all else fails, you can just enjoy the spectacle of a luchador headbutting a bullet.

And what is there is enjoyable. The characters are bizarre. The plot, taken in the plainest terms, is rather mundane, but the way it’s presented just amps it up. Essentially, the world powers were able to negotiate peace and eliminate all nuclear weapons. However, a terrorist organization shows up to try and upset this: the Heaven Smiles. There are also tensions between the US and Japan. Japan wants to end the Asian Security Treaty, while the Americans want the Yakumo Cabinet Policy; apparently, a fool-proof way to run the ideal nation.

Don’t let anyone try to convince you that the plot of Killer7 actually makes sense. Maybe in broad strokes, but many of the characters contradict each other. Don’t let that get you down, however, as the game succeeds in focusing on the characters. The assassins aren’t necessarily well developed, but through notes that give an outsider’s look at them, you get a great feel for how they fit into the world. 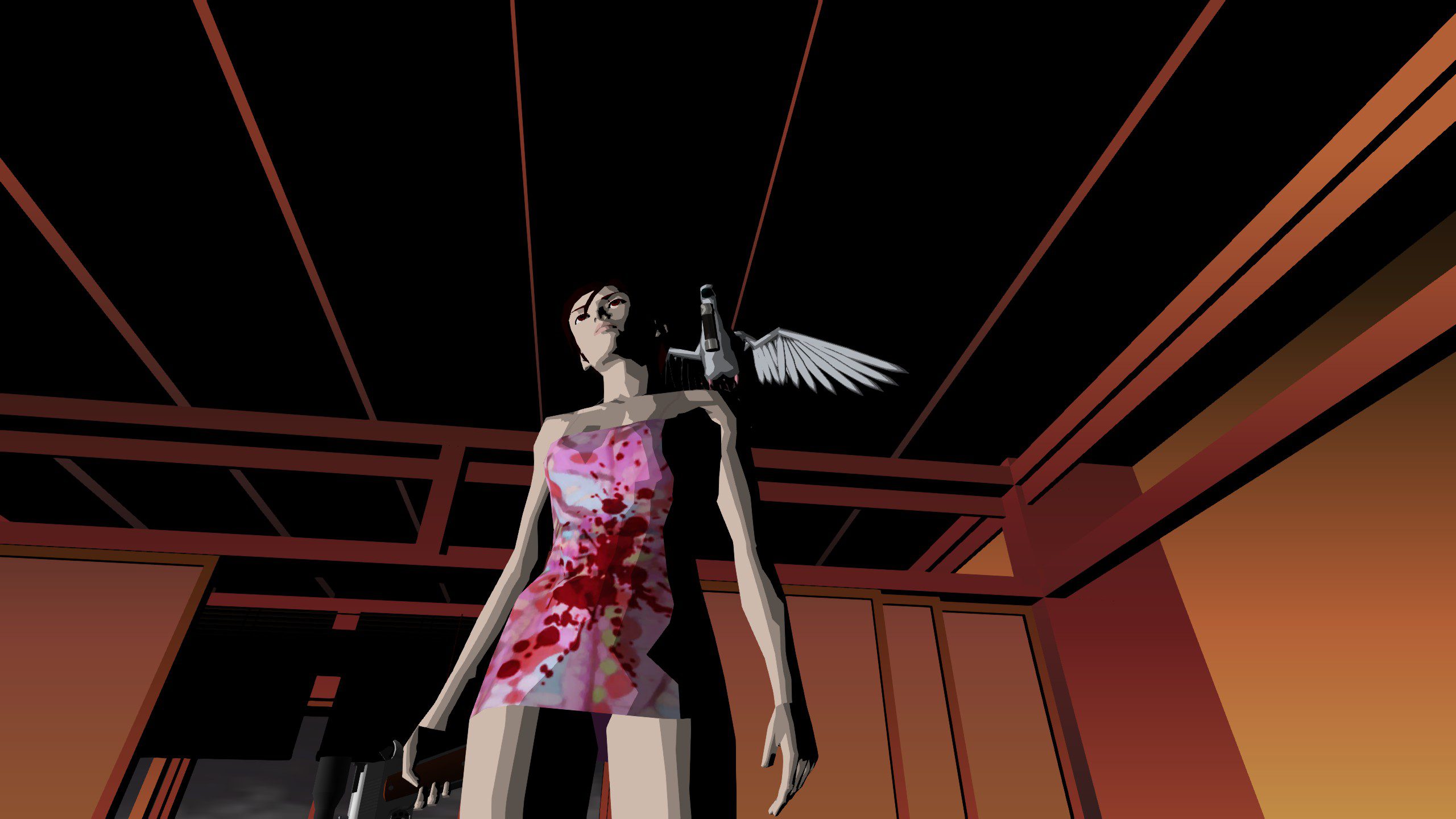 You play as the titular Killer7, a collection of assassins as nebulous as the story itself. They all seem to be personas of Garcian Smith, though you learn a bit more about that as the game goes on. You can upgrade them as you proceed, and feel free to focus on your favorite. You’re rarely forced to play as specific assassins and can swap your character on a whim.

Each has their own abilities, which are mostly just fancy ways to unlock doors. Coyote can jump and open padlocks, Mask De Smith can suplex barrels and blow open walls, Kaede… Kaede slits her wrists.

Enemies each have weak points. The gameplay is a weird on-rails mixture, but combat takes place in the first person. You have to identify their weaknesses and take them out before they can hit you. Pretty simple, but some punish you for missing your shot, and others only reveal their weak spot at the last minute. You can often just kill enemies by filling them with lead, but doing so won’t net you as much blood which is used to heal, charge powered shots, and upgrade your assassins. 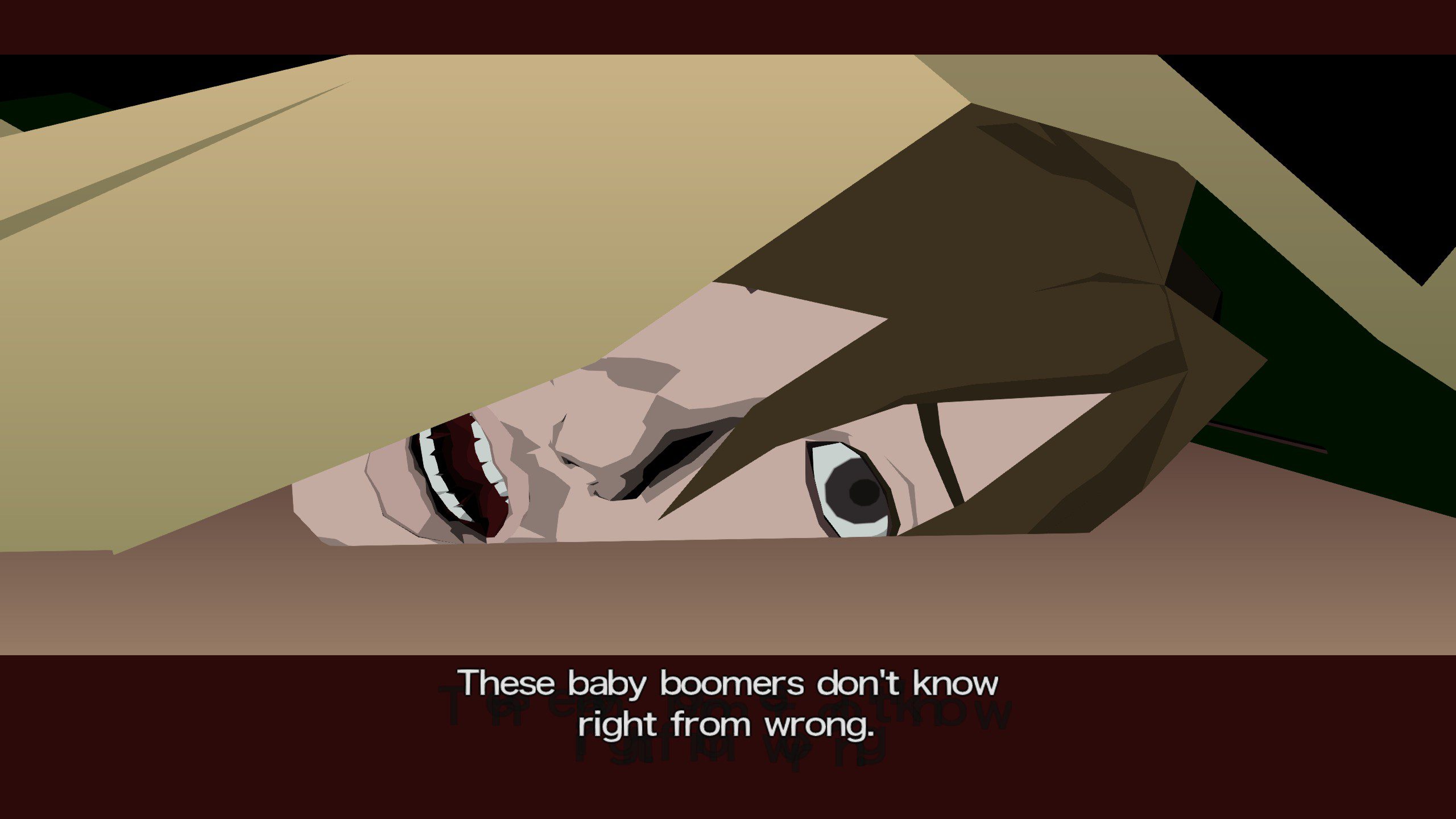 Blood. That’s sort of my sticking point with the game, and it’s a really personal one. In general, Killer7 touches on some darker subject matter. The content warning on the Steam Storefront doesn’t really cover it. Violence and sexual themes kind of glosses over the fact that there’s suicide, self-harm, sexual assault, and child abuse. There’s also a weird fascination with sadomasochism, which is cool and all, but some of it might be crossing the line into sexual assault.

I’m not necessarily saying that there’s something wrong with its depiction; it’s just not very good at warning you what it contains. For me, its worship of blood was a bit darkly indulgent of my particular cocktail of mental illnesses. It’s a personal problem, and I wouldn’t change Killer7 because of it, this is just a heads up. 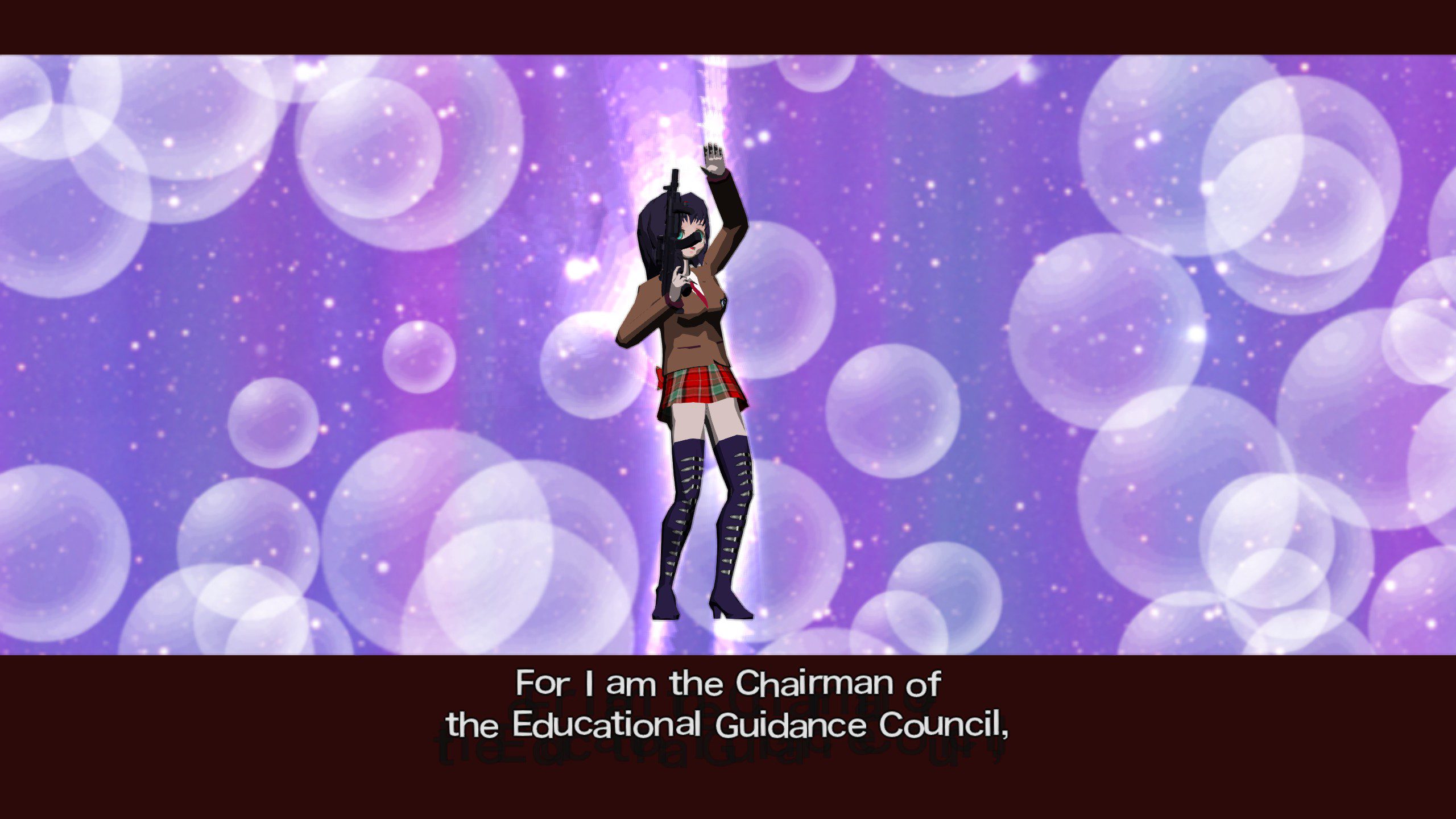 Killer7 is just hard to look away from. While its gameplay is rather simple and shallow, it’s also unpredictable. One moment, you’re plumbing the depths of government buildings, the next you’re fighting a Super Sentai team. Each chapter has its own atmosphere, its own beat. At something like 15 hours to complete, it’s a rather long game for its genre. The variety helps keep things fresh, as every time it starts to wane, it finds new ways to energize.

However, you really have to dig its vibe, or Killer7 is going to disappoint. The on-rails gameplay works, but it wears thin throughout the runtime. It’s also not prone to using set pieces, which I appreciate, but it doesn’t do much to excite. If you stripped out its stylish graphics, excellent soundtrack, and bizarre script and narrative, it wouldn’t stand on its own. If none of those things grab you, the gameplay certainly isn’t going to do that. 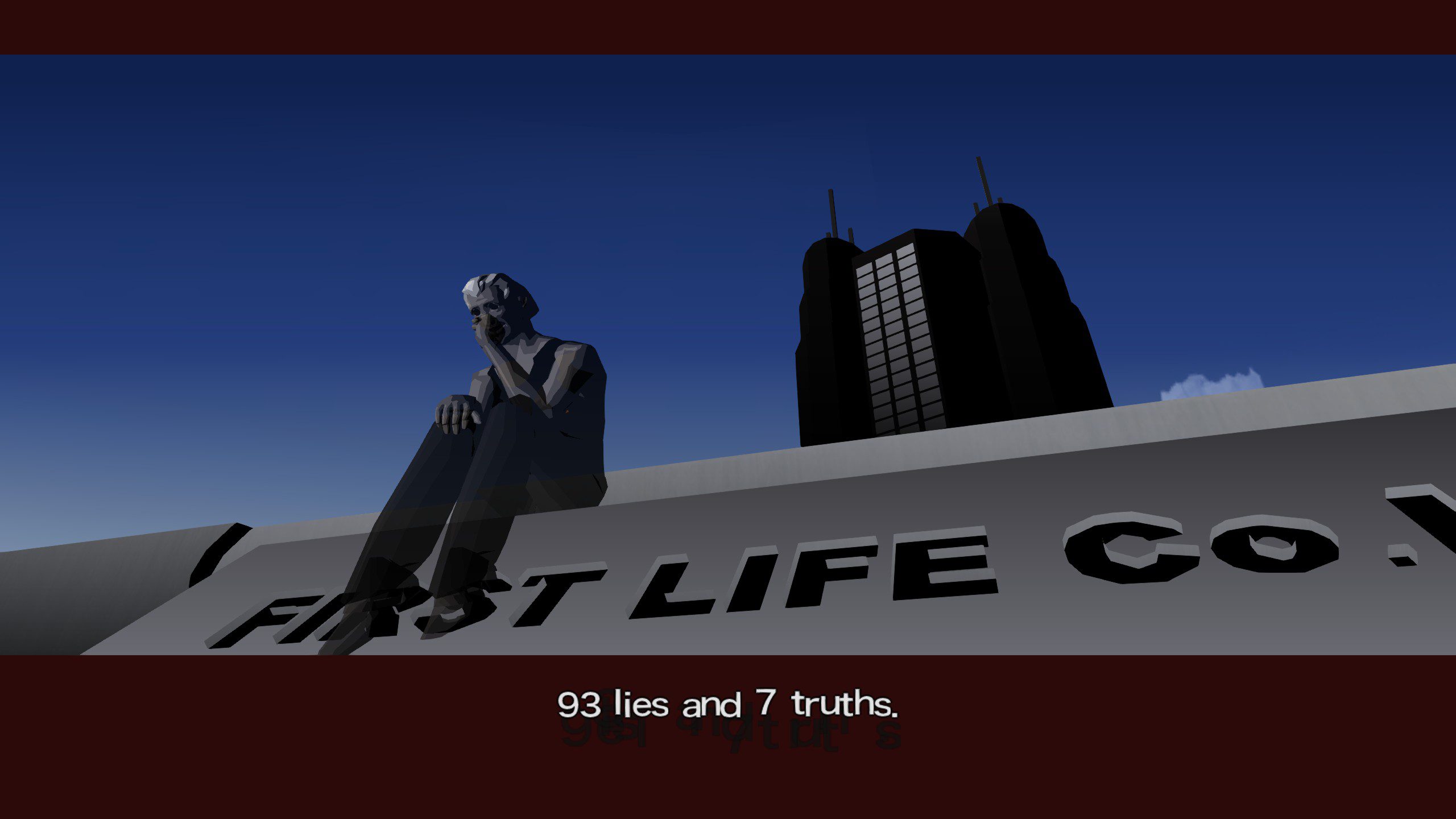 At the same time, there’s nothing out there quite like Killer7. Even all these years later, I can’t name another game like it. At the time, 2005, it was even stranger. The industry was beginning to homogenize, publishers were taking fewer risks. The experimental days of the late ‘90s and early ‘00s had ended abruptly. Yet, here was Capcom, bringing along a risky title from an unknown developer to the West.

And, in all honesty, it’s unlikely Killer7 sold very well. 150,000 is the only estimate I was able to find, with no official announcement from Capcom to back it up. Despite this, it captured some niche attention. It spun off to a comic book which lasted for four issues and wasn’t very good. It was also enough to ensure that No More Heroes would make it to North America, as Suda51 became known for his unique creation.

And while No More Heroes remains my favorite Suda51 creation, Killer7 still holds a place on the shelf where I keep my heart for igniting that spark. I might see it in a different light as a jaded, damaged older gamer, but I still appreciate it for what it is: it’s Killer7. Nothing compares.

Nowadays, you can get a remastered port on PC. Suda51 mentioned that if it sells well enough, there could be a Switch version, but we’re still waiting. For further reading, fans have translated the supplemental book, Hand in Killer7. It’s supposed to help give further background and demystify the game’s story, but like Killer7, it contains contradictions that just make things more incomprehensible. Yeah. Just how fans like it.