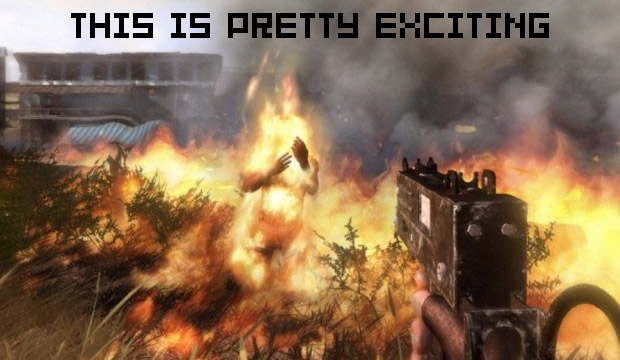 There seems to be this great divide when it comes to Far Cry 2. A good portion despise the game, while another crowd can’t stop raving about its greatness. Where do I fit in? Nowhere. Right now, as I wait for my copy to arrive in the mail, I couldn’t be more indifferent.

Whichever category you fall under, we can all agree that the game isn’t perfect. Perhaps a sequel, using the same engine, could address these flaws? Now you’re starting to think like Ubisoft.

A scriptwriter at Ubisoft Montreal by the name of Kevin Shortt has told Official PlayStation Magazine that while he isn’t personally working on Far Cry 3, he knows “the team are and what I’ve seen looks pretty exciting.”

Tell me, anyone who’s played the current installment — what needs to be addressed in the next game? Alternatively, what was done well, and shouldn’t be altered?