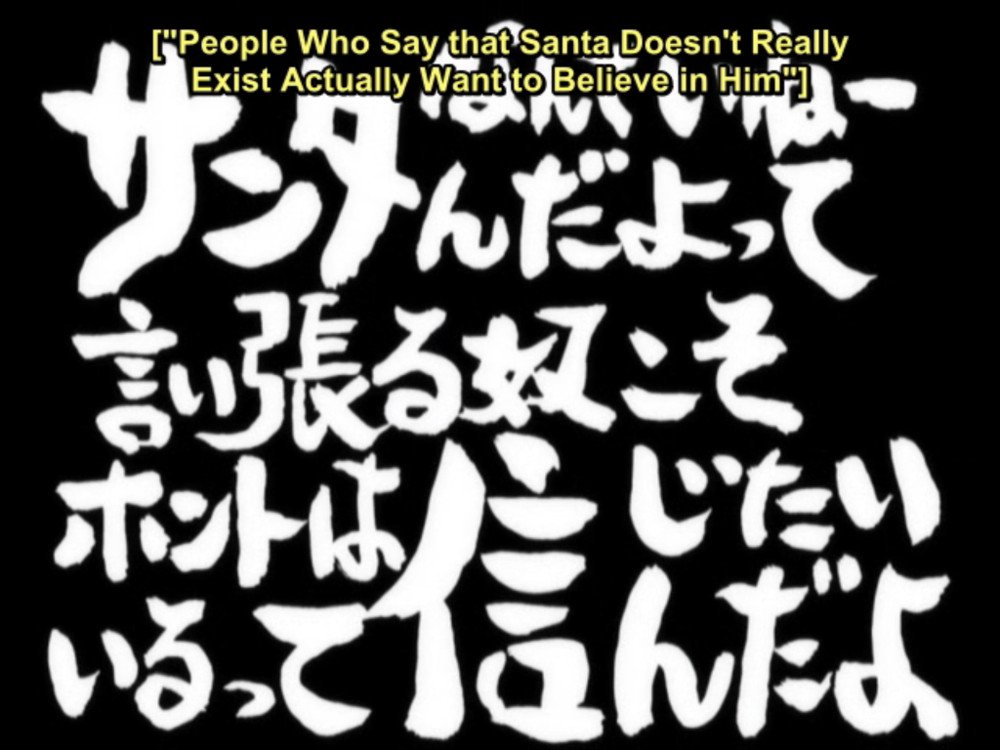 But just the good ones!

Hey everyone! Long time, no posting eh? Well it’s probably time we started changing that. In recent weeks, probably months now, Comments of the Week has been getting a memory wipe. Well that’s not entirely true, we’ve kept all of the important things like CotW itself, and all of its history. But as for poor bot’s own memories, and other such junk data, well that’s in the past now! We are gonna try this again starting now, okay? Okay then.

Let’s look at the comments of the recent week. If you are wondering why there seems to be comments that aren’t from last week then it’s merely because those comments are leftovers from prior weeks where I tried to get this thing up but to no avail. Didn’t want to waste the work spent on them. Anyway, let’s do this!

FakePlasticTree: In the time we’ve been away, the internet decided to create a new waifu. Truly it was a mistake to leave you guys alone with the house keys.

FakePlasticTree: Nothing like 100 hours of work to make you feel passionate about video games, eh?

Venom is a bona fide hit as it outperforms again

FakePlasticTree: He should have gotten out of the “gambling establishment” already at the time when he won the bet on Suicide Squad’s potential as an Oscar film.

FakePlasticTree: Akechi. Did. Nothing. Wrong.

FakePlasticTree: Actors having a big ego is no good — it reminds Houser of the person he sees in the mirror every time he needs to shave.

FakePlasticTree: Sega’s plan for changing a lot of hearts through giving their employees less working hours and thus more development time is certainly a good start.

FakePlasticTree: One might say Yakuza is Shenmue. “What ifs.” But let’s see if Shenmue 3 can fill out the, “Could have been.”

FakePlasticTree: Deep Down I find myself not caring too much with the existence of DMC5.

FakePlasticTree: No, undead! Jeez, get your facts straight.

Red Dead Online’s beta goes live for everyone this week

FakePlasticTree: Cucumbers and carrots are where it is at – they have their “uses.”

Nine games on the PlayStation Classic will be PAL versions

FakePlasticTree: No backwards compatibility for PS5 – not even for PS4 games. Lots of remasters, though!

FakePlasticTree: Should have had rakes.

FakePlasticTree: I identify as a Chinese produced rubber plant.

FakePlasticTree: And now Doom is on Switch, so they have truly been Doom’d.

The Call of Duty movie is already getting a sequel, nabs Black Panther co-writer

FakePlasticTree: Ah, but this movie won’t be a war movie but rather a documentary on the weird suburban sewer creature known as a, “Call of Duty Player.”

Anthem’s closed alpha will be held next week

FakePlasticTree: Why yes, there will indeed by romances. The kind that involves making a shot to the knees of a target 120 kilometers away using a sniper rifle with a tri-light scope. Knowing your target, putting them in your targeting reticule, and together, achieving a singular purpose against statistically long odds.

FakePlasticTree: Ravenclaw showing off what he does best.

FakePlasticTree: This isn’t even their final form.

FakePlasticTree: Jared sharing some words of wisdom that are pretty valid to keep in mind.

FakePlasticTree: As noted just shortly ago, Destructoid has among its community many talented people. Seymour is a very talented musician. Go and give his original fan tracks of Persona and Undertale-inspired music a listen.

And that wraps up Comments of the Week for this week! Join us next month…nah, just kidding! Next week we’ll see who takes up the reins, as I try to reassemble a new team together! So until then, I’ll see you all on the flip side.