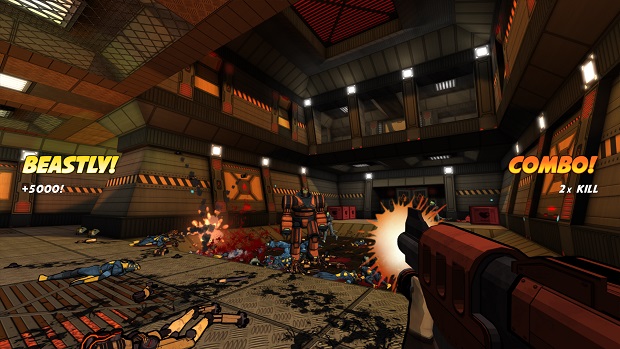 After six years of development, the wait is finally over

After more than six years in development, Final Boss Entertainment’s attractive-looking arcade FPS Wrack is now a finished game and available for purchase on Steam. To celebrate, the team has released this exhilarating launch trailer full of old school-inspired, shooting goodness. Have a look for yourself!

Wrack is a cel-shaded, arcade-style FPS that looks a bit like what you’d get if you managed to breed id Software’s Doom II with Gearbox’s Borderlands. It’s a treat to look at, that’s for sure; and its focus on old-school FPS sensibility definitely suits my particular taste in games.

While paying homage to the classics, Wrack definitely keeps one eye on the present utilizing a kill chain system that allows players to unleash powerful chain finishers, capable of wiping out large groups of enemies or even boss characters. It sounds quite satisfying, and brings to mind Bulletstorm’s addictive Skillshot system, making wholesale murder all the more appealing.

If Wrack seems like it might be your sort of thing, it’s available now on Steam at a 10% launch discount.