One of the most exciting eShop games I had a chance to preview last week wasn’t actually a game. It was an application and a continuation of a fan favorite DS homebrew app that never carried over to DSiWare (though it did make it’s way over to iOS devices).

Colors! 3D shares some of the same paint and edit tools that the DS homebrew app had, though it adds some wonderful new elements like the implementation of 3D and a really neat localized collaborative mode that allows you and a friend (or three) to paint together in real time.

For an app that allows both professionals and doodlers to easily express their creativity, as well as share and post both their work and the animation process itself online, look no further than Colors! 3D. 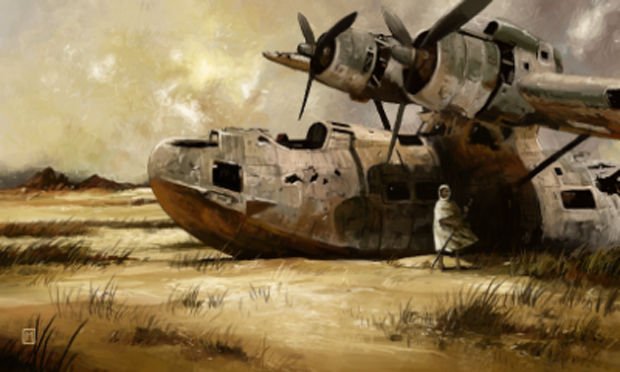 I sat down with Jens Andersson, the founder of Collecting Smiles (and lead designer for The Darkness). He handed me a 3DS and showed me a few of the tutorial parts of Colors! 3D to help me understand how someone is even able to paint and draw three-dimensional images.

Colors! 3D relies on five layers/planes on the Z-axis — at any time, you can switch between any one of the layers and begin drawing and painting to your heart’s content. What I really love about this is that it allows you to basically create diorama-like images where, for example, clouds float in the background while an animal grazes in the foreground and a windmill sits somewhere between those two planes. What’s also really cool about this is that, at any time, you can press left on the digital pad and the application will begin to rotate the image so that you can look at all five planes at once and understand immediately where they sit in 3D space. 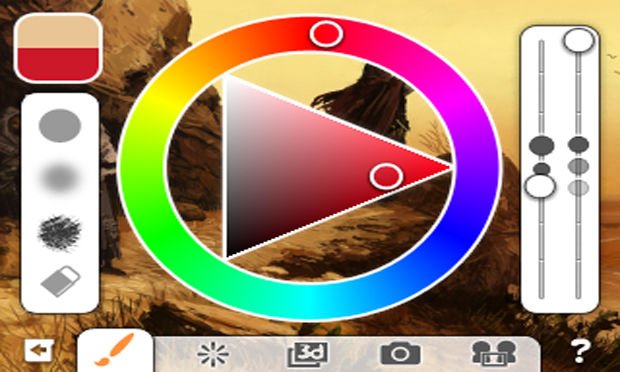 Though the DS homebrew application’s pressure-sensitive screen is no longer a part of the application’s paintbrush thickness designator, deciding how thick you want your paintbrush is made incredibly easy with a slider on the right side of the screen. In fact, sliders for both thickness and opacity of your paintbrush sit on the right side while color selection and paintbrush type are found on the left. From there, you can pretty much go nuts with your doodles or sketches, while more advanced options sit in an inventory at the bottom of the screen (including a mode where you can take 2D images from your 3DS camera to work from). 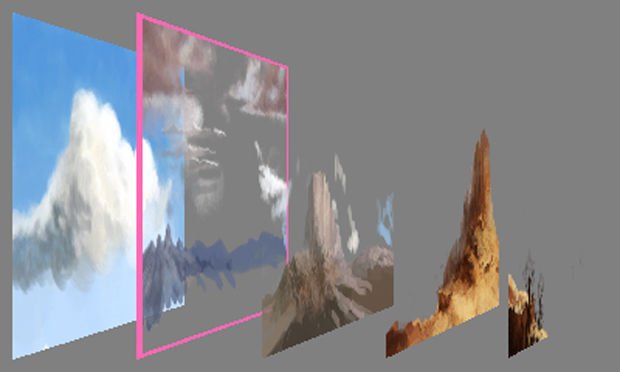 When you want to switch planes, simply press a button that allows you to switch from one to the next; if you paint with the 3D enabled, you can generally tell which plane you’re painting on without having to keep checking by rotating your image. If this all sounds a little complicated, spending five minutes with the application is probably enough to get even the most casual of doodlers over the learning curve, as all of the controls feel intuitive and easily accessible.

After the tutorial, Jens switched gears a little and showed me the collaborative mode with a fellow artist. In this mode, you and up to three other local users of Colors! 3D can jump onto a canvas and demonstrate your own creative talents on the painting, and the program saves your work even if one of you jumps offline. Having an actual artist on the other end, I was more than a little hesitant to add anything to the already cool painting he had begun, so instead I listened in and watched on my screen as changes to the painting were made in real time. 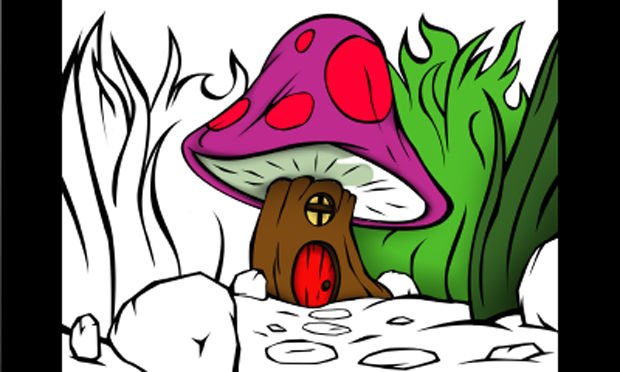 Finally, Jens showed me one more cool feature that’ll be great for the younger crowd: the ability to download images that are basically coloring book templates from the Colors! Live site. The great thing about these templates is that you simply cannot color outside of the lines. Though there is no “fill” button that cheapens the experience by instantly adding swatches of color, you don’t have to worry about accidentally coloring over lines or creating a mess of an image based off your own low level of skill. You can color in areas with wild abandon and your work will look amazing. Jens even intimated to me that there are subtle little filters such as shaders that add a little bit more polish to what you’re coloring in. 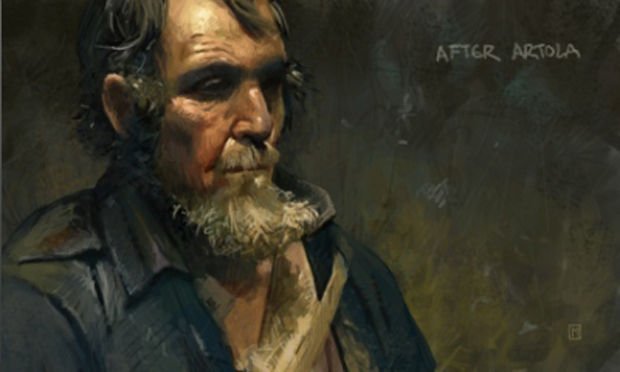 My initial impression of Colors! 3D was incredibly promising. I’ve spent hours in the eShop’s (unrelated) Inchworm Animation Studio making ridiculous little doodles, and though this application won’t include animation besides the ability to watch one’s work being created, the aspect of creating awesome little 3D diorama-like images or using 3D in new and interesting ways has me excited for the possibilities…