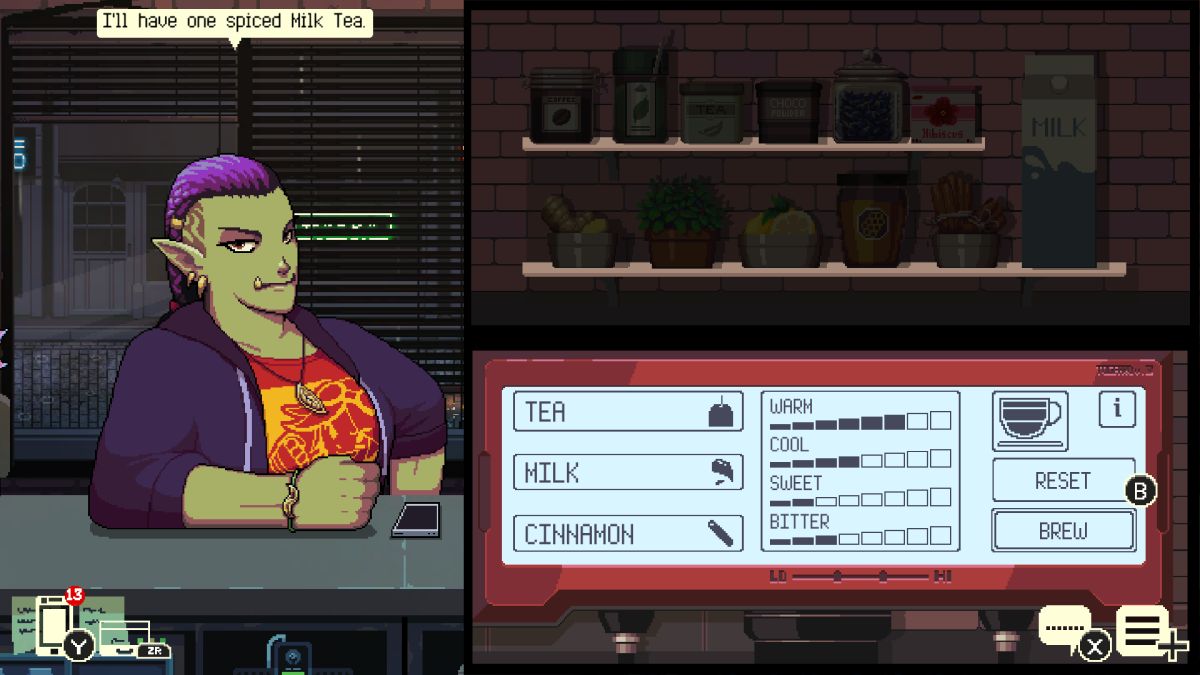 Sit down for a fresh cup this spring

A fresh new brew is on the way from Toge Productions and Chorus Worldwide. Coffee Talk Episode 2: Hibiscus & Butterfly is now slated for an April 20, 2023 launch on Nintendo Switch, PlayStation, Xbox, and PC via Steam.

The sequel to 2020’s Coffee Talk still takes place in a mythologized Seattle, where humans and fantasy beings live in harmony. You play as a barista to these denizens, serving up their drink of choice while listening to them chat about their day.

Today’s new trailer shows off some features, including handling special items, chatting with coffee drinkers, and of course, making beautiful art in the cups.

Mixing drinks with some relaxing lo-fi music and a plethora of options to blend up into drinks, it seems like a pretty chill time. For those who enjoyed something like VA-11 HALL-A and want that same food service-meets-life sim vibe, Coffee Talk might be able to serve it up.

Episode 2 is a sequel to the original Coffee Talk from 2020, which seemed to get some solid visuals and good vibes down. Our review mentions that “while its casual philosophies can sometimes be hard to swallow, great visuals, fun side modes, and a budget price point suggests that, for some readers, Coffee Talk will still go down smooth.”

Another cup of joe

Toge Productions has been working on the sequel, with assistance from publisher Chorus Worldwide.

“Coffee Talk Episode 2 means a lot to us,” said Chorus Worldwide CEO Shintaro Kanaoya in a press release. “After seeing Coffee Talk’s world and characters for ourselves, we knew we wanted to contribute to that universe. We’re ecstatic to be working with Toge on this heartfelt story and getting it in front of anyone who enjoys wholesome narratives this April.”

It’s definitely under-the-radar compared to some of the larger games of 2023, but if last year taught us anything, it’s that the small games can surprise you. We’ll see how the final pour turns out for Coffee Talk Episode 2 in April.