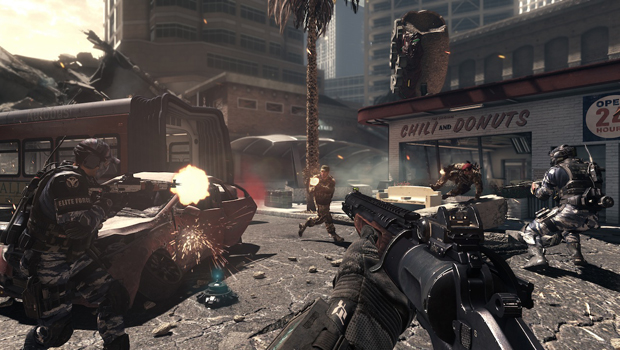 A new update for Call of Duty: Ghosts has been rolled out by Infinity Ward on PC, which intends to fix numerous stability issues and provide improved performance for Nvidia and AMD users.

Ghosts‘ third update on PC has also added a ‘#CODeSports’ option, which gives extra MLG support for the game through the inclusion of a Broadcast mode and the latest MLG rules which can be accessed in either online Private Matches or System Link.

Arguably one of the most significant aspects of this update, however, has got to be the reduced RAM requirement. Previously, those attempting to launch Ghosts using a PC with anything less than 6GB of RAM were greeted with a ‘blocking error’ preventing them from playing, but this is no longer the case as the required amount has gone down to 4GB.

Coming in at over 400MB, this update is quite a big one; be sure to check out the full patch notes posted up by Infinity Ward.