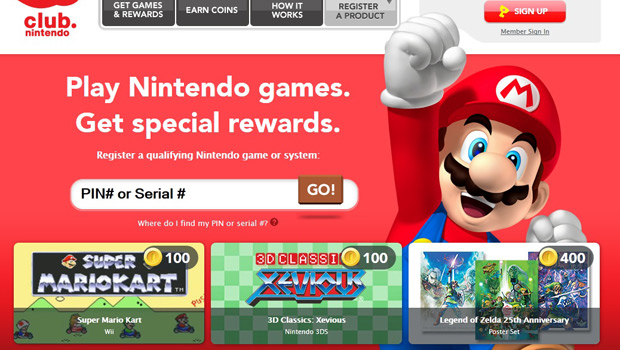 Nintendo has been making some serious fan-pleasing strides in the past couple of weeks. Xenoblade Chronicles was confirmed for a North American release, the new 3DS update came and provided a host of welcome additions and fixes, and now Club Nintendo is undergoing renovations of its own.

The site isn’t completely ready yet, but once it is, you’ll be able to exchange your coins for actual games on the Wii Shop or 3DS eShop. They are pretty inexpensive, too! The first batch will include Fluidity (150 coins) and Super Mario Kart (100 coins) for Wii, 3D Classics: Xevious (100 coins) and and Mario vs. Donkey Kong: Minis March Again! (150 coins) for 3DS. After January 10, those games will be removed and different titles will take their place.