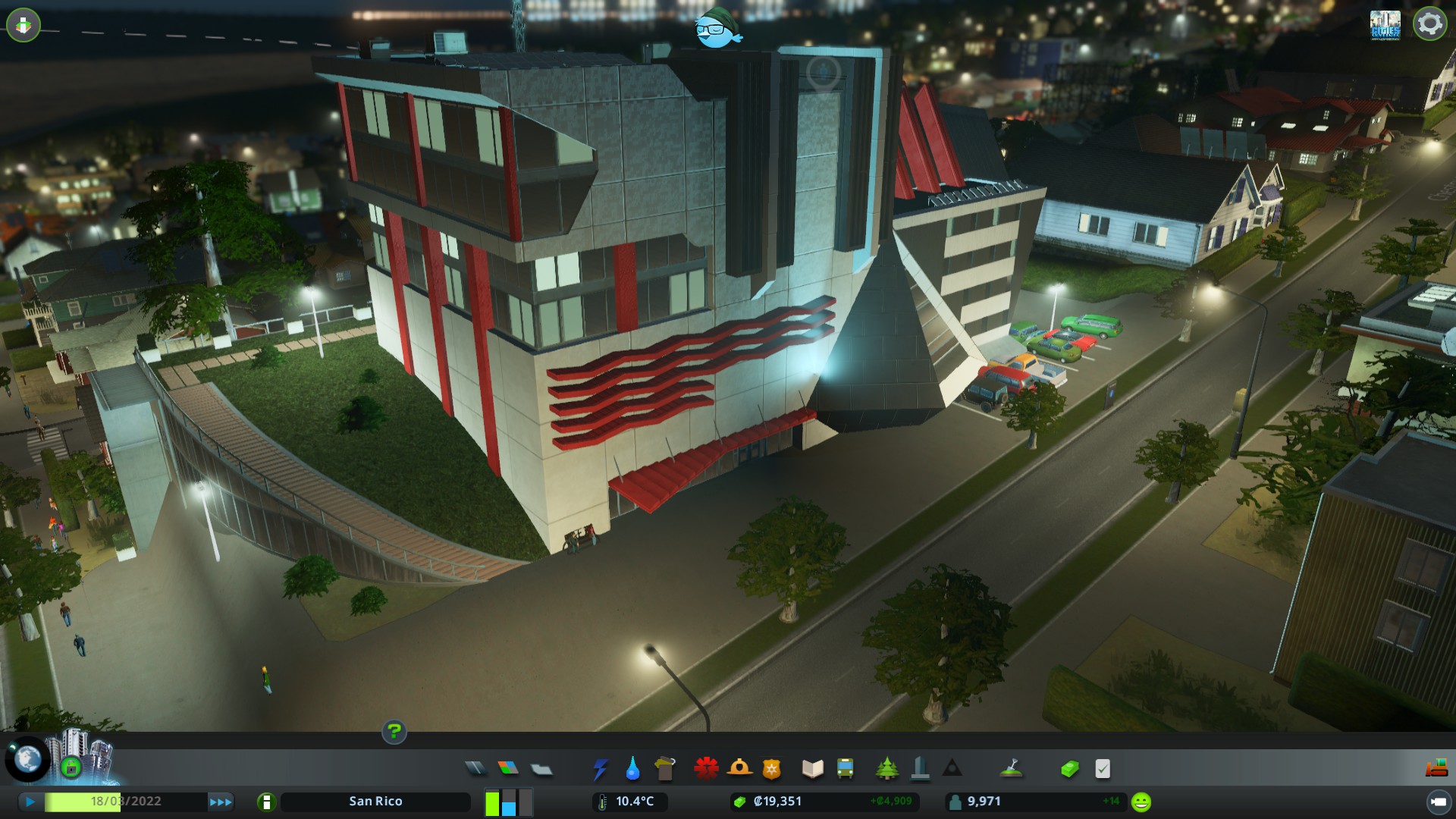 It’s not easy being green

My fledgling city had been laid out in neat little rows; everything in its place. While I had yet to rid myself of my toxic coal plant, wind turbines were being raised to supplement it. My citizens were happily recycling one-hundred percent of their garbage, and my economy mostly consisted of a firmly-managed lumber industry. Sure, I received angry tweets from environmentalists, but you can’t please everyone.

Then I saw it. “Self-sufficient residences.” A massive savings in energy and waste consumption, at the cost of tax-income. My lovely little town of budding craft beer makers would finally get off the grid! I clicked it.

I had failed to realize that doing so would demolish every last residence in my city for failing to be “up to code.” I had just evicted everyone. Tax income be damned; I didn’t have residents to tax! 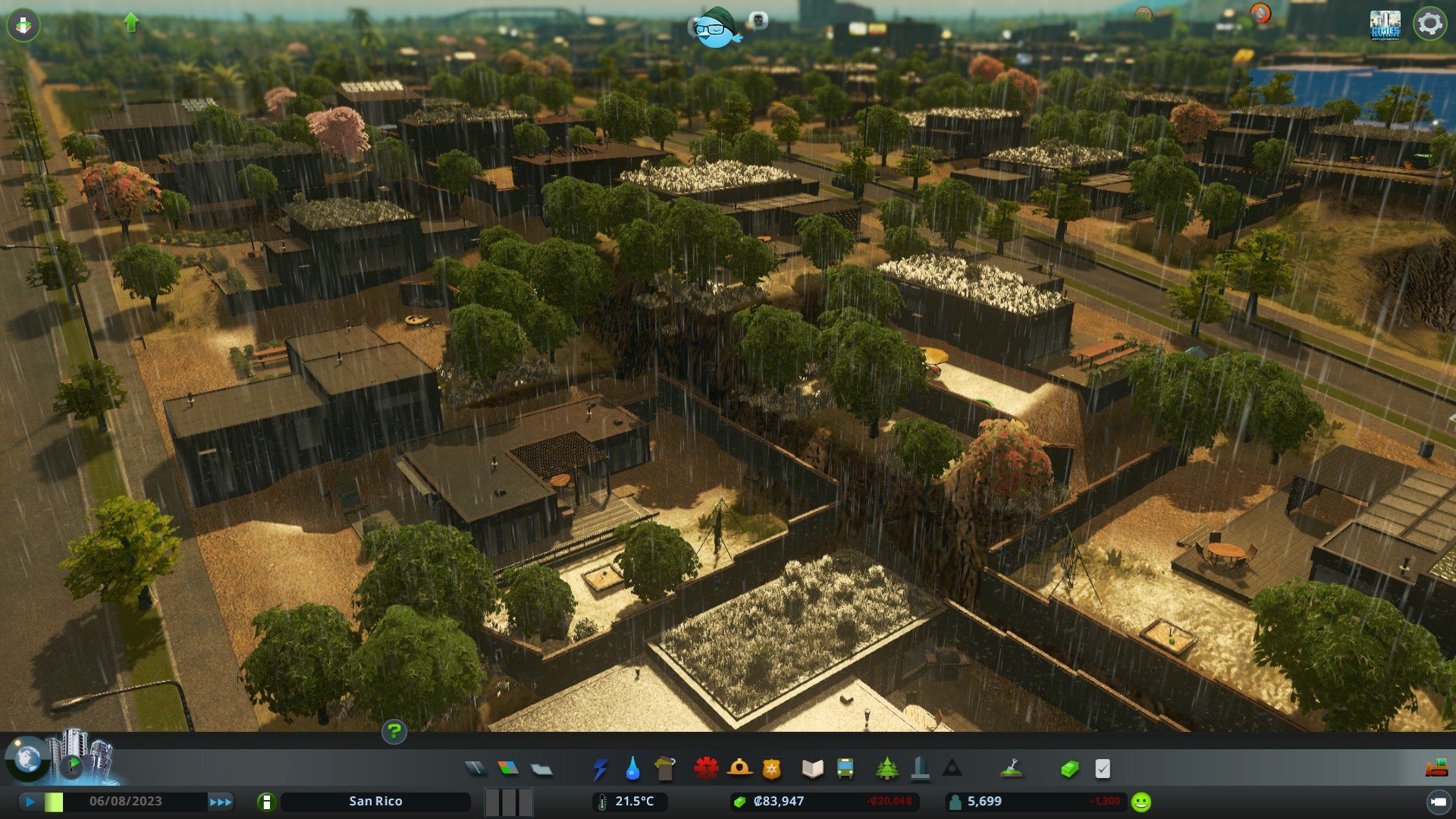 Cities: Skylines – Green Cities is out today at the cost of $13, and other than some pitfalls for the foolish or fiscally irresponsible (“Why yes, I would like to force my heavy industry to filter its toxic waste at a per-building cost – what could go wrong?”), it lacks the difficulty curve presented by expansions like Natural Disasters and Mass Transit. Primarily an asset pack, Green Cities throws 350 new objects at you in various forms. This (rightfully) sounds like a ton, but that’s also spread across the DLC’s multiple new district specializations, such as my ill-fated brush with self-sufficiency.

In my attempt to create a pollution-free city, and admittedly little experience with the Mass Transit expansion, I was never going to make the next Portland. With the new IT Sector specialty (employing fewer people at higher taxes), though, I could emulate the second-most hipsteriest place I know – Seattle.

Like the region’s own humble beginnings, I too started with a massive lumber industry. Replacing the city’s historical reliance on prostitution, I instead enacted the Organic Local Produce specialty. Reducing import costs and traffic, I used it to appeal to my teensy environmentalist’s love of electric cars, locally-sourced kale, and legalized marijuana. “Healthy Weeds” stores cropped up left and right, alongside a vast number of coffee shops. With the assets spread as they were, the same store can be repeated three or four times in a row – I had effectively created the, “Starbucks across from a Starbucks” problem. 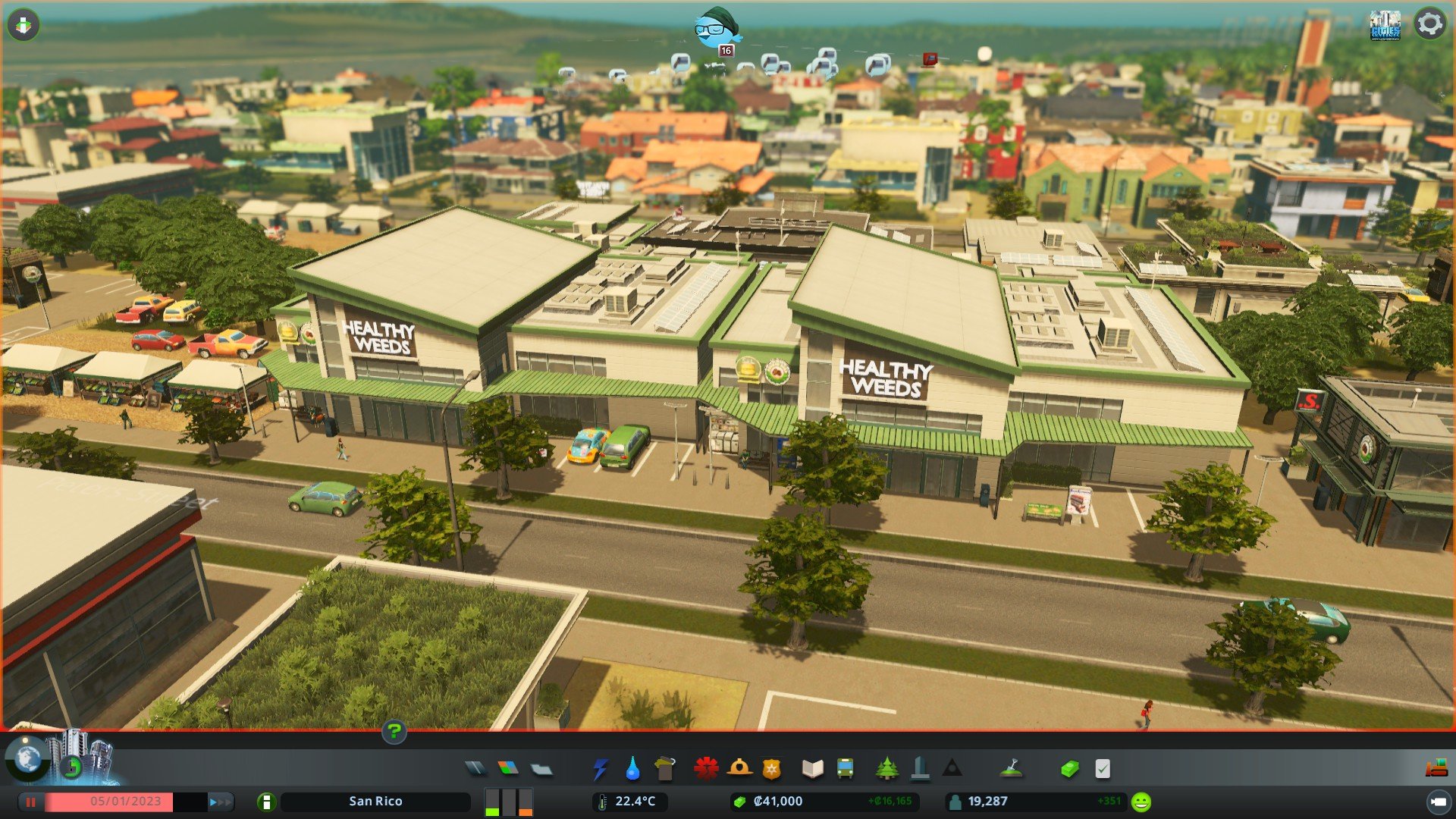 It wasn’t long before my socially-conscientious lumber-town burgeoned into a series of colleges feeding doe-eyed, bespectacled hopefuls into the maw of my new Silicon Valley. I had long-since realized that I would never learn the intricacies of Mass Transit in time to look impressive for this article, so instead I took another lesson from Seattle – I half-assed a bus system and shoehorned in a series of bike lanes into downtown. “Most beautiful city in all of the land,” my knock-off Twitter feed read, even as I gazed down, wondering how the hell my city hadn’t imploded yet.

But that’s Cities: Skylines for you. It’s about the slow reward. Eventually, I’ll tear down everything and actually build a real public transport system, but in the meantime, I’ll use new policies like forcing everyone in the city to drive electric cars. Conversely, you can simply ban combustion engines from certain districts. Like with districts, these have a balancing cost that can get a bit wonky at times, but can be fun to figure out. Alternate education buildings, trade teaching capacity for resource consumption. Oh, and you get to smugly say, “We sent little Xander to the Institute for Creative Arts, not your plebeian high school.” 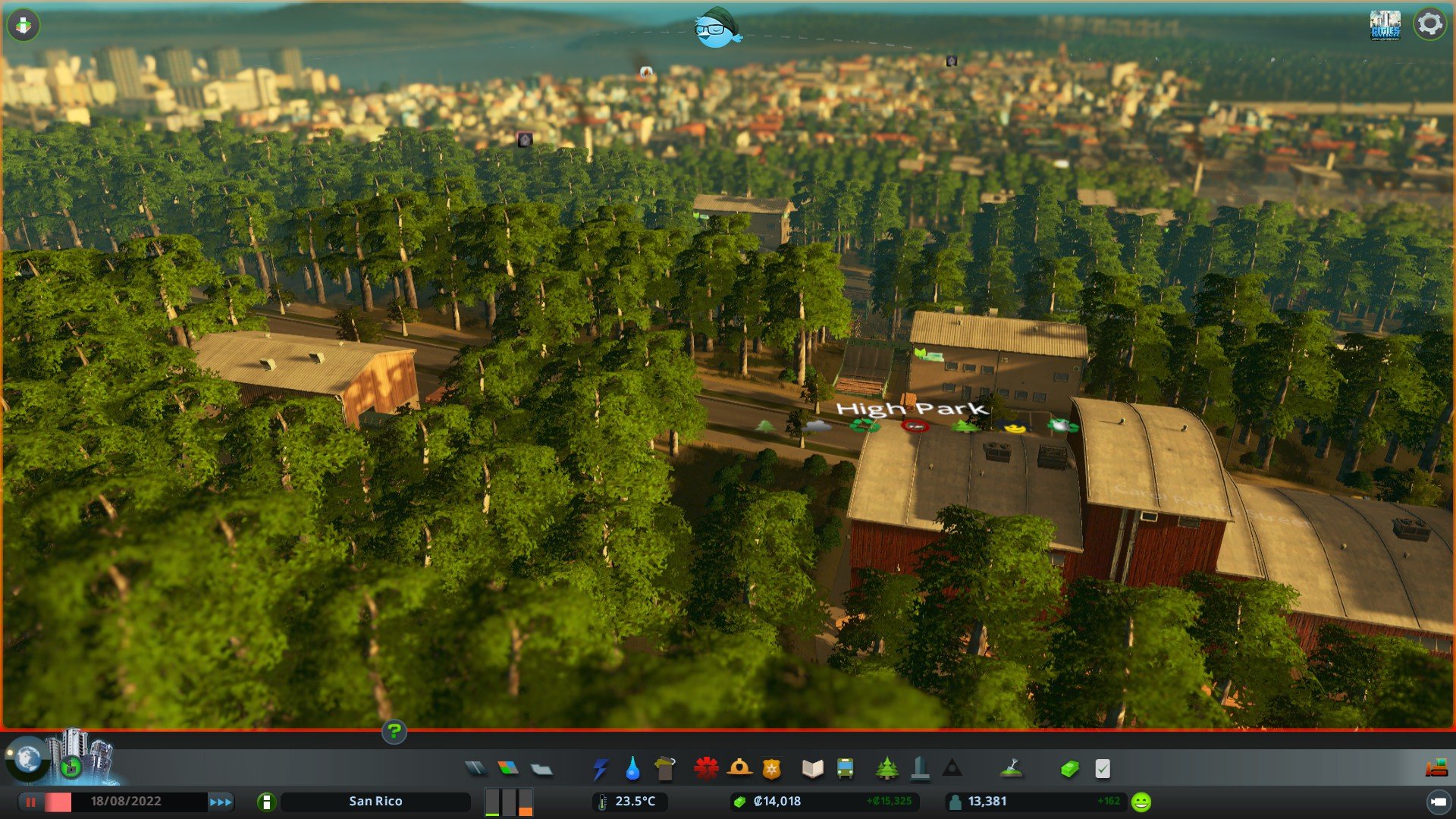 This isn’t a necessary DLC by any means, but it will add a ton of variety of your cities: new visuals, energy and recycling options (the best being those that get rid of that damn waste water I accidentally let flow onto my beaches), some neat policies and districts, and these great “floating” buildings that attach to the shore, creating yet another lovely backdrop for your cityscape. With the free patch opening up additional modding tools for roads and buildings, the whole package is a breath of fresh air.