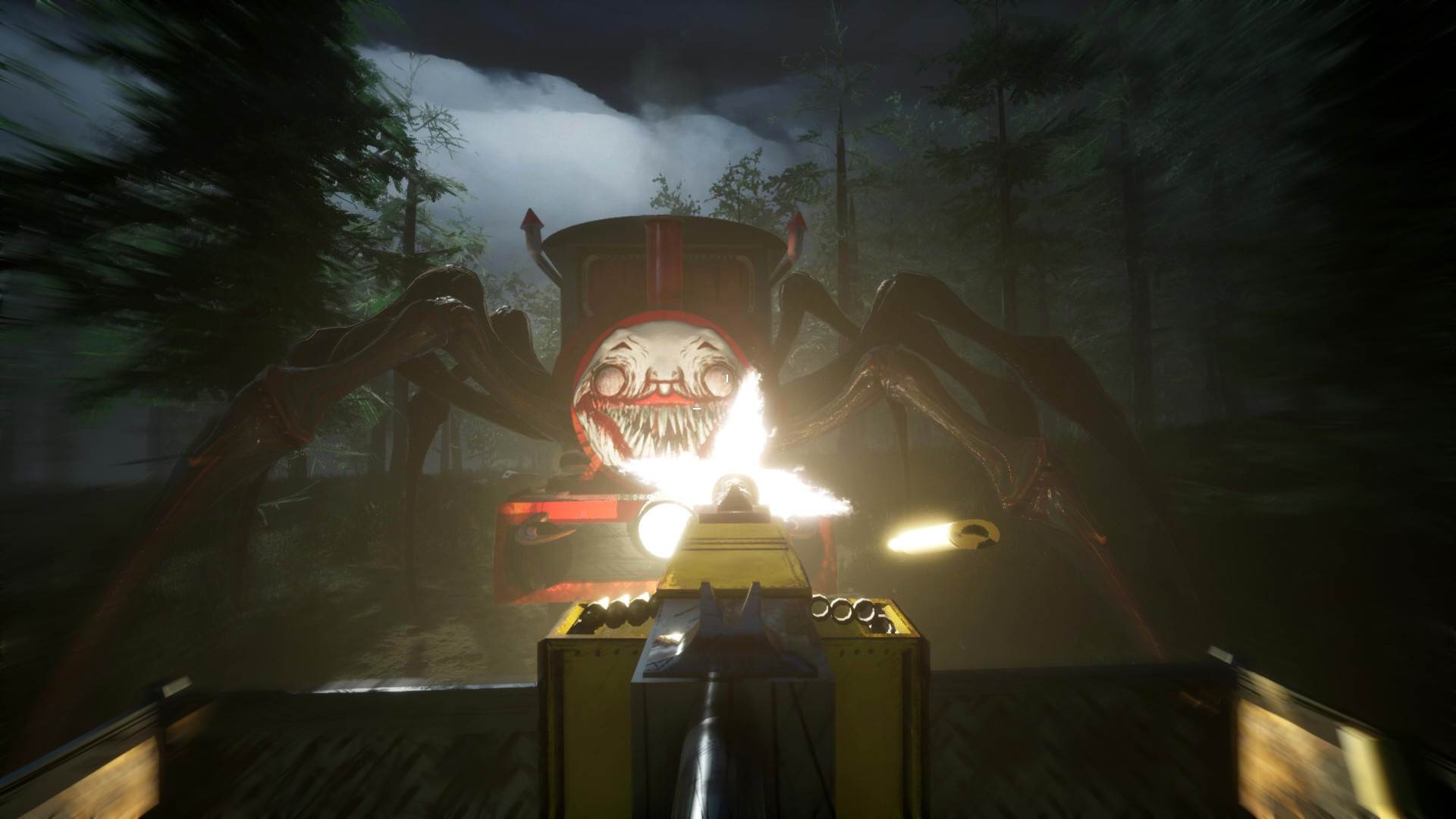 If you were around social media this weekend, you probably saw a trailer going around for Choo-Choo Charles. It’s an upcoming horror game with a very intriguing setup: there’s an evil old train, and the only way to beat it is to build your own railcar of death.

Choo-Choo Charles will have players venture around the island, completing tasks for the locals and looting scrap. All the resources can go back into their own train car, which can be improved in speed, damage, and armor until this little engine car can take on big, bad Charles.

And man, does Charles look outright terrifying. To the folks that thought up “train car but give it spider legs,” good work, it’s scary.

According to the Choo-Choo Charles Steam page, develop Two Star Games says helping out the settlers in town will help you get high-powered weapons and other items vital for stopping Charles in its tracks. All acquired while sneaking around and, obviously, avoiding the terrifying monster train.

Eventually, once your car is big and powerful enough, you can toot the horn and take on Charles. It’s a really novel idea for a horror game, pulling in the kind of horror that made Thomas the Tank Engine in Skyrim so terrifying, too. And I love the idea of a moving base that you steadily upgrade, turning your rickety get-away vehicle into a train-killing behemoth.

This might be one to keep an eye on if you’re looking for something fresh in the world of horror. Choo-Choo Charles is currently targeting a release date sometime in Q1 2022. You can add it to your wishlist on Steam here.