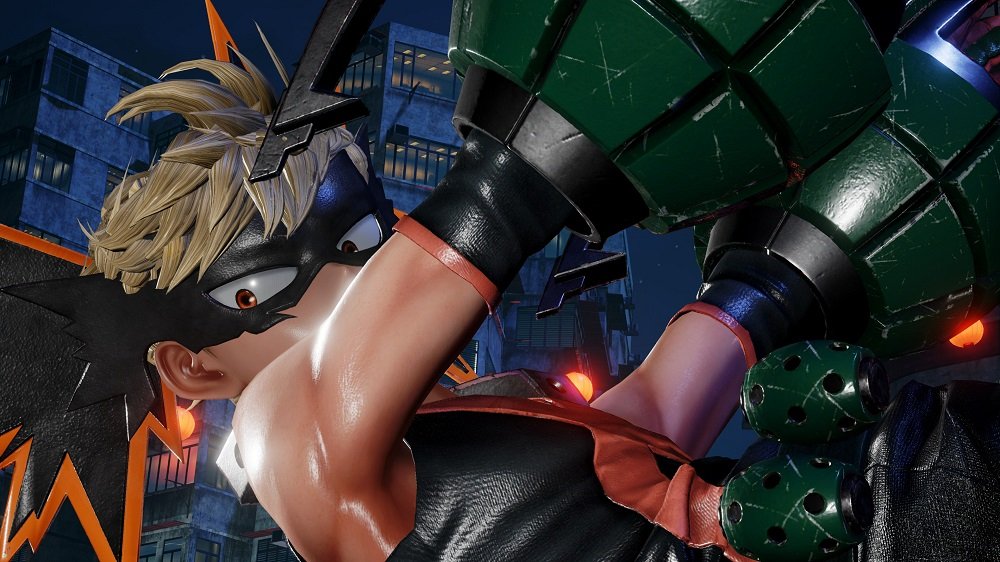 Bandai Namco has released a few teasing screenshots of My Hero Academia star Bakugo, who is headed to anime crossover fighter Jump Force as one of the title’s DLC characters.

Katsuki Bakugo is a hero-in-training from super-popular anime series My Hero Academia. Of the series cast, Bakugo has one of the more unlikable personalities. Brash, rude and highly volatile, Bakugo obsession with victory, eye for strategy and fragile pride make him a formidable hero, but a questionable personality. Still, he’s on the side of the good guys, regardless of his crappy attitude.

You can check out the screenshots of Bakugo in action below. There is currently no specific date for when he will be joining the roster, but he will be made available as part of the Jump Force’ Character Pass, alongside fellow MHA alumni All Might, Naruto’s Madara Uchiha, One Piece’ Trafalgar D. Water Law, and several other anime all-stars.