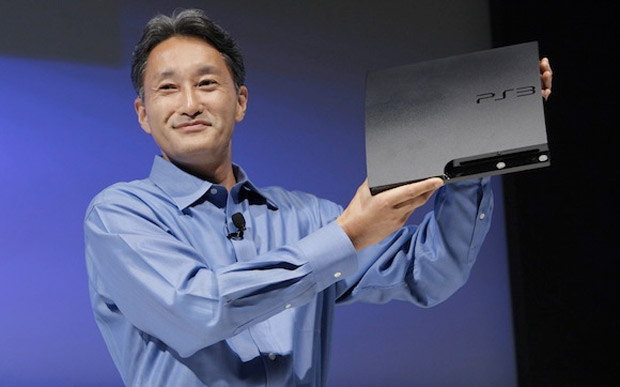 With rumors about the next game consoles intensifying over these past months, it feels like 2012 might finally be the year when Microsoft and Sony let the details slip. But not everyone is so optimistic, and in the case of Sony, nothing is in the pipeline for E3.

During this week’s Consumer Electronics Show, Sony’s Kaz Hirai responded to a roundtable question regarding whether or not they would announce the successor to the PlayStation 3 during June’s trade show.

“Andy [House, president of Sony Computer Entertainment] is absolutely right in that we are not making any announcements at E3. I’ve always said a 10-year life cycle for PS3, and there is no reason to go away from that.”

Your first response might be “Well, of course he’d say that!” And you’re probably right. But given that this will be the PlayStation Vita’s first post-release E3 — and a bunch of other factors — I can see strategic reasons behind why Sony wouldn’t want to make an announcement yet.