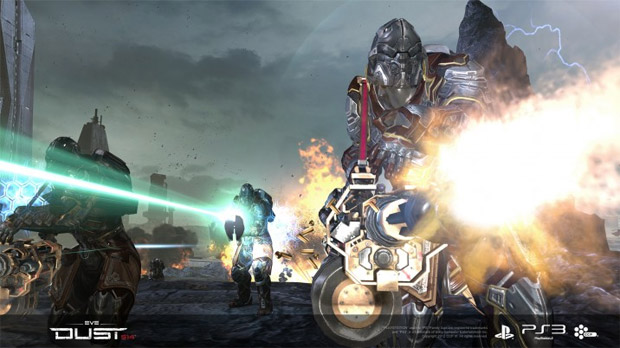 Hold on to that PlayStation 3

EVE Online developer CCP has high hopes for its PlayStation 3-exclusive Dust 514. Chatting with GamesIndustry International, executive producer Jonathan Lander revealed “Our plan is that we want in another ten years to be having ‘EVE is 20′ and ‘Dust is 10′ [events].”

According to Lander, “The whole way that we’re doing our development process is so that we can push out expansions on a regular basis. We’re not going to ship a unit and then in six months it’s off the shelves and people have stopped playing it.

“We’ve got a five-year roadmap with a whole load of things we’d love to put into Dust. We’ve got crazy ideas that will take us through another 20 years of development,” he continued. “You get to learn something about the Icelanders which is only… I don’t know of a different country of people that would be quite mad enough to do this. When they formed the company in 1997 they had this vision and everyone said ‘you’re crazy, you’ll never do it’ and we shipped [EVE Online] in 2003 and we’re still going, into our tenth year.”

While it isn’t difficult to be skeptical about Dust 514 living for five-plus years with an active player base, I’m impressed to hear that real thought is going into treating the game as a long-term service. Those of you who have had server support removed from titles you own can surely relate.