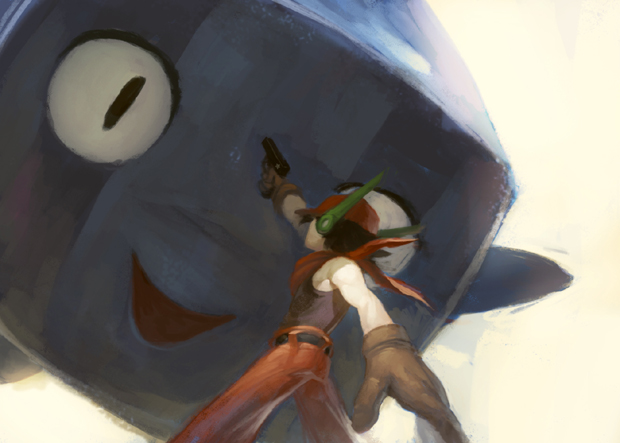 It’s good news/bad news time again. Good news first- Cave Story Wii has been resubmitted to Nintendo for approval. The game was supposed to be out months ago, but for reasons unknown, Nintendo has been holding it back. I played a very final-feeling version of the game at E3 this year, which makes me think that the game has been done for a while. The word on the street was that the game’s translation needed changing before it could be releases, but I’m guessing that there’s more to it than that.

Which brings us to the bad news.

Some mysterious changes have been made to Quote, the game’s main character. His iconic red hat and pants have now been replaced with a yellow and brown ensemble that’s much less flattering. Happier people than myself are guessing this change signifies DLC palate swaps for Quote, or even better, a new 2-player co-op mode. My guess is that Nintendo thought that the original Quote looked too much like Ash Ketchum, and wouldn’t let the game come out until the character was changed. You can see the original Quote sprite, the initial WiiWare revision, and the latest yellowed-up sprite all in the gallery.

So what do you think?  Am I being paranoid, or did Nintendo just force Quote to start dressing like Devo circa 1978?