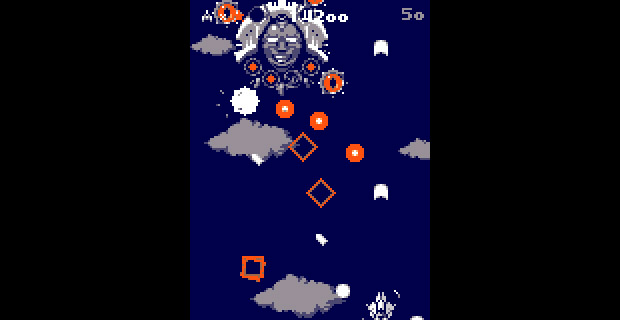 It was only a few weeks ago that we had Tyrone Rodrigues, President of Nicalis, publisher of eShop versions of Cave Story, VVVVVV, and NightSky on Sup Holmes. We commanded Tyrone to tell us about everything he was working on, and given the amount of info he dropped on us, I figured he was good for his word.

But the bastard was holding out on us.

From the sounds of it, Nicalis is also working on bringing Daisuke “Pixel” Amaya’s super-blue shmup Guxt to 3DS as well. Like the enhanced eShop port of Ikachan (which is planned for release sometime in December), the plan is to put out Guxt on the eshop for an affordable price. Info is scarce at the moment, but we do know that the addition of an arcade-style vertical screen display is in. We can assume 3D graphics will be in too, but I’m going to wait for official comment from the bastards at Nicalis before I say more.