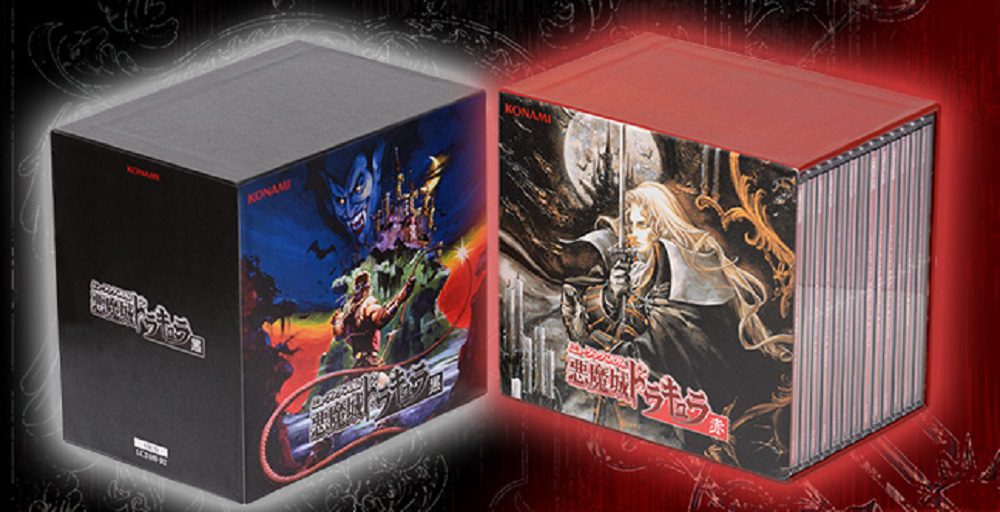 I just want 13 CDs of ‘Theme of Simon’, honestly

There is perhaps no single more important and immediately recognizable element of the Castlevania franchise than its evocative and enduring soundtrack. Well, maybe Medusa Heads, but that’s beside my point. And for those of you who dig the crazy rhythms of Dracula’s castle, this upcoming soundtrack collection should be on top of your holiday shopping list.

Launching in Japan this December, the Castlevania Soundtrack Collection will consist of two distinct releases: Castlevania Black and Castlevania Red.

In addition, customers who pre-order Castlevania Black and Castlevania Red will also receive a 14-track bonus CD, containing the MIDI arrangements of SNES release Castlevania: Dracula X. The damage? Well, the Castlevania Soundtrack Collection retails locally for ¥28,600, which is a cool $255 USD. Yowzers. But if you fancy picking up this premium Castlevania collectible for your own music collection, then pre-orders are open right now on the official Konami store. Western audiences might find it easier to trawl import sites, though with the item being sold at such a premium, it might be difficult to find a carrier outside of Konami itself. The collection will launch on December 15.

In the meantime, be sure to check out Chris Carter’s review of the Castlevania Advance Collection.