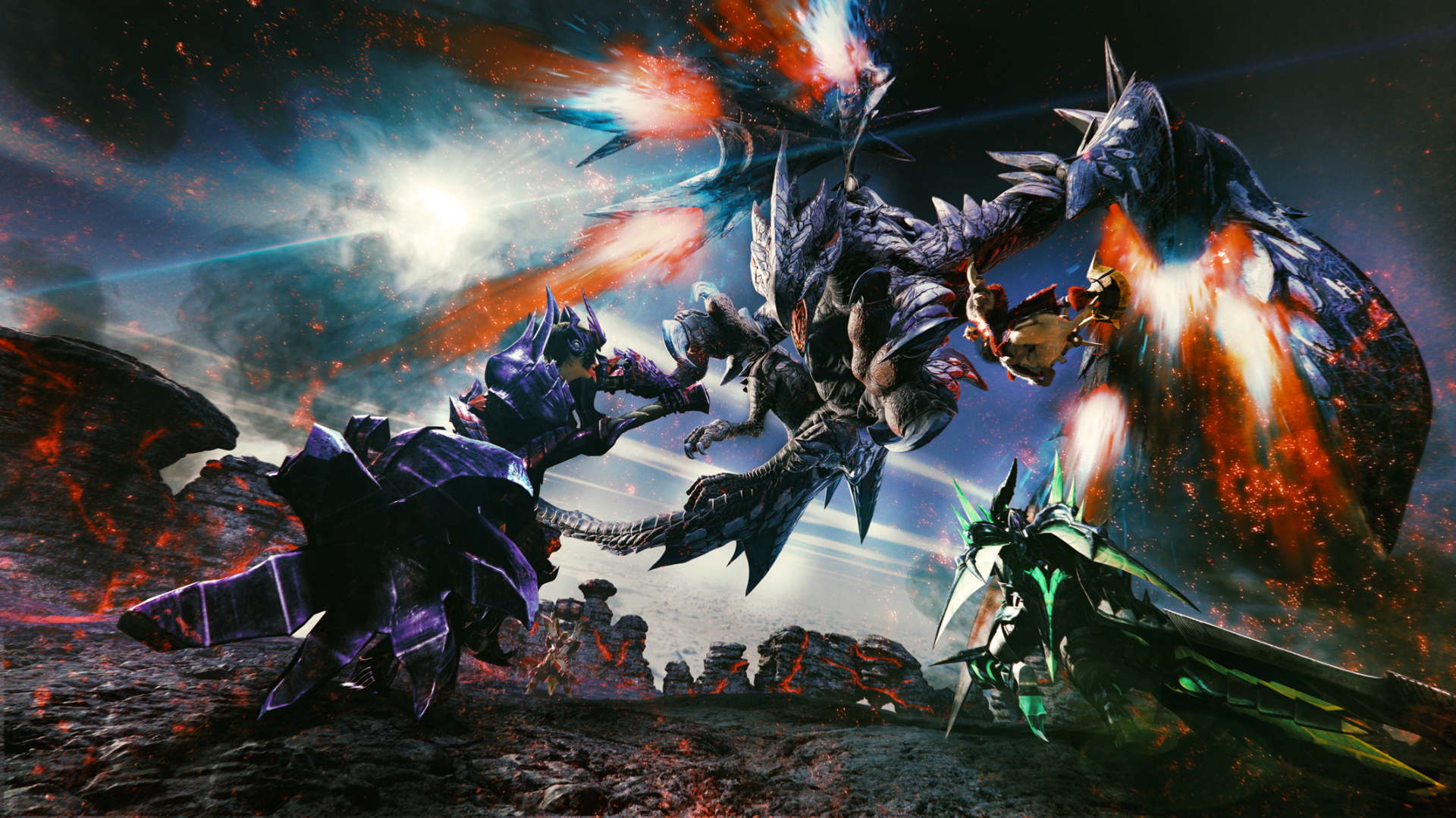 Just announce the next game on Switch, already

Last week, Capcom announced Monster Hunter XX, which adds G-Rank and two new hunting styles to X (Generations in the West). Considering I’m still working my way through Generations, this is all a little overwhelming, but I’ll probably still compulsively buy it and have my hands cramp on my 3DS through every arduous battle. According to a Esuteru post spotted by NeoGAF’s zeromcd73, Capcom wants to extend the series’ reach in the West, which may mean a focus on consoles.

On the NeoGAF thread, zeromcd73 explains that “the handheld market is only 10% of the dedicated video game market compared to Japan where handhelds are popular, and that [Capcom is] taking the proper procedures to make sure that Monster Hunter grows overseas.” There’s plenty of speculation that we’ll see the series on the Nintendo Switch, which would make sense considering the on-the-go nature of hunting beasts and stealing their skin.

Since I don’t personally know zeromcd73 (I’m sure you’re a great person!), instead of solely going by their breakdown of the post, I ran it through the always-reliable Google Translate. Here’s the relevant words from Capcom’s chairman:

it is inevitably consumer we therefore, after all and does not make what you sell abroad useless

” Monster Hunter 4G is I have low overseas sales ratio, but this is after all the United States of the portable device of the market it is
not only 10% of the stationary.
So this is not a factor of 10 and is not a real market. then, would be such Fu called do not become go and 10-fold in more not a portable device to Q.Nintendo Switch multi-platform deployment is possible either. for A.PlayStation 4 and multi-deployment to Nintendo Switch of Xbox one’s software is currently a variety ofbeen fully tested, not the stage is I would like. However, Nintendo Switch the PlayStation 4 and Xbox one and it will not feel how to play and the direction sought to differ.

You got all that, right? From what I can parse, Capcom has high hopes for the install base of the Xbox One and PlayStation 4, especially the latter. The Xbox One’s software is still being considered and not where the developers would like it to be. The team also seems to be concerned about console parity.

How many of you who aren’t into the series would jump on if there was suddenly a new game that didn’t look like your character was made of jagged edges (Jaggis, for you MonHun fans!)? To be fair, I’d fully expect Capcom to just upscale older assets instead of completely starting anew.