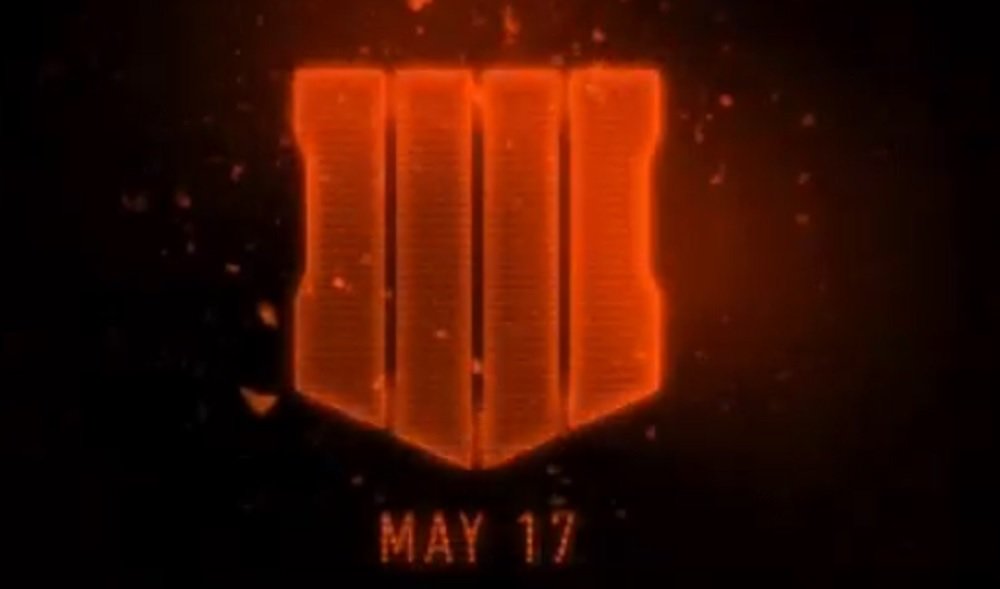 I wonder what kind of game it will be

It isn’t long before Activision raise the curtain on this year’s Call of Duty title: Black Ops 4. In fact, the publisher are stoking the fires a little early, dropping teasers on the franchise’s official Twitter account.

A tweet that went up this weekend features a gif, almost indiscernible, of some form of shooty tool being locked ‘n’ locked, before the ominous four bar logo appears, further destroying all support of the Roman numerical system. This image is accompanied by the date “May 17,” which is Thursday.

With each passing year, it seems more publishers show off their wares prior to gaming industry event E3. What was once the place to premiere your big release for the year has now become a stage for “and here’s some more of that game we revealed last month”. Many titles, teasers – even gameplay footage – now appear before the Los Angeles-based event, perhaps to avoid getting lost in the pack on the big week itself.

Either way, we’ll be seeing much more of the exciting new CoD title in a just a couple of days time. I’m guessing military-based first-person shooter. Call of Duty: Black Ops 4 launches October 12 on PS4, PC and Xbox One.