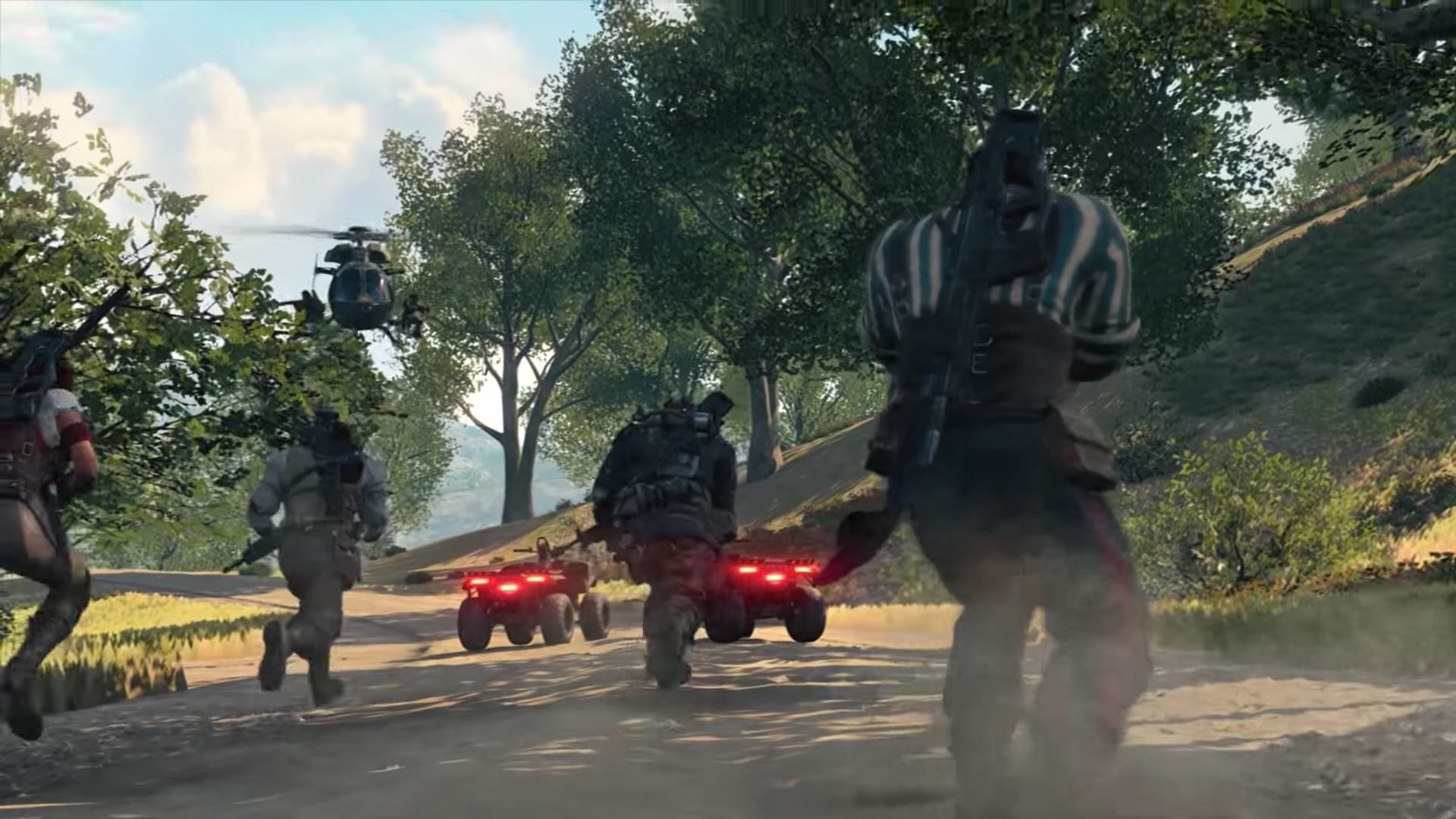 Call of Duty: Black Ops 4 players will get their first real look at the game’s battle royale mode Blackout on September 10. The beta is set to debut on PlayStation 4, with other platforms to follow, and you’ll have access to solos, duos, and “quads.” Little else is known about Blackout, but as seen in recent teaser footage, you can fly a helicopter. I apologize in advance to my boys for my (lack of) flying skills.

I’ve yet to play the Black Ops 4 multiplayer beta, but I’m genuinely curious to try Blackout. Speaking of which, if you already have the beta client, you’re all set. Treyarch is simply updating it for Blackout.

At this point, we’re mostly left to imagine what the mode is like. I hope there’s some originality.