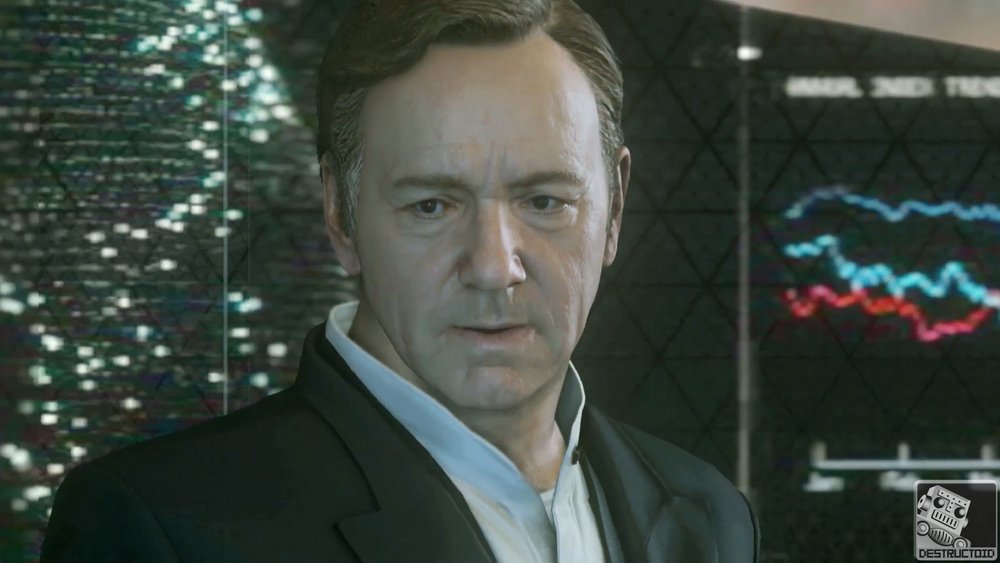 [Update: Activision released an official trailer for Call of Duty: Advanced Warfare on its YouTube channel. See what you did, Destructoid?]

The official reveal of the next Call of Duty is imminent. We’ve seen a screenshot out of Game Informer and have a countdown set to go off Sunday morning. But let’s not wait for that.

Word has it via an untitled, “leaked” audio recording that actor Kevin Spacey will play a role in the Sledgehammer-developed title. Variety connected the dots using a visualizer on the audio file to come up with an image that looks like a man holding a weapon. His involvement has since been confirmed. And going off that VICE-produced video about private military companies released earlier today, we know the game’s general theme.

Through a trusted source, Destructoid has learned the new Call of Duty, subtitled Advanced Warfare, revolves around a soldier of fortune group run by Spacey’s character that has turned on the United States government. As shown in the leaked media attached to this post, players will wear exosuits to jump super high, scale buildings, and cloak themselves. Also, hoverbikes.