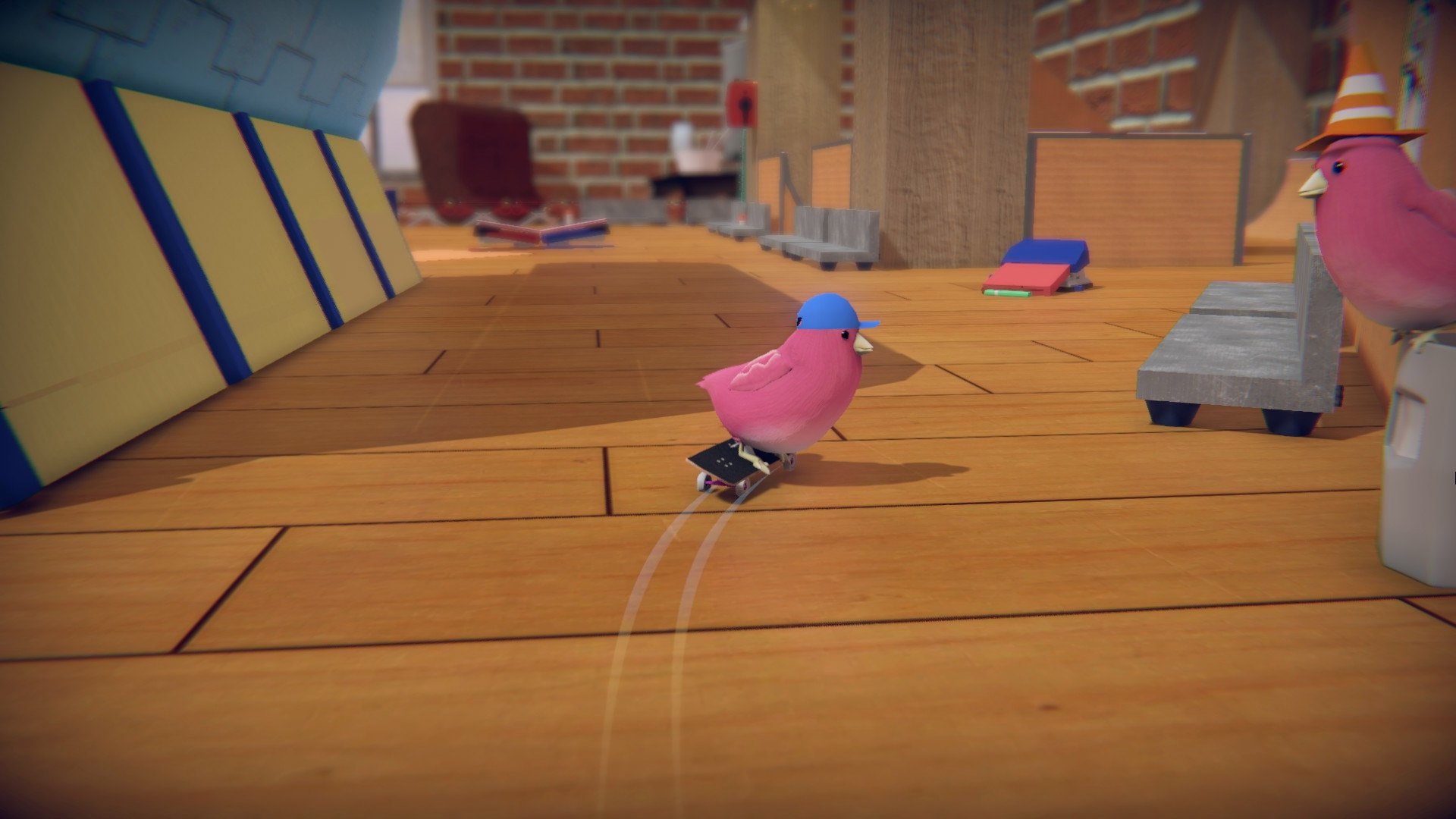 I am enamored with Skatebird, an appropriately-titled skateboarding video game that’s releasing on Steam and – as announced today during the Indie World showcase – Nintendo Switch in 2020.

I’m not the type of person who expresses their love through musical jingles, but if I were, I’d want to come up with a little ditty to celebrate all that Skatebird stands for. If you’re up to the challenge, you have my express permission to adapt the lyrics from Avril Lavigne’s 2002-as-hell “Sk8er Boi.”

A bird on a skateboard? Cute.

A bird with a little hat on a skateboard? To die for.

The fact that you’re not just performing tricks, but you’re also scouring miniature skate parks for hidden mixtapes and apparel fills my heart with joy. That’s the secret sauce. This might not be the exact Tony Hawk’s Pro Skater or Skate successor we’ve been clamoring for, but it’s by no means a fleeting gimmick.

The Nintendo Switch version, in particular, is planned for “late 2020.”