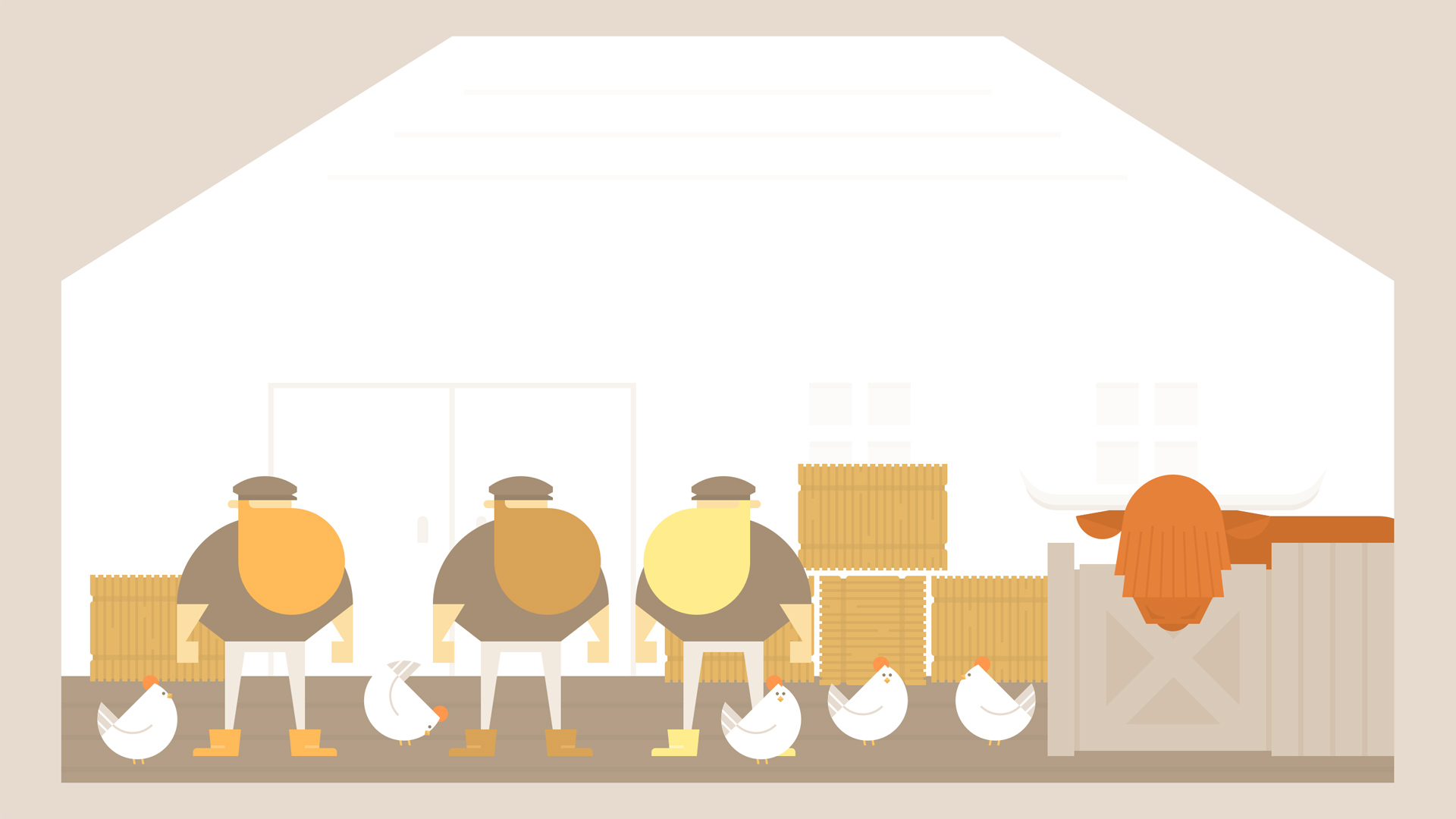 Strolling through the Indie Megabooth at PAX Prime, Burly Men at Sea stood out thanks to its clean, charming art direction. The adventure game has a small presence within the bustling independent area, but I sincerely hope other convention goers drop by and get lost in its 20th-century Scandinavian tale.

Much of what I played is summarized in this teaser video. Our protagonists are three bearded fishermen about to embark on a journey far outside their normal life. Early on, it’s a lot of poking around in houses and chatting up locals for leads. This is a point-and-click title, after all.

But the writing is sharp and the way in which the world is presented is interesting. You don’t have a complete picture of your surroundings until you start moving around. Even then, framing is tight.

I think I would’ve preferred to play with touch controls given the way movement flows, but using a mouse was fine. Burly Men at Sea is coming to Windows, Mac, and iOS, so we’ll have that choice.

The demo at PAX was only a hint, and I am intrigued. Toward the end, a whale swallows the bearded brothers, which one of them finds “really very discouraging.” I helped them escape by finding and tugging on the creature’s uvula, prompting a quick blowhole escape. It’s real cute.

There’s promise of folklore creatures and I can’t wait to see how they translate to this art style.