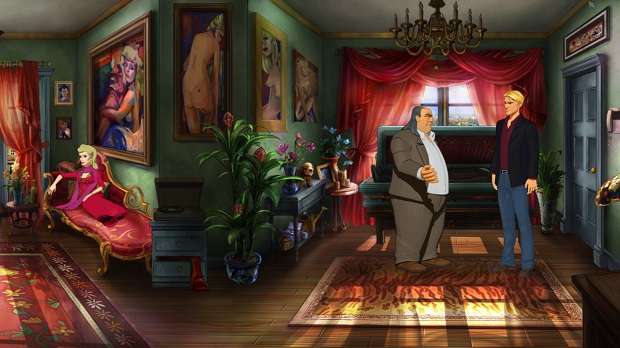 Expect both to be released in the next three months

Long-running adventure game series Broken Sword ran a successful Kickstarter last year to fund the development of a new installment. Next month we’ll be able to get our hands on the first part of that new game. Dubbed The Serpent’s Curse, the first of two episodes will launch on December 4, 2013 with the second episode coming out a month later in January 2014.

It’s no secret that Kickstarter gave a boost to many game franchises that lay dormant or dead for years, and it wasn’t a surprise to see developer Revolution follow Double Fine’s example. After raising $850,000 in September 2012, we’ll see The Serpent’s Curse on PC, Mac, Linux, PS Vita, iOS, and Android platforms.

The new game will feature franchise stalwarts Nico and George as they investigate an ancient conspiracy that spans Europe. Plus ça change, eh? Of course, the enjoyment is all down to the puzzles and George and Nico’s relationship. If you haven’t played any games in the series, Broken Sword 2 on iOS looks great and still holds up even after all these years.