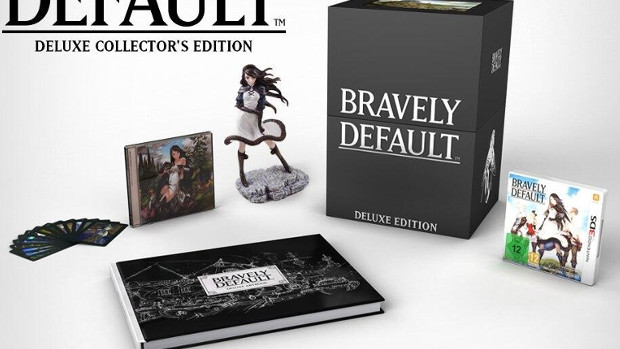 I guess some countries in Europe have bravely defaulted

Recently we learned the UK and US (December 6 and 2014, respectively) release of Bravely Default would be based on the enhanced Japanese re-release, Bravely Default: For the Sequel. We also know its getting microtransactions, as well as some less suspicious additions, like added animation and streamlining.

It also seems it’s getting a collector’s edition, at least for its impending European release. It will include the game, an Agnés figurine, an artbook, a set of 34 AR cards and the original soundtrack on CD. It’s also flying fairly classy looking. I appreciate good packaging.

Siliconera reports the collector’s edition is exclusive to ShopTo.net, though it doesn’t appear to be listed on the site. Meanwhile, pre-orders through retailer Game will get you a smaller art book.