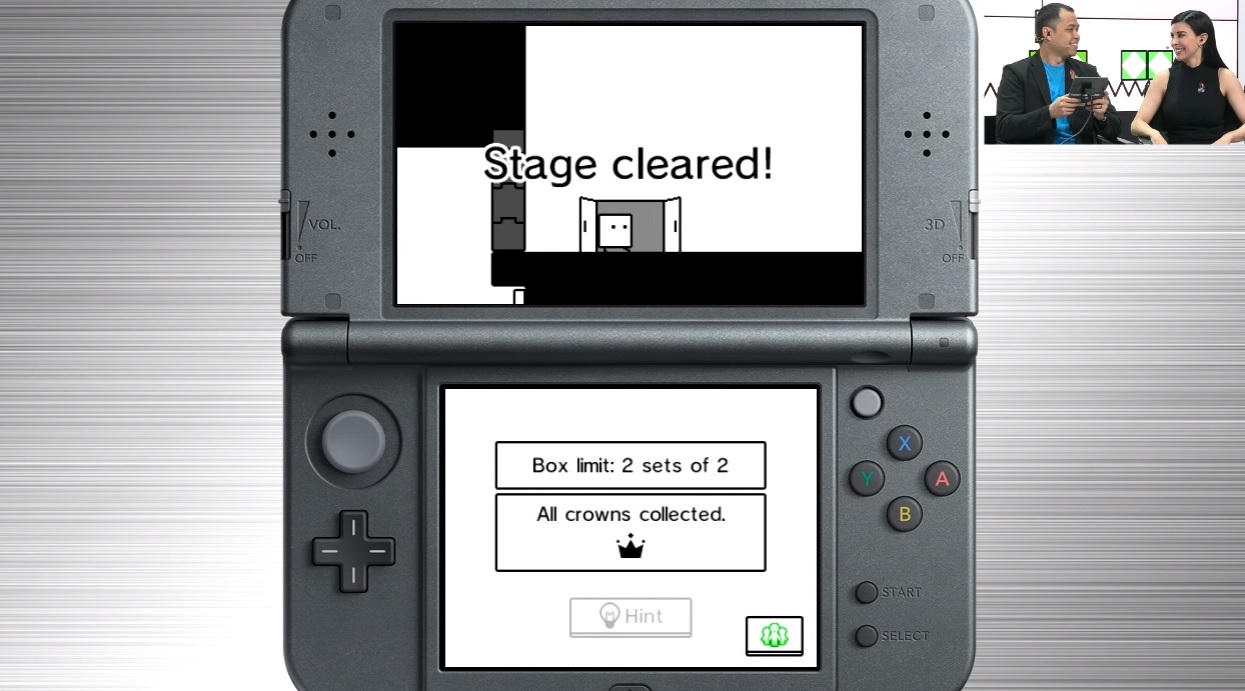 Nintendo had a few low key announcements that people probably glossed over yesterday. In addition to the surprise release of Rhythm Heaven Megamix last night on the eShop, they also noted that BoxBoxBoy!! the sequel to BoxBoy, is coming west.

It’ll hit the 3DS eShop on June 30, and will carry over costumes from the original. The formula looks very similar, but even in the 15 minute E3 demonstration there are some really interesting concepts shown off.