Last year, Borderlands 2 kicked off its Headhunter series of DLC with T.K. Baha’s Bloody Harvest, a Halloween-themed mini-expansion that had players meeting up with zombie T.K. Baha and shooting a lot of pumpkins.

It looks like 2K is continuing the tradition with this year’s Bloody Harvest Celebration, but rather than paid DLC introducing new areas, this one is a limited time event and is available right now as a free update. It alters the area Regolith Range to feature pumpkin-headed enemies, including a replacement of the boss Deadlift with Undeadlift. Get it? Playing through and can net players an exclusive gun called the Jack-o’-Cannon.

It’s an interesting take on DLC, especially for a series that gets criticized for its handling of post-release content. Free stuff is hard to argue with, and I know the time constraint is going to get me to try it out quickly instead of putting it off. Sneaky. 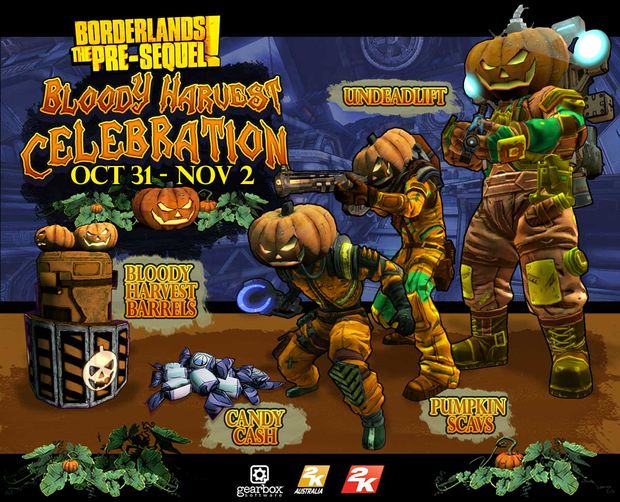