Hands-on impressions of the story mode

[Disclosure: Years ago, Aaron Linde used to write for Destructoid. He now works on Battleborn at Gearbox Software. As always, no relationships, personal or professional, were factored into this preview.]

To sum up Battleborn in an overly simplified sentence, it’s Borderlands at a rapid pace.

Still confused? You and me both. I’m not here to clear that all up — I don’t know anything about the game’s player-versus-player modes, for starters — but I can shed some light on the single-player/cooperative campaign. I got to see and play that at a recent pre-E3 event. 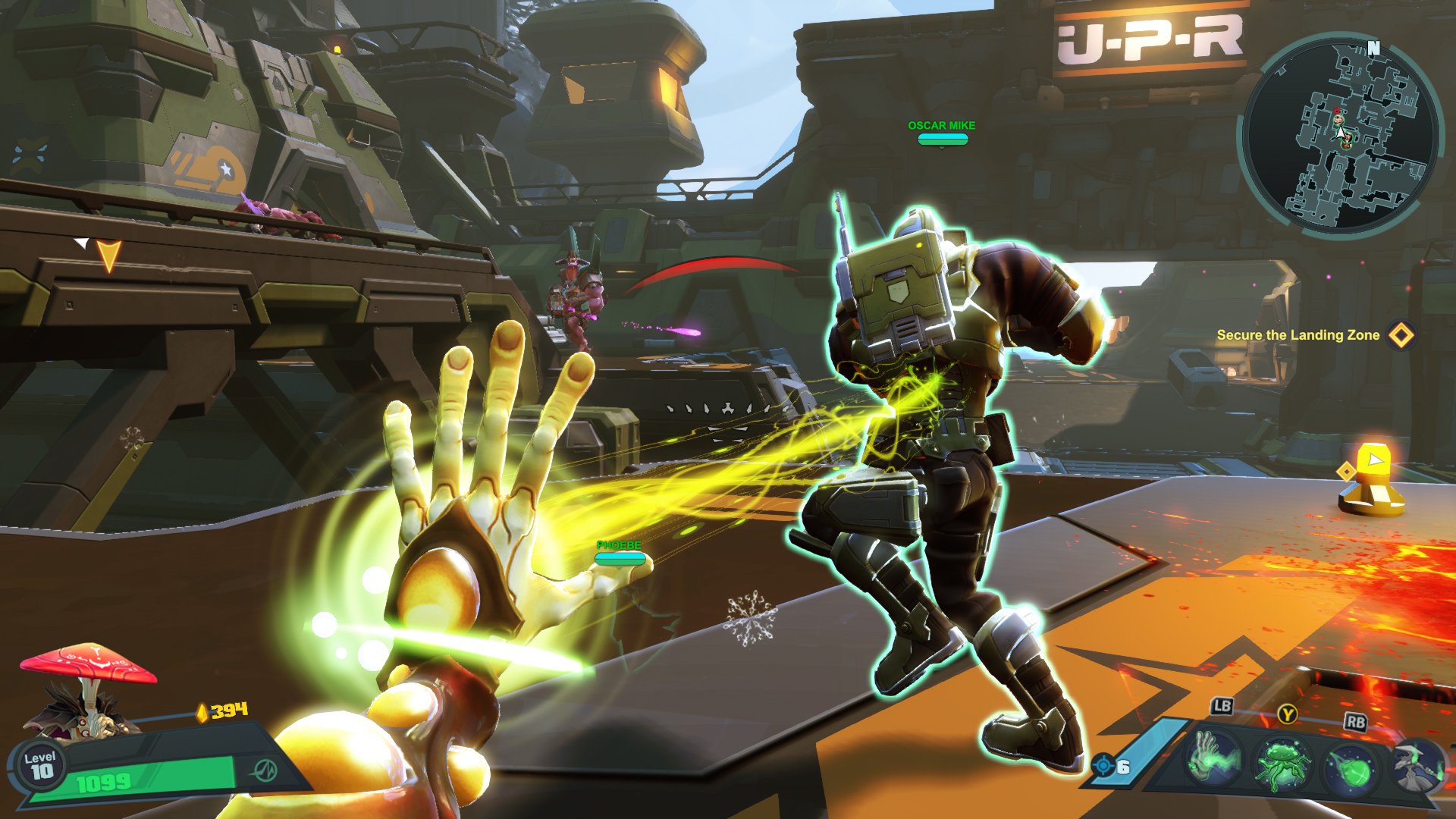 Sure, the copious amounts of loot are gone. And this isn’t a wasteland — it’s the last star in the universe. But damn, Battleborn really will feel and sound familiar to Borderlands players despite having an extended cast of 25 playable characters. The roster has the diversity of a typical MOBA lineup, and the rate at which you’re leveling up and acquiring new abilities matches that genre.

First, Gearbox and 2K had us watch a group of people play a level to, uh, show us how it’s done. Then we played that same level. Then we played it again. Then we played it a third time. The intention was to highlight the variation in characters, I guess — and there’s plenty — but the format also reminded me how grating funny dialogue often becomes on repeated playthroughs.

Our short slice of the campaign was set on a snowy area with suitably solemn music. It was mostly linear, with wider areas interspersed for larger engagements. I first chose a gentlemanly robot sniper who could call in an owl. He was great at safely taking down our primary foe — alien monsters called the Varelsi — from afar while my four co-op partners soaked up damage. 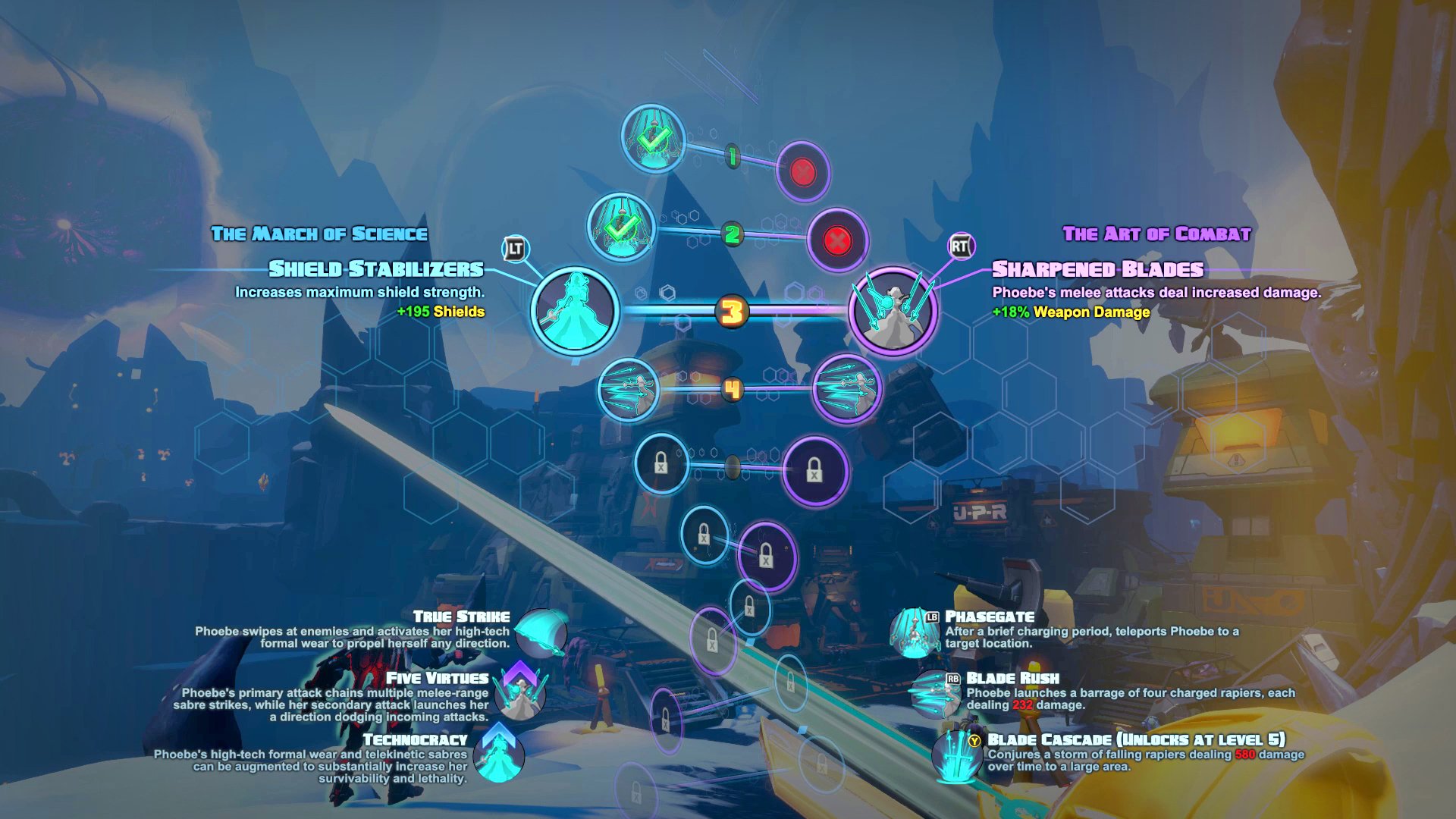 After that, I picked a vampire-looking samurai with twin blades. He was ferocious, but I kept managing to lose my shields and then my health and then I needed to be revived. Sorry about that! I’m squishy! Even if I didn’t quite get a handle on how to play him well, I still enjoyed the first-person slicing. On my third playthrough, I went with a witch who shot dark energy out of her four arms and could open portals from which hellish things would leak out. I liked her.

Leveling up occurs regularly. Again, think Dota 2 or League of Legends. Instead of separate skill trees like in Borderlands, you’re presented with a single either-or decision, one for each of your ten levels. You’re able to choose between things like increased shields or higher weapon damage, and boost certain abilities over others. If you’re like me, you’ll wish you could just have every upgrade.

As for mission objectives, the preview build was a lot of pushing forward, wiping out every enemy. Eventually, we had to protect a spider mech guy as he trundled along to his final destination where an inevitable boss battle took place. Along the way, we picked up shards from chests and fallen foes that could be spent on upgrading the mech’s offensive or defensive capabilities as well as turrets during the final fight. Doing so seemed unnecessary, but I’m sure we were playing on one of the friendlier difficulty settings and that it can get real tough if you want a challenge. 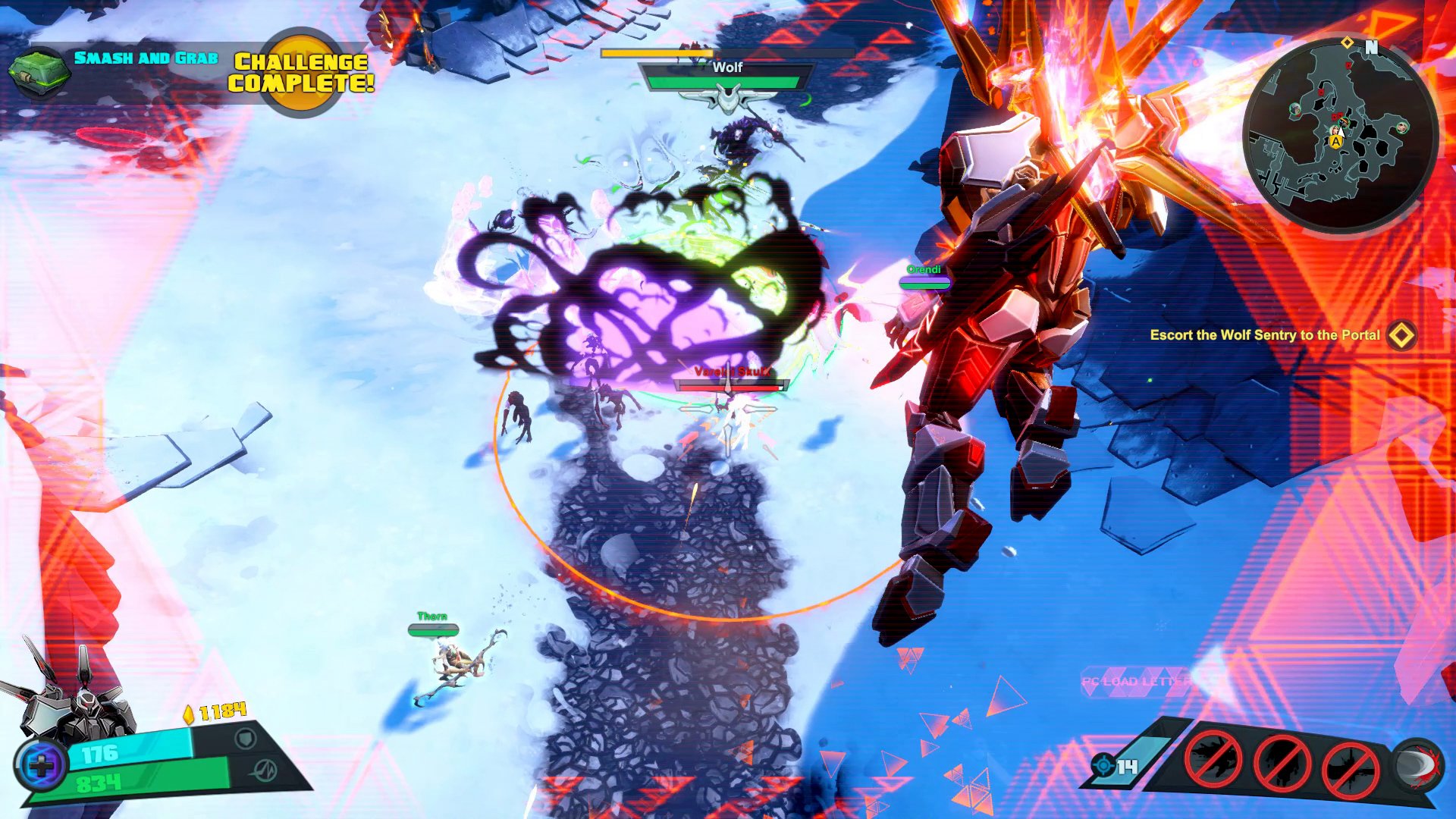 While I didn’t get to see much of Battleborn, I’m more into it than I thought I would be as someone who isn’t particularly crazy about Borderlands. I think it’s the gunplay, which feels tighter here.

There’s also more care-free room for experimentation in terms of character selection and how you want to build them out. I’m unsure about the PvP, but I’ll probably want to round up four friends to run through the story mode when this releases on PC, PS4, and Xbox One this year.