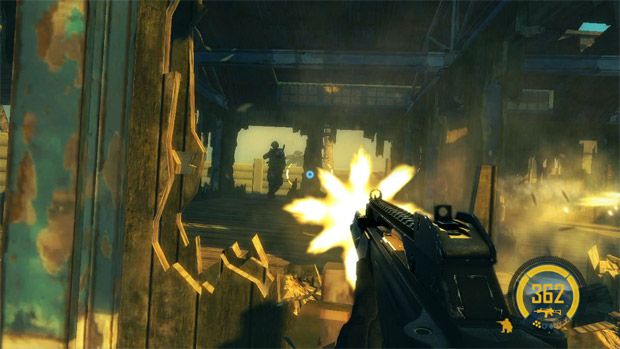 An interesting tidbit came out of a Bodycount interview with Codemasters game director Andy Wilson. “We looked at Bulletstorm and I think it’s fair to say that it was a sort of ‘acid test’ for us,” he tells CVG. “Because they were coming out first we were very interested in how they did and it’s a very good sign.”

“It shows that there’s room around those huge titles like Battlefield and Medal of Honor. It’s nice to see that you can still have multi-million-selling FPS games that are not that. Brink‘s the next one. Brink‘s even more extreme than Bulletstorm. I know it’s having some critical problems at the moment but if it does well commercially then that’s another one …”

It’s funny to see this discussion about the market being saturated by military shooters when we’ve got these three titles, all of which tried to have a standout identity, taking slightly different approaches. At least August is still a ways off.